ATLANTA, Ga. — More than 1,100 Georgia pediatricians have joined a new physician-led network that aims to improve quality of care and eventually contract for payments from insurers.

The sign-ups represent roughly one-third of the pediatricians practicing in the state. 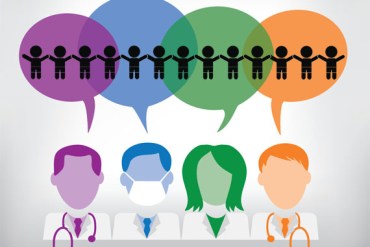 Dr. Robert Wiskind, an Atlanta pediatrician who is the network’s board chairman, said in an interview that members will share and encourage the use of national “best practices’’ of medical care, such as identifying which children with concussions need to get a CT scan.

The doctors, who practice in the Atlanta region, will also share data on how the services and care they each give to kids compares to their peers.

The creation of the Children’s Care Network comes at a time of dramatic change in the way medical providers are paid for their services. Medicare and private insurers are now emphasizing reimbursement based on quality of care, rather than just paying according to how many procedures are done. That’s known as a “value-based’’ model.

At first, the Georgia network will seek a payment bonus from insurers if members meet quality-of-care standards, Wiskind said. The next step may be providing medical services for a fixed fee.

“At some point, once clinically integrated, we may take on [financial] risk,” Wiskind said. “We’re gearing up to be a value-based provider.”

Wiskind pointed to a pediatric organization in Columbus, Ohio, as a model. Nationwide Children’s Hospital in that city runs a large pediatric accountable care organization, managing the care of 300,000 children on Medicaid through its Partners for Kids organization.

In addition, the Georgia network aims to improve the coordination of the care of children needing to see a specialist. It also seeks to achieve group purchasing power and produce overall cost savings.

The pediatric organization is set up as a “clinically integrated network,” which can allow physicians to maintain their independence while taking advantage of their strength as a group.

Chris Kane, a consultant with DHG Healthcare, says that model “is appealing to physicians and hospitals because it can enhance the coordination of care yet maintain the autonomy of the parties.”

Children’s Healthcare, “with its excellent reputation and scope of services, is a natural partner in the network,” Kane said.

Clinically integrated networks have been established in many urban and suburban areas of the U.S., consultant Kane said.

He said that to be successful – and allay any federal regulatory concerns that the networks could fix prices – the networks “have to show strong clinical and financial integration.” That includes use of common information technology, development of clinical protocols, and care review based on those protocols being implemented, Kane added.

A Third Of Ga. Pediatricians Join Together To Form Network To Improve Care