At the Pulmonary Rehabilitation Clinic in Scarbro, W. Va., oxygen tubes dangle from the noses of three miners who are pedaling slowly on stationary bikes. All of these men have black lung — a disease caused by breathing in coal dust. Over time, the dust coats the lungs and causes them to harden. Hard lungs don’t easily expand and contract, and that makes it difficult to breath.

“You try to get air in them, and they don’t want to cooperate with you as they did before,” said retired miner James Bounds, speaking with great effort. Not every coal miner gets black lung, just as some smokers don’t get cancer. But for those who do, Bounds said, the disease is devastating.

“There’s no cure at all,” he said. “It keeps getting harder and harder until one day, I guess, you take your last breath and they won’t expand for you no more.”

Bounds is one of about 38,000 miners and widows currently receiving black lung benefits — compensation for the physical damage he sustained while doing his job. It took him four and a half years to get approved, despite the fact that his lungs are so bad he has to stop moving to talk.

But now the qualification process is supposed to move faster. The Affordable Care Act includes special provisions that make getting black lung benefits easier for coal miners. If the ACA is repealed, gaining these benefits could become much more difficult, effectively harming a group of people President Donald Trump has promised to protect.

Debbie Wills coordinates the black lung program for Valley Health primary care system. She said that prior to the ACA, it was almost impossible to qualify for the compensation benefits. Coal companies pay the benefits, and also pay into a federal trust fund that pays when coal companies can’t. Wills said the process was arduous for miners.

“Coal company lawyers would doctor shop around the country and find two, three, four, five, seven doctors to say, ‘Yes this miner is disabled, but it’s not because of black lung,’” she said. 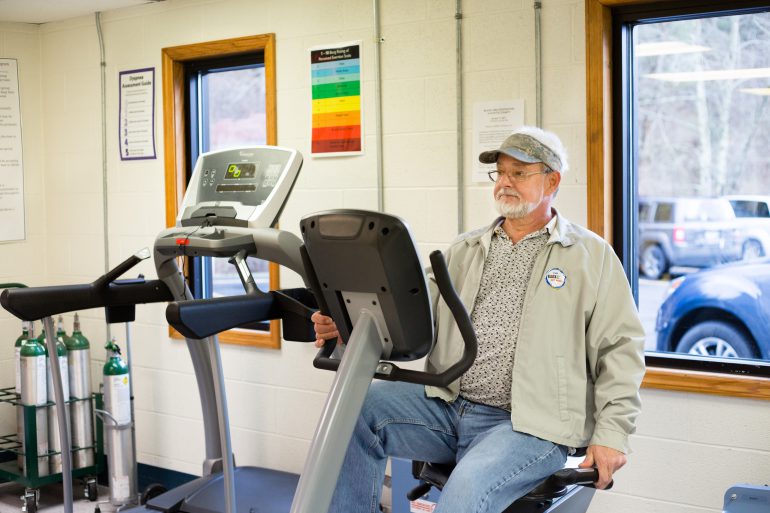 “You still have to prove the 100 percent disability, which is hard,” said Wills. “But if you can prove that, and if you’ve worked 15 years or longer in the mines, then you’re entitled to a presumption that your disease arose from your coal mine employment.”

Another part provides lifetime benefits to a dependent spouse who survives the death of a miner, if the miner had been receiving the benefits before death.

If the ACA is repealed without a replacement, cases that were approved after the ACA went into effect could be reopened, leaving the miner or surviving spouse vulnerable to losing the benefits. And, the burden of proof may shift again, making it difficult for applicants to qualify.

Earlier this month, both the House and the Senate introduced resolutions to preserve the Byrd Amendments from a broader ACA repeal. Rep. Evan Jenkins (R-W. Va.), an ACA opponent, introduced the measure in the House.

“I am a firm believer that Obamacare is already in a death spiral and desperately needs to be fixed,” Jenkins said. “While we are going to work to improve our health care system, I feel strongly about my resolution to make sure that the presumption relating to black lung is contained in whatever is the end product of this work this year.”

This story is part of a reporting partnership with NPR, West Virginia Public Broadcasting and Kaiser Health News.