For months, said Washington health-care attorney Rene Quashie, his phone has been “ringing off the hook,” with hospital and doctor clients wanting advice on how to reorganize themselves to get new Medicare bonuses under the health-care law. Handling such questions, said Quashie, an associate with the firm Drinker Biddle & Reath, is sure to be “a growth area” for his firm.

And a lucrative one.

From Washington to California, the year-old health law, with its layers of complexity, is setting off a gold rush for high-priced lawyers and consultants. It’s “a full employment act for health-care consultants,” said Ian Morrison, a founding partner of Strategic Health Perspectives in Menlo Park, Calif.

Much of the activity – and the prospect of glitteringly high fees – is swirling around a widely discussed provision that encourages doctors, hospitals and insurers to team up in treating patients. Initially, these “accountable care organizations,” as envisioned in the law, will treat only Medicare patients, and will get bonuses for providing better care at lower cost. But if they work, ACOs will likely spread to private patients as well.

The ACO issue “has all the pieces that drive consulting,” said Morrison. “There are legal, information technology and cultural changes needed to make it work, so lawyers are happy as hell, IT people are happy as hell and so are the management consultants.”

Lobbyists, lawyers and consultants are holding frequent ACO conferences — and finding them oversubscribed. Some consultants are charging from $25,000 for a day of strategy sessions to $1 million to actually implement the strategy.

Gorman Health Group, a 150-person consultant firm based in Washington, charges $25,000 to $100,000 for an ACO strategy, which is usually done in conjunction with other work, said founder John Gorman, who was a Medicare official in the Clinton administration. Among the topics discussed: whether the health system has to make major cultural changes to become an ACO.

The Camden Group, based in Los Angeles, charges about $30,000 to $100,000 to advise health systems on how to get ready to become an ACO, said Steve Valentine, the firm’s president.

Meanwhile, Washington lawyer Randy Fenninger said his firm, Holland & Knight, is expanding its ACO practice in response to requests for advice from hospital and physician clients in Miami and Chicago.

The ACO frenzy is bound to increase. The Department of Health and Human Services on Thursday released a 429-page proposed ACO rule, and a final version is due by year-end. The first ACOs are scheduled to launch in January 2012.

“Every time there is a new programmatic initiative in D.C., there is a wave of new consulting opportunities,” said Jeff Goldsmith, president of the consulting firm Health Futures and associate professor of public health sciences at the University of Virginia. “But I have never seen anything quite like this in my 35 years in this business.”

Medicare pays physicians separately for individual services, which critics say leads to fragmented and excessive medical care. Under the proposed rule, ACOs that care for their patients at a lower than expected cost would reap bonuses from the money they saved Medicare. In some cases, those that had cost overruns would face penalties.

“ACOs are going to be part of the traditional Medicare program beginning in 2012, and if you are a hospital, you are seeing this and thinking money is going to go out of the system and its going to be taken out of your hide,” said Jay Cohen, executive chair of Monarch Healthcare, an independent physicians’ group in Irving, Calif. “So to preserve their interests and stay relevant, they are thinking they need to get control.”

Joan Mason of the Cleveland-based Gateway Group said many hospitals and doctors lack the necessary computer capabilities and other infrastructure to form ACOs soon. Last December, she said, a hospital wanted to hire her to create an ACO within six months. “I said ‘No, I can’t do it because you can’t go from zero to ACO.’ ” She said she’s planning a speech entitled “ACOs: Why Fools Rush In.”

Still, some say there are good policy reasons to move ahead with the new organizations. “ACOs are worth doing because we need to build systems of care,” said Steve Lieberman, a consultant and a fellow at the Engelberg Center for Health Care Reform at the Brookings Institution. “The system is fragmented, doctors are very unhappy and everyone wants to reduce the costs.” 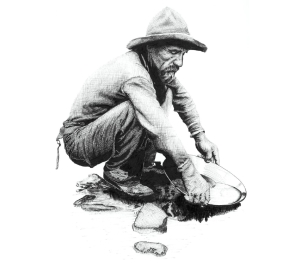 The Engelberg Center provides about 100 health systems with access to its “Learning Network,” a collaborative between Brookings and the Dartmouth Institute for Health Policy & Clinical Practice. The center has charged $2,500 or more to members to join, depending on the type of health system. The network produces conferences, newsletters, webinars and access to ACO experts, such as Engelberg Center Director Mark McClellan — the former head of Medicare and Medicaid — and Dartmouth Center for Population Health Director Elliott Fisher. McClellan, who was Food and Drug Administration Commissioner under President George W. Bush, and Fisher are longtime proponents of the ACO concept.

A consultant’s bill for putting an ACO into place can be high. Premier, a Charlotte nonprofit alliance of 2,400 hospitals and 70,000 health-care providers, created an ACO implementation collaborative to help hospitals take advantage of the Medicare law and changes occurring in the private market.

Premier charges a $150,000 annual membership fee for access to its team of implementation consultants, who specialize in care management, physician integration, contracting, payment systems and network development. Camden Group charges $200,000 to $500,000, while the Advisory Board may charge as much as $1 million to implement an ACO plan.

Even insurers are getting into the consulting business. Aetna, which has long experience in managing costs of care, has started creating partnerships with health systems and will charge them consulting fees.

“Given the complex combination of requirements [for ACOs], we can raise our hands pretty frequently” to offer solutions, said Lonny Reisman, Aetna’s chief medical officer.

One reason doctors and hospitals turn to ACO consultants is to sort out the blizzard of pitches they’re getting from technology and other companies selling wares that they contend will pave the way to becoming one of the new organizations.

“Dozens of companies are pitching us regularly” on technology products and databases that supposedly will make it easier to become an ACO, said Tripp Jennings, chief medical information officer of Palmetto Health Quality Collaborative, which was launched by a South Carolina hospital system to create an ACO. “It’s a cornucopia of products out there, and what is challenging is that each of these products has its own piece of the solution.”