Long-awaited details on how insurers can structure health benefits and premiums for policies that will cover tens of millions of Americans starting in 2014 were released by the Obama administration Tuesday. 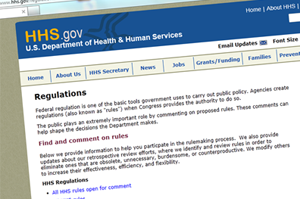 The three proposed rules reaffirm key elements of the 2010 federal health law, including its requirement that insurers accept all applicants, even those with health conditions, and not charge higher rates based on health, gender or occupation.

But the proposals add additional details on how premiums can vary based on age and tobacco use, including allowing tobacco users who enroll in programs aimed at helping them quit to be exempted from extra premium costs set out in the law.

While insurers and consumer groups were cautious about issuing an immediate assessment of the proposals, a quick review showed that no one group won everything it wanted. For example, insurers did not succeed in getting the government to phase-in a requirement that limits their ability to charge older applicants more than younger ones. And consumer groups, which wanted specific details on the benefits required in 10 broad categories, instead saw continued discretion given to state regulators to pick “benchmark” plans and benefits.

More On The New Rules

“It looks like the Obama administration is continuing to be pragmatic in their approach to the regulations,” said Robert Laszewski, a consultant and former health insurance executive.

Insurers, consumer groups and the public have 30 days to weigh in with comments on two of the proposed rules and will have until Jan. 25 for the third, which outlines how employers can structure wellness programs that offer discounts to workers who participate.

Based on documents posted on HealthCare.gov, here’s a quick look at the new regulations:

Insurance plans sold to individuals who buy their own coverage and to employers – except those that self-insure —  must include a core package of items and services known as “essential health benefits.”  The benefits are required to cover 10 categories, among them emergency services, hospitalization and pediatric services, including oral and vision care.

The proposed rules reaffirm earlier directions from the administration that states can choose the exact package of benefits that insurers must provide, based largely on what is already offered in the most popular plans currently sold in their states.

“Ultimately, the goal is to establish a clear package of essential benefits,” said Stephen Finan, senior director of policy American Cancer Society/Cancer Action Network. “Patients should have same set of evidence-based benefits no matter  where they live.”

But his group and other consumer advocates are cautiously optimistic about one of the changes in the proposed rules, a move that may expand earlier guidance from the administration on prescription drug coverage.  That information, released in a bulletin last December, would have set a minimum standard of only one drug per category in a policy’s “formulary.”  The consumer groups feared such a rule would have led to only one type of drug being covered for large categories of problems, such as depression or asthma or cancer.

The new proposed rule says that the minimum standard should be the number of drugs per category in the state’s chosen benchmark plan or one drug, whichever is greater.

Most of the plans being chosen as benchmarks by the states cover more than one drug per category, so the proposed rule sets “a significantly higher standard” that insurers will have to meet, said Caroline Pearson, a director at Avalere Health, a consulting group in Washington.

“It really ensures robust coverage, but you will have state-to-state variation,” Pearson said.

Premiums And Other Cost Issues

Insurers can vary their rates based on age, tobacco use and where an applicant lives, but they cannot charge sick people higher rates than the healthy or charge women more than men.

The proposed rules say that insurers can charge tobacco users 50 percent more than non-users, but offers an exemption to those who try to quit.

They also offer more definition of how insurers can increase rates as a person ages. The health law says older people cannot be charged more than three times what younger people are charged. In most states, this could result in lower rates for older residents than under current practices but higher rates for younger people.

But, above that age, insurers could charge slightly more for each birthday until a person hits age 63. Everyone over 63 would pay the same rate. The proposal differs from the most common way insurers now set such “age bands,” which are generally in five or 10-year increments.

Karen Ignagni, the head of the industry’s trade group, said the proposed rules need to insure that health coverage remains affordable.  While welcoming the state flexibility, she said, “We remain concerned that many families and small businesses will be required to purchase coverage that is more costly than they have today.  It also is important to recognize that the new EHB requirements will coincide with the new restrictions in age rating rules that also go into effect on January 1, 2014.  Both of these provisions may incentivize young, healthy people to wait to purchase insurance until they are sick or injured, driving up costs for everyone with insurance.”

The proposal also gives more flexibility to states and insurers to vary annual deductibles, co-pays and other elements of the policies — so long as the policies’ overall coverage meets a requirement known as minimum actuarial value, or the average percentage the plan pays toward a typical consumer’s estimated annual medical costs.

The health law allows employers to provide discounts on health insurance to workers who achieve certain medical or fitness goals, including such things as weight, cholesterol level or blood pressure.

The proposed rule raises the maximum permissible reward, discount or penalty from 20 percent to 30 percent of the cost of the health coverage, and further increases the maximum reward to 50 percent for programs to reduce tobacco use.

But the proposed rules also say  the programs must offer alternatives for employees whose health conditions  make it “unreasonably difficult” or for whom “it is medically inadvisable” to meet the specified health-related standard.

In addition, the discounts or other rewards must be available to workers annually.

While Tuesday’s announcement was significant, the administration still has yet to issue regulations on other parts of the health law. Those areas include how new taxes on premiums and medical devices will work, and how the federal government will set up insurance markets in states that refuse to do it on their own.

The administration also has to determine how to handle the Supreme Court’s decision that states can opt out of the expanded Medicaid program created by the law, and how the government will allot a reduced amount of money targeted for hospitals that care for uninsured people. Also outstanding is a final rule on how birth-control coverage will be provided to employees of religious universities and hospitals that object to it.