Insurance consultants were shocked recently to learn that Obama administration rules allow large companies to offer 2015 worker health plans that don’t include hospital benefits. Now the administration is concerned too.

Treasury Department officials are preparing to reverse course on an official calculator that permits plans without hospital coverage to pass the health law’s strictest standard for large employers, said industry lawyers who have spoken to them. These sources expect the administration to disallow such coverage by the end of the year.

The calculator is an online spreadsheet developed by the Department of Health and Human Services.

Successfully completing it is one way for large companies to certify whether their plans meet a “minimum-value” of benefits, the health law’s toughest requirement for large employers – generally those with 50 or more workers. Offering minimum-value insurance at an affordable price spares companies from fines of as much as $3,120 per worker next year.

As previously reported by Kaiser Health News and the Washington Post, industry executives were surprised this summer to see consultants selling calculator-approved plans that lack hospital insurance and cost half as much as similar coverage with hospitalization.

Employees offered minimum-value coverage at work, even if it lacks hospital benefits, are barred from federal subsidies to buy policies in the Affordable Care Act’s online marketplaces.

No final decision has been made by the administration on blocking the plans, sources emphasized. 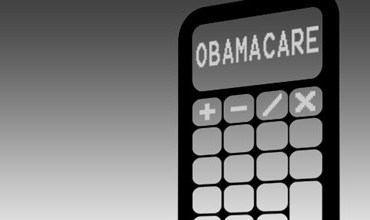 But “my best guess is that they will kill them,” said Frasier Ives, a benefits consultant for Wells Fargo Insurance who has talked to Treasury officials about the matter. “The only question is when they are going to make it effective.”

HHS designed the calculator, but Treasury is charged with enforcing the minimum-value standard.  The agencies have stayed silent on the matter despite repeated queries.

“I’m actually going to decline comment on this,” said Treasury spokeswoman Erin Donar, when asked about the agency’s review.

“Not familiar with this one,” HHS Secretary Sylvia Mathews Burwell said last week.

Disqualifying calculator-approved plans without inpatient benefits could disrupt preparations by hundreds of firms, employing tens of thousands of workers, that are eyeing them for 2015, said brokers and benefits lawyers.

“These are cost decisions impacting employers,” said Anne Lennan, president of the Society of Professional Benefit Administrators, some of whose members administer the plans under scrutiny. “We’re getting close to Jan. 1. If you’re going to change this you have got to let people know.”

Preliminary results from a member survey by the American Staffing Association show that 46 percent of the temp and recruiting firms that responded are considering such coverage for next year, said Edward Lenz, senior counsel for the trade group. The association’s 1,600 members employ about 3 million workers on any given day.

“A number of significant firms have signed up for it,” Lenz said. Some companies have implemented it as of Oct. 1, he added. He declined to identify them.

“I can’t tell you how many people are still interested,” said Bruce Flunker, president of Wisconsin-based EBSO, a small benefits firm. “We have two [plans] that are officially in place effective Oct. 1. We have, I think, 26 proposals out right now for Jan. 1 effective dates.”

While the health law doesn’t compel large employers to offer hospitalization and other “essential health benefits” required of plans sold to individuals and small employers, few expected the calculator to approve insurance without it. But it does, certifying plans that lack inpatient coverage but include rich outpatient benefits such as doctor visits and emergency-room care.

Many argue that the software is flawed, that Congress never intended for large companies to avoid the health law’s “employer mandate” penalties by offering insurance that doesn’t pay for hospital care.

Others, especially consultants working with lower-wage employers, contend that the administration wanted to grant leeway to such companies that haven’t historically offered major medical insurance.

On Friday Alan Tawshunsky, a senior Treasury lawyer, told a legal conference that the calculator is under “active review,” said Mark Holloway, a benefits attorney for broker Lockton Companies.

Although Tawshunsky didn’t elaborate, “it seems pretty clear to me that the calculator will be changed” to require hospital coverage, said Holloway, who was at the American Bar Association meeting where Tawshunsky spoke. “It’s just a question of when” — and whether “any protection is given to employers who used the old calculator” to design coverage for 2015, he said.

Last week Lenz, of the American Staffing Association, met with senior Treasury officials whom he declined to identify.

While the officials didn’t spell out their next move, “our strong sense is that they will issue guidance before the end of the year [that] will say that plans that don’t offer hospitalization don’t qualify as minimum value,” he said. “That’s what we’ll be telling our members.”

If that happens, industry officials are asking the administration to allow such insurance next year for employers that have committed to it — even if it is banned in subsequent years.

Since plan years typically begin in January, Treasury is “acutely aware of the timing issue,” said Wells Fargo Insurance’s Ives. “They know if they don’t come out with something pretty damn quick it’s going to be more unfair to employers that have already implemented them.”

“They should not be giving these employers any transitional relief if there is not also something to help their employees,” she said.

Revisiting the calculator would summon protests from industry and could open the administration to new criticism about the health law rollout right before an election.

“The people from Treasury aren’t stupid,” said Holloway. “They realize this is a political hot potato. I think they’re being deliberately tight-lipped about it. That kind of leaves everybody twisting in the wind.”