This story is part of a reporting partnership that includes APRN,

Alaska has opposed the federal health law so adamantly that it is the only state that chose not to even apply for a $1 million grant the federal government was passing out to states to plan a health insurance exchange. But that doesn’t necessarily mean there won’t be an online marketplace to buy insurance in Alaska. 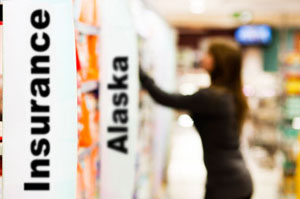 Last month, the administration of Gov. Sean Parnell, a Republican, hired Public Consulting Group to study the state’s options for setting up an exchange. The state is spending $200,000 on the contract with the Boston-based firm.

The state-based exchanges will allow consumers to easily find and compare health insurance plans online. The Affordable Care Act establishes the exchanges as one-stop shopping for individuals and small businesses to buy insurance and to qualify for subsidies or Medicaid.

States have until Jan. 1, 2013 to submit their exchange plans to the federal government for certification; if a given state doesn’t do so, the feds can set up the exchange for that state. The exchanges are supposed to be working by Jan. 1, 2014.

In addition to Alaska, Public Consulting Group is advising 13 other states on how to implement an exchange. Applebee says the state will benefit from that experience, but the company will also have to take Alaska’s unique characteristics into account.

“Certainly we deliver health care [over greater distances] than any other state and in different ways than any other state,” Applebee said. “So they can bring they’re experience with them, but they also need to apply that to whatever happens here in the state.”

A few states—including Massachusetts and Utah–have exchanges in place and more than a dozen have made significant progress. Applebee says Alaska is benefiting from taking a slow approach: “We’re learning from other state’s mistakes and we’re taking advantage of other state’s successes. And I think that’s an advantage we have in our timeline.”

Meanwhile, state Sen. Hollis French, a Democrat from Anchorage, is hoping to convince other lawmakers to pass his bill establishing an exchange. “Once you realize you’re going to get an exchange imposed upon you from Washington, it only makes sense to try to create one that works for Alaskans,” French said.

“I think the governor is making a mistake by circumventing the legislature and going without our input,” French said.

It’s unclear how much support French has among his colleagues in the legislature. He expects to bring his bill to the Senate floor for a vote soon.

Sen. Cathy Giessel, a Republican from Anchorage, said she will not vote for it. She agrees with the administration’s approach studying exchange options. Asked to speculate on how the bill will fare, she says the focus right now in Juneau is on just one thing: oil taxes. “It’s really sucking the air out of the room, so I don’t know what chance this has of actually getting all the way through the process,” Giessel said.

But French is optimistic. He says other aspects of the Affordable Care Act are controversial, but the health care exchange is not.

“This is really about just trying to find an affordable insurance policy for the citizens of the state, and most people can agree that’s a good thing,” French said. “They may disagree about how you get there, but it’s a pretty rare person who doesn’t want to see more people covered by insurance.”

The Parnell administration expects the consultant’s study and recommendations to be ready by the end of March or early April. That is just in time for oral arguments in the Supreme Court case against the Affordable Care Act. The high court is expected to rule in June, and Applebee says the state of Alaska will be waiting for that ruling.  “We’ll know at that point how to proceed,” he said.