This story produced in collaboration with

As the American Medical Association begins its search for a new chief executive, three individuals well-known in health care circles have emerged as potential contenders for the job  Jack Lewin, CEO of the American College of Cardiology, Reed Tuckson, executive vice president and chief of medical affairs at UnitedHealth Group, and Nancy Dickey, president of Texas A&M’s Health Science Center. 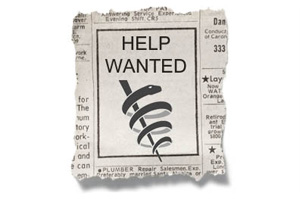 The CEO position of the 164-year-old AMA is one of the top paying jobs among influential Washington D.C. organizations. Compensation for Michael Maves, who currently holds the office, totaled $997,267 in 2009, according to Internal Revenue Service documents.

The group also has one of the best funded lobbying shops in Washington, spending $22.6 million in 2010, making it the fifth biggest spending interest group.

Maves, a board-certified otolaryngologist, will leave the AMA in June after nearly a decade in this top position. The group expects to name his replacement by its annual meeting, which will also take place in June. The head hunting firm, Russell Reynolds, has been hired to conduct the search.

AMA’s search is coming at a time of ongoing turmoil for the organization, which has been suffering from a long-term decline in its membership as well as internal tension over its decision to publicly back the health reform law. The group is also working to rebuild relationships with congressional Republican leaders who were frustrated by the AMA’s support of the overhaul. In the 2010 election cycle, the AMA gave 57 percent of its $1.14 million in political action committee donations to Democratic federal candidates and 43 percent to Republicans, according to the Center for Responsive Politics.

“The next CEO needs to be someone who can fix the AMA brand with doctors,” said Tim Stapleton, executive vice president of the Florida Medical Association. “There is just a feeling from doctors in general that [the AMA] doesn’t represent them anymore.” The FMA considered breaking off from the AMA in 2010 in frustration with the national group’s position on the health law, though ultimately it decided to remain a part of the organization.

The AMA’s membership is about 230,000, which is about a third of the 661,400 practicing physicians in the U.S., according to Bureau of Labor Statistics data published in 2008.

All three of the names being mentioned are known commodities to the physician group. Lewin, who was trained in internal medicine, has been CEO of the ACC since 2006. Previously, he was CEO of the California Medical Association and director of health for the state of Hawaii. Tuckson, who is also a trained internist, has been at UnitedHealth since 2000. Previously he was senior vice president for professional standards at the AMA and a former commissioner of health for the District of Columbia. Prior to her current role at Texas A&M, Dickey was the interim dean of the HSC-College of Medicine. She was elected the AMA’s first female president in 1997. Both Lewin and Tuckson told Kaiser Health News they hadn’t been contacted by the organization about the position, and Dickey said she was not aware she was being considered.

Stapleton said Lewin would be a good candidate for the leadership position at the AMA because, as a former head of California’s physician association, “he understands state medical associations.” Stapleton also said the new leader should focus on specific membership and state concerns. “Right now the AMA isn’t dependent on member dues to run their operations and so I don’t think they are as responsive as the state associations, which are more dependent on dues,” Stapleton said, in reference to the fact that about 20 percent of the AMA’s $207 million in 2009 revenue came from this source.

In a letter to the AMA, Michael Pramenko, president of the Colorado Medical Society, urged the organization to hire a leader with a strong background in grassroots organizing that will “immediately inspire the enthusiastic support of” the AMA’s allies, state organizations and practicing physicians. He also suggested that the AMA depart from its long practice of solely considering practicing physicians for the job. “We believe that the next EVP need not necessarily be a physician but the best person for the job,” Pramenko said in the letter dated November 16, 2010.

Pramenko’s suggestions may have a leg up with the AMA team that is leading the CEO search. The ten-member search committee is chaired by Dr. Jeremy Lazarus, a Denver-based psychiatrist who is a member of the AMA’s House of Delegates and the former president of the Colorado Medical Society.