Large majorities of Americans from both major parties support steps to control prescription drug costs such as showing prices in ads, removing barriers to generics and letting patients get less expensive drugs from Canada, a new poll shows.

By a 9-to-1 ratio, Republicans, Democrats and independents favor making drug companies show list prices in their advertising, says a new survey from the Kaiser Family Foundation. Highly advertised medicines such as Humira, for arthritis, cost tens of thousands of dollars a year, even after discounts.

Although Republicans tend to frown on government control over commerce, 8 in 10 Republican respondents said they support giving negotiating power to the $700 billion Medicare program in order to lower drug prices for seniors.

More than 70 percent of all respondents back importing drugs from Canada and capping out-of-pocket Medicare costs. More than 80 percent said they favor making it easier for less expensive generics to compete with brand-name drugs.

Expensive drugs are one of several factors in rising medical costs that strain government, employer and household budgets. In some health plans, drug costs exceed inpatient hospital bills, accounting for a third of all spending.

KFF’s survey was done in mid-February, before this week’s widely watched hearing of seven pharma executives testifying before the Senate Finance Committee. (Kaiser Health News is an editorially independent program of the foundation.) 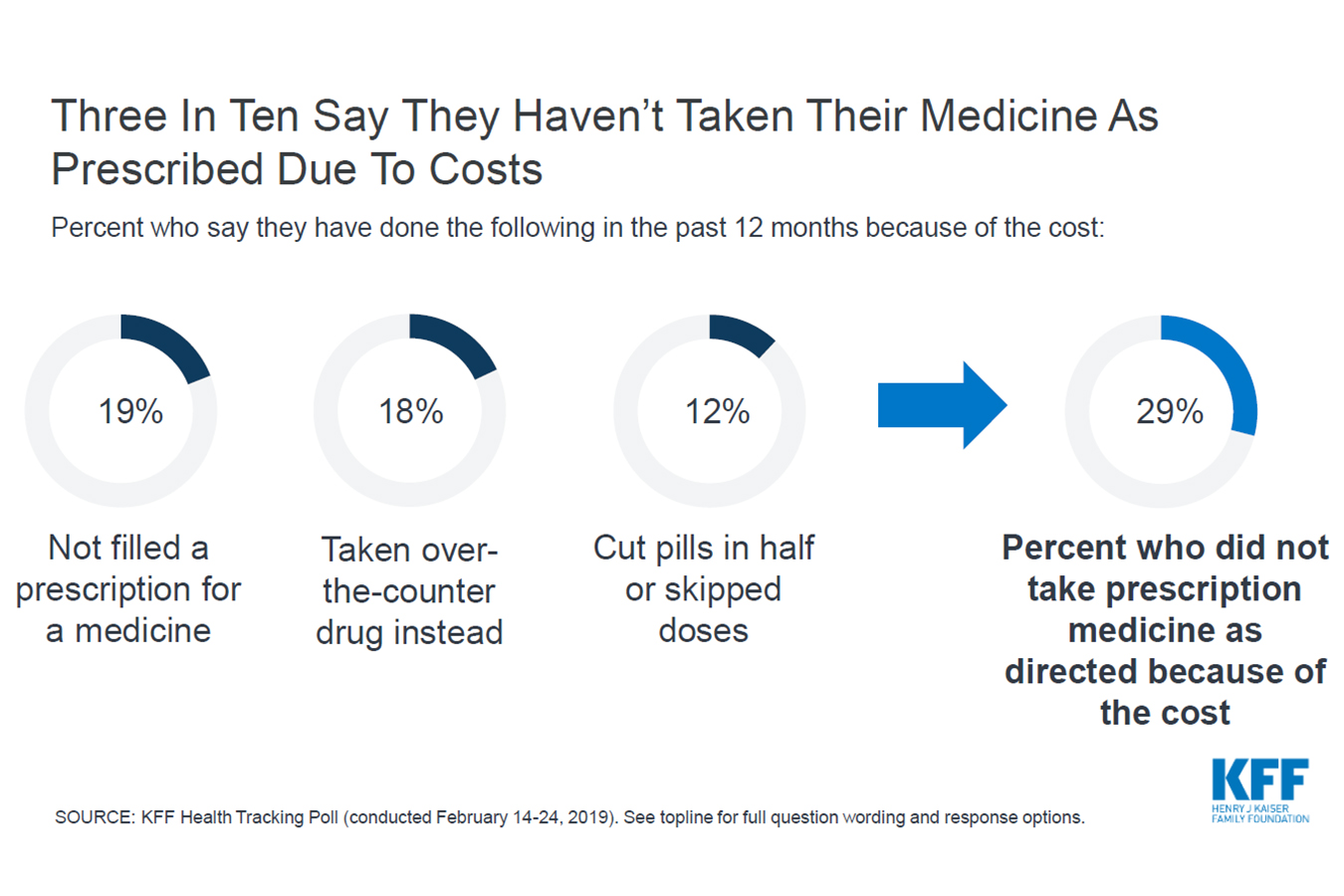 But support for cost-control measures isn’t unconditional. When told that government negotiation could lead to Medicare leaving some drugs uncovered or to a cut in federal research investment, two-thirds of those polled opposed the idea.

The Pharmaceutical Research and Manufacturers of America, the lobbying group for brand-name drugmakers, has spent millions of dollars trying to shift the blame to pharmacy benefit managers, known as PBMs, which take a large cut of the revenue stream.