“I just snapped” is how Jessica Lioy describes her attempt in April to kill herself.

After a tough year in which she’d moved back to her parents’ Syracuse, N.Y., home and changed colleges, the crumbling of her relationship with her boyfriend pushed the 22-year-old over the edge. She impulsively swallowed a handful of sleeping pills. Her mom happened to walk into her bedroom, saw the pills scattered on the floor and called 911.

In 2017, 1.4 million adults attempted suicide, while more than 47,000 others did kill themselves, making suicide the 10th-leading cause of death in the United States, according to the federal Centers for Disease Control and Prevention. And the rate has been rising for 20 years. 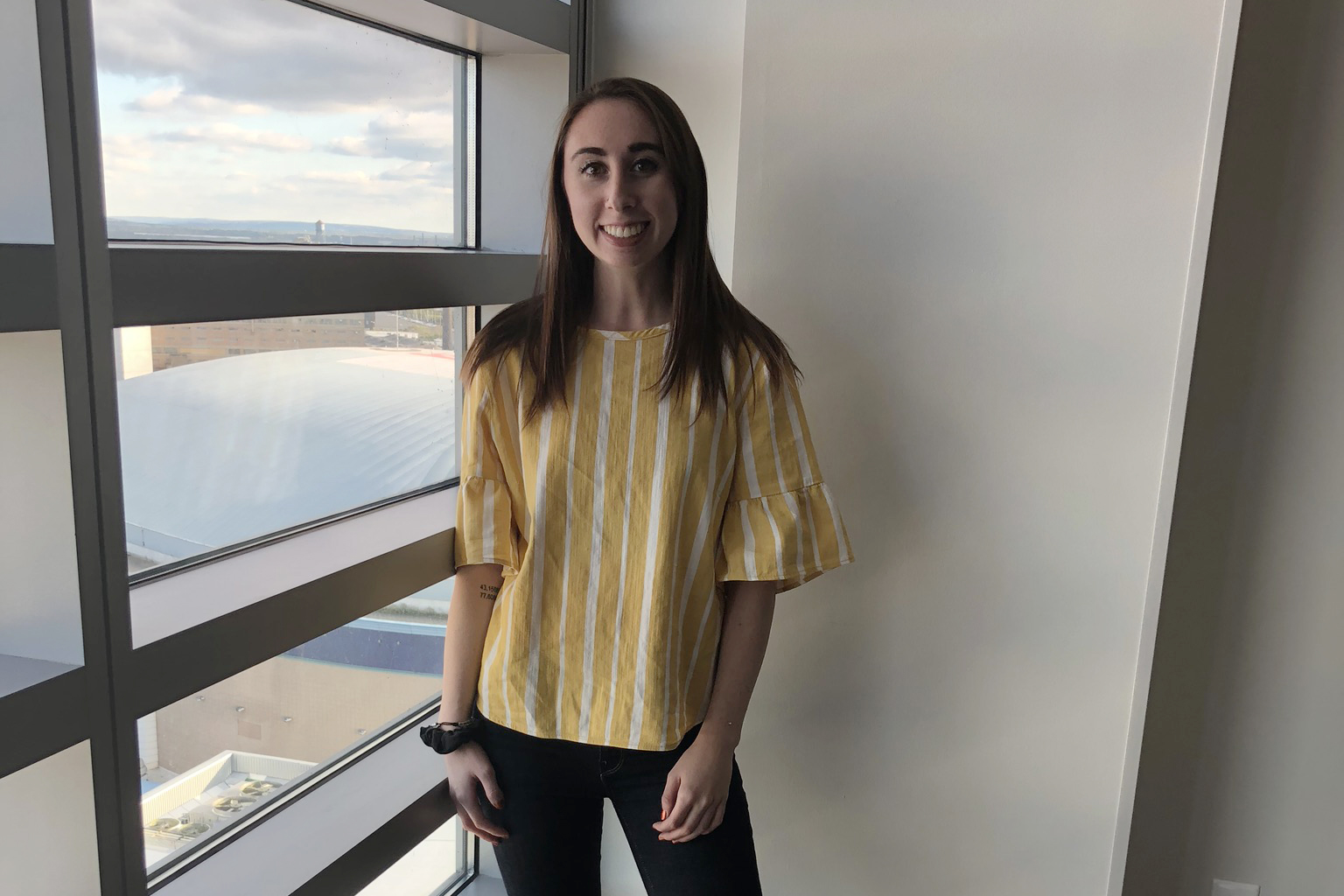 New York’s efforts to prevent suicides include testing a brief intervention program for people who have attempted suicide — because they are at risk for trying again. “They steal you for an hour from the universe and make you focus on the worst thing in your life and then coach you through it,” Jessica Lioy says.(Courtesy of Jessica Lioy)

Like other states, Jessica Lioy’s home state of New York has seen its rate increase. But New York has consistently reported rates well below those of the U.S. overall. Compared with the national rate of 14 suicides per 100,000 people in 2017, New York’s was just 8.1, the lowest suicide rate in the nation.

What gives? At first glance, the state doesn’t seem like an obvious candidate for the lowest rank. There’s New York City, all hustle and stress, tiny apartments and crowds of strangers. And upstate New York, often portrayed as bleak and cold, is famously disparaged in the Broadway musical “A Chorus Line” with the comment that “to commit suicide in Buffalo is redundant.”

Experts say there’s no easy explanation for the state’s lowest-in-the-nation rate. “I can’t tell you why,” said Dr. Jay Carruthers, a psychiatrist who is the director of suicide prevention at the New York State Office of Mental Health.

Guns And Urbanization Are Likely Factors

There’s no single answer, but a number of factors probably play a role, according to Carruthers and other experts on suicide.

Low rates of gun ownership are likely key. Guns are used in about half of suicide deaths, and having access to a gun triples the risk that someone will die by suicide, according to a study in the Annals of Internal Medicine. Because guns are so deadly, someone who attempts suicide with a gun will succeed about 85% of the time, compared with a 2% fatality rate if someone opts for pills, according to a study by researchers at the Harvard Injury Control Research Center.

“The scientific evidence is pretty darn good that having easy access to guns makes the difference whether a suicidal crisis ends up being a fatal or a nonfatal event,” said Catherine Barber, who co-authored the study and is a senior researcher at the Harvard center.

New York has some of the strongest gun laws in the country. In 2013 — after the mass shooting at Sandy Hook Elementary School in Newtown, Conn. — the state broadened its ban on assault weapons, required recertification of pistols and assault weapons every five years, closed a private sale loophole on background checks and increased criminal penalties for the use of illegal guns.

This year, the state enacted laws that, among other things, established a 30-day waiting period for gun purchases for people who don’t immediately pass a background check, and prevented people who show signs of being a threat to themselves or others from buying guns, sometimes referred to as a “red flag” or “extreme risk” law.

The population is also heavily concentrated in urban areas, including more than 8 million people living in New York City. According to the Census Bureau, nearly 88% of the state’s population lived in urban areas in the 2010 census, while the national figure is about 81%.

Loneliness, isolation and access to lethal weapons can be a potent combination that leads to suicide, said Jerry Reed, who directs the suicide, violence and injury prevention efforts at the Education Development Center. The center runs the federally funded Suicide Prevention Resource Center, among other suicide prevention projects.

People in rural areas may live many miles from the nearest mental health facility, therapist or even their own neighbors.

“If your spouse passes away or you come down with a chronic condition and no one is checking on you and you have access to firearms,” Reed said, “life may not seem like worth living.”

New York’s efforts to prevent suicides include conducting a randomized controlled trial to test the effectiveness of a brief intervention program developed in Switzerland for people who have attempted suicide — because they are at risk for trying again.

The trial has yet to get underway, but clinicians at the Hutchings Psychiatric Center in Syracuse were trained in the Attempted Suicide Short Intervention Program, as it’s called. They began testing it with some patients last year.

Jessica Lioy was one of them. After her suicide attempt, she spent a week at the inpatient psychiatric unit at Upstate University Hospital in Syracuse. A social worker approached her about signing up for that outpatient therapy program.

The program is simple. It has just four elements:

In the Swiss trial, about 27% of the patients in the control group attempted suicide again during the next two years. Only 8% of those who went through the intervention program re-attempted suicide during that time.

“The difference with ASSIP is the patient involvement. It’s very patient-centered,” said Dr. Seetha Ramanathan, the Hutchings psychiatrist overseeing the program. It’s also very focused on the suicide attempt, not on other issues like depression or PTSD, she said.

Lioy said that, at the beginning, she didn’t have high hopes for the program. She had already told her story to many doctors and mental health therapists. But this felt different, she recalled.

“They steal you for an hour from the universe and make you focus on the worst thing in your life and then coach you through it,” Lioy said. “They force you to feel something, and they force you to just reflect on that one situation and how to move forward to not end up back in that place. It’s very immediate.”

It hasn’t all been smooth sailing. Shortly after returning home, Lioy felt depressed and couldn’t get out of bed. But she had learned the importance of asking for help, and she reached out to her parents.

“I was able to talk with them, and it felt amazing,” she said. “I’d never done that before.”

There have been other changes. Since returning home, Lioy finished her bachelor’s degree in molecular genetics and is working as a pharmacy technician. She’s applying to doctoral programs and she has a new boyfriend, although she said she no longer needs a boyfriend to feel OK about herself.

Among U.S. States, New York’s Suicide Rate Is The Lowest. How’s That?