HOUSTON, Tex. — If you’re keeping score, anti-abortion groups were 1 for 2 during this year’s legislative session in Texas, which ended Monday. One major bill they wanted failed, but another passed.

The new law will tighten rules for girls under 18 who are asking a judge to grant an abortion — a small but politically significant fraction of those who seek the procedure. Gov. Greg Abbott, a Republican, has until June 21 to veto the legislation, but observers say that’s highly unlikely given his longstanding opposition to abortion. 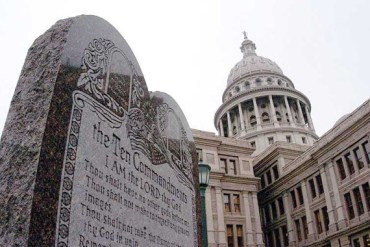 (Photo by the Office of the Attorney General of Texas)

Under current Texas law, a minor must get permission from a parent to get an abortion. But there is a built-in exception if a girl’s parents are in jail, deported or unreachable — or if she fears abuse or retribution from a parent. In those cases, she can anonymously ask a judge for permission through a process called judicial bypass.

Among other things, the new law would make it so teens would no longer receive automatic permission to get abortions if judges don’t issue timely rulings. The law also would limit the venues in which a teen could apply for permission.

Anti-abortion groups contended the process was too easy and the new law provides a much-needed revamp of the rules. Supporters say  the new rules will help rescue teens from abusive situations and motivate other teens to involve their parents if at all possible.

Emily Horne of Texas Right to Life called the previous process “too loose” because teens could use judicial bypass to avoid telling their parents about the pregnancy.

“Oftentimes the minor is very young and very scared, and may not even know all of her options, may not even know what her parents may say,” Horne said. “It’s a very big decision for a parent to be cut out of.”

State Sen. Van Taylor, a Republican representing Plano and other Dallas suburbs, co-sponsored the bill in the senate.

“On an issue as paramount as the life of an unborn child, the state should not be severing parental involvement,” he said in a statement.

Tina Hester, executive director of Jane’s Due Process, which works with pregnant teens who seek judicial bypass, said the real intent of the law is to stop abortions and score points among anti-abortion voters.

“They’ve already dismantled the clinic system. They’ve basically shut down half the clinics in Texas,” Hester said. “And until Roe v. Wade is overturned, they’re just trying to chip away.”

As for concerns about girls skirting parental involvement, Hester said “there have been no complaints that I’m aware of from judges saying that girls are abusing this situation.”

Because the the court filings in the judicial bypass cases are confidential, it’s hard know if that’s happening.

Hester said the new law will add so many barriers that getting a bypass will be almost impossible.

For example, she said, the bill would require most teens to see a local judge in their home county, even if the abortion clinic is hours away in a big city. There is an exception for counties of less than 10,000 people.

Hester says that’s not enough to protect a girl’s anonymity in small towns. Everyone at the local courthouse will easily guess what is going on, she said.

“What normal 17-year-old goes down to the courthouse by themselves and without their parents?” Hester asked.

Less than 3 percent of abortions in Texas are among girls under 18. And most of those girls do get consent from their parents – it’s estimated that only about 10percent of those under 18 seek judicial bypass.

“[They are] kids who already have babies who are basically homeless, kids whose parents have kicked them out and they’ve sought shelter with another relative because their parents beat them.”

The parental notification law dates back to 1999 and was signed by then- Gov.George W. Bush. It included the bypass process. Later amendments required the teen to not only notify a parent, but obtain his or her consent.

The bypass process originally required a judge to hold a hearing quickly for the teenage girl, and if the judge refused to make a ruling, the girl automatically received permission to get the abortion anyway.

But the new regulations will do away with the automatic permission. Lucido fears her clients could be trapped in the pregnancy.

“If she comes across an ideologically motivated judge who refuses to schedule a hearing, the law doesn’t give her a way to force a ruling on her application. She’s in a sort of legal limbo,” Lucido explained.

Despite passage of the new law, anti-abortion groups did not get everything they wanted from the Texas lLegislature this year.

The bypass bill originally included a controversial amendment that would have required women of all ages to show government identification before getting an abortion. The amendment did not survive.

In addition, one bill failed that would have forbidden  insurance plans sold through the Affordable Care Act exchange from covering abortion, except in emergencies. Rape and incest were not included as exceptions. The bill would have allowed enrollees to purchase a supplementary insurance rider to cover abortion.

The bill passed the full Texas Senate but stalled in the House.

Ten states restrict coverage of abortion in all private insurance plans, and another 15 states restrict abortion coverage in ACA exchange plans, according to the Guttmacher Institute, a nonprofit organization focused on sexual and reproductive health research and public education.

This story is part of a partnership that includes Houston Public Media, NPR and Kaiser Health News.