Antidepressants are the third most common type of medication prescribed in the U.S., with $10 billion a year in sales.  Nearly three out of four of those prescriptions are written by non-psychiatric providers (many of them primary care physicians). A study in the journal Health Affairs reports that a growing number of patients receiving antidepressants from a doctor who isn’t a psychiatrist aren’t given an accompanying psychiatric diagnosis. 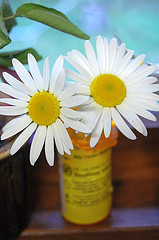 In 1996, 59.5 percent of patients who were prescribed antidepressants by doctors other than psychiatrists were not given a diagnosis. By 2007, the rate had jumped to 72.7 percent.

This trend, the study authors write, suggests that “antidepressant use is becoming concentrated among people with less severe and poorly defined mental health conditions.” While they note that the results don’t necessarily mean that antidepressants are being inappropriately described, they call the trend “worrisome.”

“Many of the patients who are receiving these medications are dealing with the stresses of life or physical illness, and there is no evidence that antidepressants are effective in these groups of patients,” says lead author Ramin Mojtabai, an associate professor in the department of mental health at the Johns Hopkins Bloomberg School of Public Health, according to a press release.

The study data comes from the 1996-2007 National Ambulatory Medical Care Surveys conducted by the federal Centers for Disease Control and Prevention, which asked doctors across the country to provide information about office-based patient visits.

Antidepressants Often Prescribed Without A Diagnosis