Almost seven weeks after the launch of Healthy Pennsylvania, the state’s Medicaid expansion plan, enrollment has been hampered by delays.

Only 55,000 of an estimated 151,000 people who applied for the program by Jan. 1 have been enrolled in Medicaid expansion, said Kait Gillis, spokeswoman for the state Department of Human Services.

She acknowledged the delays and said the agency was working to fix them. 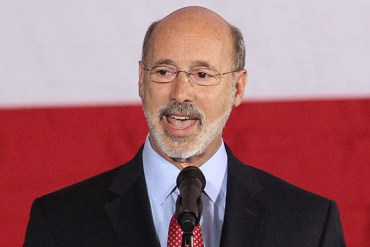 For example, advocates say that people with active addictions and mental health issues have been moved from the general assistance program and switched to a private insurer that wasn’t expecting or prepared for their needs.

“There is a level of chaos out there,” said Estelle Richman, head of a special transition team focused on the Department of Human Services for Governor-elect Tom Wolf.

Richman predicted things will “get better quickly” after Wolf takes over Jan. 20. The administration will begin “un-complicating” the system and transitioning it to a full Medicaid expansion.

An estimated 600,000 Pennsylvanians are eligible for coverage under the Medicaid expansion plan. Medicaid enrollment never closes but open enrollment for individual policies in the ACA marketplace ends Feb. 15.

Healthy Pennsylvania was the signature plan of outgoing Republican Gov. Tom Corbett. His administration got the green light to start the program from the Obama administration in August 2014. Under the program, people in the expansion are getting less coverage than current recipients. And the Corbett administration had also been in talks with federal officials about reducing benefits for those traditional Medicaid recipients.

The chaos and the logjam of applicants waiting for approval are partly due to the Department of Human Services asking people to supply detailed personal financial information – bank account statements, life insurance statements, vehicle value, and retirement account statement – that is not required under Medicaid expansion.

For example, the letter from the state requesting the financial information also says that supplying the information is optional, said Kyle Rouse, a navigator with the Health Federation of Philadelphia.

Rouse said a client brought the letter to him because she was confused. “It confused me as much as it confused her, because in the same letter it said the information was optional but they were requesting it,” he said.

What Rouse and other navigators and advocates have learned is that if their clients don’t supply that information, their application gets stalled or denied.

“The value of your bank account is irrelevant to your eligibility under the extension category,” said Kyle Fisher, a staff attorney for the Pennsylvania Health Law Project. “But practically to get an eligibility decision as soon as possible, I would suggest that you have that information.”

In an email, Gillis, the DHS press secretary, said financial information is required “to determine the eligibility for certain categories” of Medicaid, such as permanent disability. But Gillis agreed that people have been rejected for not supplying financial information “even though it was not required.”

“The department is aware of the issue and is currently identifying who may have been impacted and will continue to work to resolve the matter,” she wrote.

At a press conference held in Philadelphia City Council chambers Thursday, state Sen. Vincent Hughes, D-Philadelphia, said Healthy Pennsylvania was a program “fraught with glitches,” and had caused thousands of Philadelphians to lose their insurance coverage. He and other called on the new governor to act quickly to change the program to a more traditional expansion.