Three provisions in the health law designed to help insurers manage the financial risk of taking all comers while keeping premiums affordable are under fire on Capitol Hill, with Republicans labeling them as giveaways to the health insurance industry. 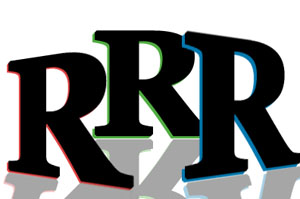 House Budget Committee Chairman Paul Ryan, R-Wis., has said that Republicans may push to repeal the provisions as part of negotiations over raising the debt ceiling. Sen. Marco Rubio of Florida and Rep. Tim Griffin of Arkansas, both Republicans, are sponsoring legislation to repeal one of the provisions, the health law’s risk corridors that seek to control the volatility of the market by limiting insurers’ losses and gains. Proponents say the money that insurers contribute to the program will finance most of its cost.

The republican efforts, however, were blindsided by the latest budget outlook released by the Congressional Budget Office earlier this week. In that forecast, CBO said the risk corridor program is likely to raise $8 billion over the three years it has been authorized.

What follows are some frequently asked questions about the health law’s “three Rs” — risk corridors, reinsurance and risk adjustment.

Q: Insurance is the balance of risk. So why does the health law include provisions to help insurers manage risk?

A: The law requires insurers to accept everyone, no matter how good or poor their health is.  The health law bars medical underwriting, the practice of setting people’s premiums (or denying them coverage) based on their health status that has been widely used by insurers in the individual market. So insurers have far less leeway to vary premiums. To avoid disruption to the insurance market due to the influx of sick, previously uninsured consumers, the law’s drafters added provisions they say will smooth the transition.

Q: What are those provisions?

A: Here’s a quick synopsis of the “three Rs.”

–Risk adjustment redistributes money from insurers that cover people who tend to be healthier to plans whose enrollees are sicker. Non-grandfathered plans in the individual and small group insurance markets – including those not participating in the law’s online marketplaces, or exchanges – must participate. Insurers who have more low-risk enrollees contribute to the fund, which then makes payments to insurers with more high-risk enrollees.

Eligible insurers are compared based on the average financial risk of their enrollees, according to an analysis from the Kaiser Family Foundation. The program, which has no sunset date, is financed by insurers’ payments. (KHN is an editorially independent program of the Foundation).

–The reinsurance program is a temporary provision that builds on the risk adjustment provision to compensate insurers who have enrollees with especially high claims. Since sick people need health insurance, they have the greatest incentive to enroll and could, in the early years of the law’s implementation, make up a larger amount of the “risk pool,” according to the American Academy of Actuaries.

Individual, small group and large group health plans, as well as self-funded plans, will contribute to the program, which lasts through 2016. They pay a $63 tax assessed on nearly every health insurance enrollee for 2014 (the Department of Health and Human Services has proposed a rate of $44 per person in 2015).  The money collected is then used to help insurers in the individual market with high-cost cases that reach beyond a catastrophic cap. The fund would reimburse insurers for 80 percent of costs for claims between $60,000 and $250,000 per person, although HHS has proposed some changes to the program. Without the reinsurance tax, individual market premiums would be about 10 to 15 percent higher, according to HHS.

–Risk corridors – that’s the provision getting the most attention these days – limit plans’ losses and gains. Actual claims are compared to the claims insurers anticipated when they set their premiums.  If claims are below specific target amounts, they return part of that premium money to the government. If claims exceed specific target amounts, HHS reimburses the insurer for some of the money.

The risk corridors program, like the reinsurance program, is scheduled to be a temporary measure and sunset in 2016. But insurers could pressure lawmakers to extend the program.

Q: Why is the risk corridor part getting so much attention?

A: For risk adjustment and reinsurance, contributions from insurers or large employers finance the plan. What health plans pay in is equal to what is distributed to qualifying health plans. With risk corridors, taxpayers foot the difference between what insurers pay in and what’s paid out. But the government also shares in large gains.

According to a March 2012 Centers for Medicare & Medicaid Services analysis, the Congressional Budget Office did not count the risk corridor program as a cost to taxpayers because it assumed that payments from insurers would offset payments made to other insurers. But that was before President Barack Obama’s announcement in November that some people in the individual market who received cancellation notices could keep their health plans for another year.

Some analysts say that change may keep healthy people out of the online marketplaces, or exchanges, which could increase premiums next year. In November, HHS said it was looking at ways to alter the risk corridors.

Critics say the flawed rollout of the health law, along with its design, means the government will end up paying more money than it will ever recoup from insurers.

“Obamacare’s exchanges are not rational insurance markets, and its risk-corridor provision now looks to be very far from budget neutral,” James C. Capretta and Yuval Levin write in the Jan. 27 issue of The Weekly Standard. “This year it could easily cost the taxpayers hundreds of millions and possibly billions of dollars.”

That’s leading some lawmakers, like Rubio and Griffin, to lodge “bailout” charges against the health law’s risk and stabilization provisions and push for their repeal. But health law proponents point to the reinsurance and risk corridor programs that now exist in the Medicare prescription drug program – which was created in late 2003 by a Republican-controlled administration and Congress — as proof that such initiatives can help insurers balance risk without being a drain on taxpayers.

“The temporary risk corridor provision … is an important protection for consumers and insurers as millions of Americans transition to a new coverage in a brand new marketplace,” said Aaron Albright, a spokesman for CMS. “The policy, modeled on the risk corridor provision in [the Medicare drug benefit] that was supported on a bipartisan basis, was estimated to be budget neutral and we intend to implement it as designed.”

A: The Republicans’ measure might pass the House but would be dead on arrival in the Democrat-controlled Senate.

Ryan’s remarks suggest that Republicans may push for their repeal as part of the debt ceiling negotiations in February, although Obama has said he will not negotiate with Republicans over the debt ceiling increase because it’s money to pay the bills for what Congress has already spent.

Nonetheless, expect the issue to remain in the headlines as Republicans continue to try to overturn or alter key provisions of the health law through the midterm elections.

The Health Law’s ‘3 Rs’ For Insurers: A Bailout Or Necessary Safeguards?