Covid-19 cases are on the rise again, but you couldn’t tell from the behavior of the public (rushing back to normal), as well as public health and elected officials who fear backlash from even suggesting the reimplementation of precautions.

Meanwhile, the Senate (again) failed to muster even a simple majority of votes for a bill to write abortion protections into federal law, as the fallout continues from the leaked majority draft opinion from the Supreme Court suggesting it is about to overturn the landmark 1973 ruling Roe v. Wade.

This week’s panelists are Julie Rovner of KHN, Joanne Kenen of the Johns Hopkins Bloomberg School of Public Health and Politico, Alice Miranda Ollstein of Politico, and Sandhya Raman of CQ Roll Call. 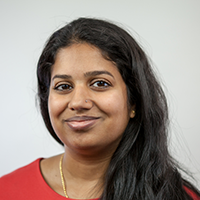 Joanne Kenen: Politico Magazine’s “How One Clinic in Texas Explains the Threat to Contraception,” by Joanne Kenen and Alice Miranda Ollstein

KHN’s ‘What the Health?’: The Invisible Pandemic