Rev your engines: On Oct. 1 people can start shopping for insurance on the new on-line marketplaces created by the health law. The first weeks and months will be closely watched, but many policy experts say don’t speed to judgment on how well they are working. While people can enroll for insurance until the end of March, real assessments of these marketplaces will take months if not years. 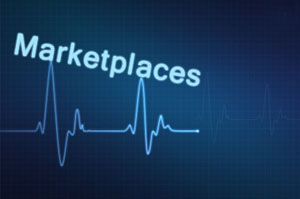 “There are going to be a lot of people making predictions based on incomplete information,” said Dan Mendelson, CEO of Avalere Health, a consulting company.

Here are three issues to consider when assessing how well these marketplaces are working, and why the earliest answers won’t necessarily be the right ones.

About 7 million people are expected to buy insurance through the marketplaces in the first year. But it’s more important to watch who signs up rather than how many. For these new insurance markets to thrive, they’ll need to take in more in premiums then they spend on health care, so they need more healthy buyers than sick, economists say. The first enrollees in October are likely to be those itching for medical care. They probably will not be representative of those who rush to meet the law’s requirement to have insurance by signing up just before the Jan. 1 start of coverage or the March 31 end of open enrollment, said Sabrina Corlette, a professor at Georgetown’s Health Policy Institute.

“In December and then in March you’ll see the rush of procrastinators and those who are not in as much need of health care services,” Corlette said.

Even that’s too early for an assessment, said James Capretta, a budget adviser to President George W. Bush.  A better test, he said, is how many people keep paying premiums month after month. “I would wait a while before one judged this,” Capretta says. He predicts many people will drop out after paying a few months of premiums and realizing the cost of the insurance.

Premium prices will be clear for shoppers in the marketplaces, but consumers won’t be able to assess the worth of these insurance policies until they grasp all the costs. Typical deductibles will be $2,000 or $5,000. In addition, patients will have to pay for part of their care even after they’ve satisfied their deductibles. For instance, Californians with a silver-level plan — a mid-level offering on the marketplace — will have to contribute $65 every time they see a specialist, $45 for a lab test, $65 for an X-ray and $250 if they go to the emergency room and 20 percent of the cost of hospitalization. Those co-payments continue until patients meet their maximum annual out-of-pocket amount, which generally will be $6,350 for individuals and $12,700 for families. The cheapest plans also may have the most limited groups of doctors and hospitals.

“The consumer is going to go to the exchange and find out for $2,500 a year they get a $2,000 deductible” for a policy they think they won’t really use, said Robert Laszewski, a former insurance company executive who is now a consultant. “The second thing they’ll find out is that their favorite doctor isn’t necessarily in the network, and to get a wide network it’ll be another $100 a month.”

How people react to the details of these plans may depend on where they’re coming from. Those with serious health problems who have been rejected by insurers in the past may well be grateful for any coverage. Larry Levitt, a senior vice president at The Kaiser Family Foundation, said that high deductibles are already widespread in the insurance market for people without workplace coverage, so many people won’t be surprised. (KHN is an independent program of the foundation.)

“I would expect that the networks will vary from plan to plan and some will have broader networks than others,” Levitt said. “That’s a tradeoff that people will have to make and they will hopefully go in with their eyes open.”

The first year’s premium prices are based on educated guesswork by insurers, since they don’t know who will enroll and how much medical care they will use. Insurers will have only a few months of claims information when they formulate their premium rates for 2015. So it won’t be until the 2016 rates come out that consumers will see what established marketplaces look like.

Insurers and policy makers may have earlier glimpses based on data. Avalere’s Mendelson said it took experts more than 18 months to start evaluating how Medicare’s Part D prescription drug benefit, which went into effect in 2006, was functioning. “You put in a new product, and it’s just takes time to figure this out,” he said. “If you have five years of data, that’s pretty good.  … It’s more of a mature market.”

“As with all things, the first few weeks are not a good indication of anything,” said Joseph Antos, an economist at the American Enterprise Institute. “It doesn’t tell you anything about the prospects for health reform being a success or a failure.”