Legionnaires’ disease cases hit an all-time high in 2018, with eight times more cases than 20 years ago. Even though many facilities in Missouri and elsewhere have water management plans in place to deal with the potentially deadly disease, they are still finding the underlying bacteria that causes it in their water.

Federal officials unveil new ratings for the Affordable Care Act’s marketplace plans. Missouri is one of eight states that has no plans earning at least three stars on a five-star scale.

‘We Vape, We Vote’: How Vaping Crackdowns Are Politicizing Vapers

In response to the crackdowns on vaping, those who use or sell the e-cigarette products are mobilizing. Touting the “We Vape, We Vote” slogan, this burgeoning movement is positioning itself to be a factor in 2020 elections.

Eight years ago, a new medical program opened in Salina, Kan., as an experimental way to promote rural medicine. Hailed as a solution to the rural doctor shortage, only three of its eight newly minted doctors are now working in the most rural communities.

Without the teamwork, communication and quick action of several veteran health officials in Wisconsin, the world might not know about the vaping illness the U.S. is battling today. This is their story.

Groupon and other deal sites are the latest marketing tactic in medicine, offering bargain prices but potentially unnecessary, duplicative services.

When Kansas elected Laura Kelly as governor, Medicaid expansion looked like a shoo-in, with seemingly broad support across state government. It didn’t happen. A look at conservatives’ new health care playbook and the politics of obstruction. Health care for 130,000 Kansans hangs in the balance.

Jorge A. Perez and his management company, EmpowerHMS, helped run an empire of rural hospitals. Now, in a staggering implosion, 12 of them have entered bankruptcy and eight have closed their doors, leaving hundreds of residents without jobs and their communities without lifesaving emergency medical care. So, what happened?

An enhanced government effort to catch insurers that overcharge Medicare faces resistance from the insurance industry.

As nitrous oxide makes a comeback for pain relief during childbirth, one medical professional fights back over an overblown charge for using it.

While Missouri’s final abortion clinic may stop providing the procedure this week, women in the state had already been seeking care in neighboring states as regulations increasingly limited abortion access.

For the seventh year in a row, Missouri will retain its lonely title as the only state without a statewide prescription drug monitoring program. Fears about privacy violations and gun control scuttled the bill yet again, leaving a pastiche of half-step measures in place to fill the void in the fight against prescription drug abuse.

As Syphilis Invades Rural America, A Fraying Health Safety Net Is Failing To Stop It

Syphilis is spreading from big cities into rural counties across the Midwest and West. One Missouri clinic has seen more than six times as many cases in the first few months of 2019 compared with the same period last year. Communities grappling with budget cuts and crumbling public health infrastructure also lack experience in fighting the disease. 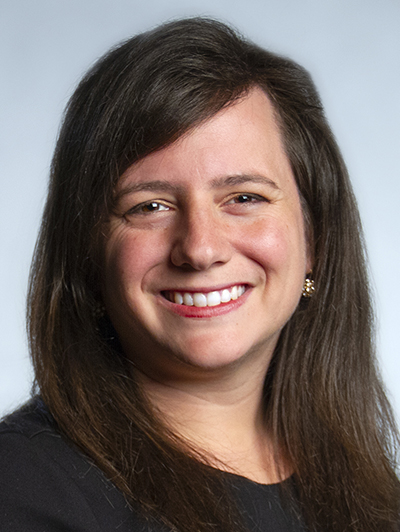 Lauren Weber, Midwest correspondent, is covering how America’s health system is working — and not working — for patients in that region. Based in St. Louis, her hometown, she tackles everything from rural hospital closures to health system consolidation to state and national reform promises made on the 2020 campaign trail. Formerly a health policy reporter for HuffPost based in Washington, D.C., she has covered a wide variety of topics including Ebola and hepatitis A outbreaks as well as the health of migrant detainees. While at HuffPost, she also created “The Morning Email,” a weekday rundown of the news, and served as the voice of HuffPost on Amazon Echo. She was a 2017 USC Annenberg Health Journalism National Fellow.