By law, many U.S. insurance providers that offer mental health care are required to cover it just as they would cancer or diabetes treatment. But advocates say achieving this mental health parity can be a challenge. A report released last week by the National Alliance on Mental Illness found that “health insurance plans are falling short in coverage of mental health and substance abuse conditions.”

Jenny Gold of Kaiser Health News spoke with NPR’s Arun Rath over the weekend about the issue. She noted that many patients have trouble getting their mental health care covered, and she outlined some of the issues confronting both patients and the insurance industry. Here is an edited transcript of her comments. 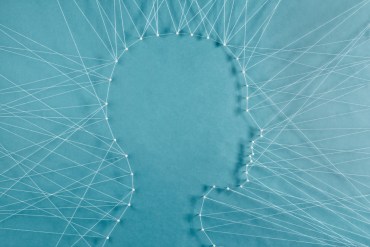 Where does parity stand?

It’s been a mixed bag so far. Insurance companies often used to have a separate deductible or a higher copay for mental health and substance abuse visits.  Right now, that usually isn’t the case. In that way, insurers really have complied.

But in more subtle ways , advocates are saying they’re really not complying. For example, insurance companies, in order to keep down costs, will do things called “medical necessity” reviews. Basically, they look at someone’s care and ask is it really medically necessary. Advocates say they’re applying those sorts of cost-control techniques more stringently on the mental health side and the substance abuse side than they are on the physical health side. So people are still having trouble getting their care covered.

For insurers, isn’t it legitimate to say that it’s more difficult to say something is medically necessary when we’re talking about mental health?

Insurance companies are arguing this is a really hard law to implement. Clare Krusing, a spokeswoman for America’s Health Insurance Plans, the insurance industry’s main trade group, says the plans are doing their best to make this work.

“The plans have made tremendous steps since the final rules have come out to implement these changes and requirements in a way that is affordable for patients,” Krusing said. “And again this goes back to the fact that we are at a point where health care costs continue to go up.”

She also said that it’s hard to compare mental and physical health care, that those are two really different things, sort of apples and oranges. It’s hard to make them exactly equal when treatment often doesn’t line up, she said, and success can be harder to measure on the mental health side.

How are things going for patients?

Advocates, patients and lawyers say it’s not going well for patients and that we’ve got something that looks like mental health parity in name only. A National Alliance on Mental Illness poll found that consumers said they were twice as likely to get their mental health care denied than their medical care, which suggests that insurance companies still aren’t equating the two.

Carol McDaid, an advocate who runs the Parity Implementation Coalition, noted that her group has a helpline to take complaints from people who are having trouble getting their care covered. “They end up with this perception that they have access to care, but when they’re in a crisis for themselves or their loved one, lo and behold, the care’s not available because of these cost-control techniques,” McDaid said.

Do patients know what their rights are?

It’s hard for people to bring a complaint. To prove there’s been a violation, you have to look at how an insurance company makes decisions on the mental health side and then compare that to how they make determinations for medical and surgical treatments. And insurance companies often won’t give up those documents to be analyzed.

In addition, for a consumer to make a complaint, it means coming forward and acknowledging that they have a mental illness. There’s still a lot of stigma about these conditions. Sometimes it’s hard for people to step forward, especially when it means telling their employers.

How are states and groups reacting?

There are a handful of states that are taking some enforcement actions, including New York, which has reached settlements with some insurance companies, and California. Also, there are many individual and class action lawsuits against insurance companies alleging that they are violating mental health and substance abuse parity law. And so that may end up being the way it starts getting enforced.