Advocates for children with rare diseases are watching closely a congressional effort to streamline the nation’s drug approval process because the bill includes a provision extending a federal program that rewards companies making remedies for these young patients.

The reward program, the advocates say, offers hope to families that often have very few options. Approximately 15 million children are diagnosed with rare diseases, and 35 percent of deaths in the first year of life are caused by them.

“Treatments aren’t getting to kids, and kids deserve more than the leftovers,” said Nancy Goodman, the founder and executive director of the advocacy group Kids v Cancer whose 10-year-old son died from brain cancer. She helped push for the original reward program in the hope that children like her son would have access to a wider range of treatments.

The extension of that program is part of the bipartisan 21st Century Cures bill, which seeks to rewrite the rules for drug development to make innovative treatments available faster. The overall bill has generated support on Capitol Hill, but some critics contend that it has the potential to undermine drug safety and profit drug makers. 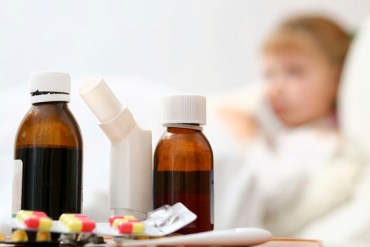 Children’s advocates say there is a shortage of good therapies for rare and often deadly pediatric diseases that can include a wide variety of conditions including cancer, skull deformities or enzyme deficiencies. Pharmaceutical companies have historically been hesitant to test drugs for children because of concerns about potential negative outcomes, children’s inability to consent to treatment and the perception that the market for these drugs was limited. So doctors often have been left to use adult-tested drugs on sick children without the studies that show pediatric safety or effectiveness.  But drugs used on adults don’t always work on children in the same way because of differences in metabolism and maturation of organs.

The advocates say more research needs to be conducted with children. But that testing is a sensitive process. It can be very costly, and it requires extra care because there are more stringent ethical protocols to protect these minors. Bad results—either injuries or deaths – can set back research efforts and have financial consequences for the company.

With that in mind, Congress in 2011 set up a program to help promote more pediatric drug research. It gives creators of medicine for rare pediatric diseases a voucher that they can use to have another one of their drugs approved quicker than usual – six months vs. a process that can run a year or often more.

Drug makers can also sell that voucher, which can be a big windfall for a small drug company trying to recoup research and development costs. There have been four vouchers given out since 2014, and one was sold for $67.5 million and a second for $125 million.

The voucher program, which advocates say holds big potential, expires next year. The cures bill seeks to extend it another three years.

“A lot of companies are reluctant to get into pediatric drug development because it’s very difficult if something goes really wrong,” said Alexander Gaffney of the Regulatory Affairs Professionals Society, an association for people involved in overseeing health care or the quality of health care products.

Drugs that are approved for cancer in adults are commonly not approved in kids. “Children are not simply small adults, they metabolize drugs very differently,” Gaffney said.

Critics say that however well-intentioned the voucher program is, it could have some unintended consequences. For example, a company could get a drug approved by the Food and Drug Administration but never bring it to market, if the maker decides it would not generate enough money. Yet the company would still pocket the priority review voucher.

Because of the speed sought by the program, vouchers could be given out without some of the safeguards that come in more traditional testing. For example, the research might not uncover that the drug could be fatal to a child after a few months or years.

Diana Zuckerman, president of the National Center for Health Research, a nonprofit group that seeks to represent children and families on health research policy issues, says the rush in moving drugs through the system can obscure problems. Drug makers “shouldn’t be able to sell it [or use it] unless it works,” she said.

She noted that in some studies, as few as 10 kids are included because the disease is so rare. With such a small population size, the company is not likely looking at big profits.

“When you’re doing a study of rare disease, it’s a small sample size and it’s easy to manipulate the data to make it look better than it is,” said. “You don’t want an incentive to represent the company wrongly in the short-term,” to get the voucher for another larger drug.

Julia Jenkins, executive director of the EveryLife Foundation for Rare Diseases, an advocacy group pushing for drug companies to spend more on drug development, wants the pediatric drug voucher program extended. She notes that the program is still too new for officials to evaluate whether it is effective.

One problematic part of the current House version, she said, is that it only extends the program for three years, and drug companies generally need 10 years to scratch up investors and research a new drug. The potential reward of expedited drug review might not be enough to allow a company to make a financial plan for a drug based on the program.

The bigger cures bill covers more than 60 health issues, including a $10 billion boost in funding for the National Institutes of Health and $550 million in extra money for the FDA over the next five years. Other provisions include creating a database of genomic information from a million U.S. patient volunteers and allowing the FDA to approve drugs without the gold-standard clinical trial, instead using smaller observational studies or clinical experiences.

The bill passed the House Energy and Commerce Committee unanimously in May and is expected to come up for a vote in the full House.  Senators are in the early stages of working on a similar bill.