When states and the federal government rolled out online marketplaces to help people buy health insurance on Tuesday, you’d think that old-fashioned insurance brokers would be worried.

All told about $200 million is being spent on a new army of people to help consumers find their way. These navigators, guides or assisters, as they’re called, would seem to threaten the business of traditional brokers. 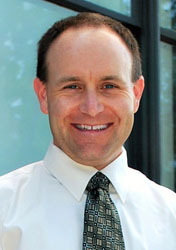 Tim Hebert, an insurance broker in Ft. Collins, Colo., says he expects that the health care law will wind up being good for his business (Photo by Kara Donahoe/Courtesy of Tim Hebert).

Brokers often work for small independent businesses. So are brokers at risk of becoming the next travel agents, whose ranks were thinned by online plane ticket shopping?

Many of them thought so back when the Affordable Care Act passed back in 2010, says Tim Hebert, an ambitious young insurance broker in Ft. Collins, Colo. “Brokers were concerned they were going to be out of business, that the law was designed to put them out of business,” he says.

Part of the law led insurance companies to dramatically cut the commissions they paid brokers. And Hebert says the new government-run online marketplaces, also called exchanges, were designed to make it easy for individuals to buy health insurance.

Brokers “were concerned that the exchanges would set up a federal entity, and that they would have people come to them and enroll [in the exchanges], and that brokers would not be able to help in that and would not be compensated,” Hebert says. “So we’d lose the majority or all of our clients to the exchange, putting us out of business.”

At the same time, an estimated 20 million Americans, who couldn’t afford health insurance before, would be able to get government subsidies to help them buy it. Brokers worried that that subsidized coverage would only be available through the new online shopping portals in every state.

The exchange in Colorado, for example, has a website designed to take people from uninsured to fully covered right at the keyboard.

Christopher Ringwood, who works for the exchange in Colorado, shows off the new site. “So I’m entering the ZIP code and county information, my month and year of birth, I’m now going to browse plans,” he says. “If I want I can add additional family members to get a quote.”

The website is backed by a toll-free phone number. Nearly 200 people are available to take calls in Colorado alone. 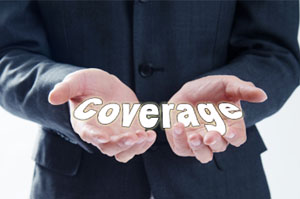 Then there are the navigators. Many work for established nonprofits, which got grants to help people get health coverage.

One of them is Heather Parker, an in-person navigator with Planned Parenthood of Metropolitan Washington.

In every state and the District of Columbia, people like Parker are taking government-sponsored training to help the uninsured find coverage.

“I’m an attorney,” Parker says. “So I felt like I could help people do this, and it makes me feel all warm and fuzzy inside, and I get to go home and feel like I did some good in the world that day.”

With all the new people like Parker being brought on, it’s not surprising that insurance brokers thought they were being pushed aside.

That’s despite the fact that the White House wants brokers to be part of its larger effort get as many Americans as possible health coverage by the end of March. It has set a goal of 7 million, which it calls ambitious.

Brokers lobbied Congress hard to make sure they wouldn’t be replaced by navigators. Those efforts helped pass laws in 16 states restricting what navigators can do. The brokers say they don’t want to be undercut by people who don’t face the same licensing and liability requirements they do.

But Colorado broker Hebert says he isn’t worried about the new competition. “For our business, we anticipate this is the single best opportunity for us to grow,” he says.

Hebert is planning to work with navigators, and expects they’ll send him cases that are beyond their expertise. “Brokers are designed to really handle the more complex issues. Navigators are more of an education and outreach entity,” Herbert says.

But Jessica Waltman with the National Association of Health Underwriters says most people don’t appreciate that buying health insurance is a lot more complicated and consequential than buying an airline ticket online.

“When you go to an agent or broker to buy your coverage, then you’re going to them for the whole year, it’s not just enrollment purposes,” she says. “When you go and have a claim, if you lose your card, if you have a problem, if something isn’t covered that you thought was covered, all those things you can go back to the broker and then it’s their job to solve that problem for you.”