Supporters of the nation’s health law condemn them. A few states, including California and New York, have banned them. Other states limit them.

But to some insurance brokers and consumers, short-term insurance plans are an enticing, low-cost alternative for healthy people.

Now, with new federal rules allowing short-term plans that last up to three years, agents said, some consumers are opting for these more risky policies. Adding to the appeal is the elimination of a federal tax penalty for those without comprehensive insurance, effective next year. Short-term health plans often exclude people with preexisting conditions and do not cover services mandated by the Affordable Care Act.

Colorado resident Gene Ferry, 66, purchased a short-term health plan this month for his wife, Stephanie, who will become eligible for Medicare when she turns 65 in August. The difference in the monthly premium price for her new, cheaper plan through LifeShield National Insurance Co. and the policy he had through the ACA is $650.

“That’s a no-brainer,” said Ferry, who considers the ACA “atrocious” and supports President Donald Trump’s efforts to lower costs. “I was paying $1,000 a month and I got tired of it.”

He signed up his wife for a three-month plan and said that if she is still healthy in January, he will purchase another one to last six months. But Ferry, who is covered under Medicare, said if something happens to her before open enrollment ends — which in Colorado is in January — he would buy a policy through the exchange. 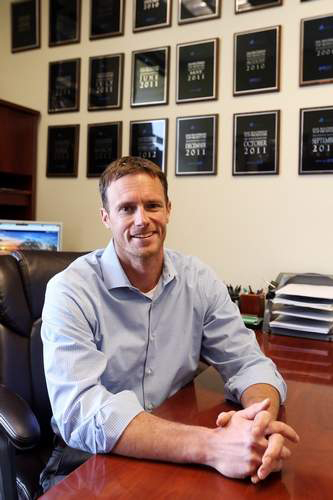 Dan Walterman, who lives in Iowa, says he chose a short-term policy for himself, his wife and their 3-year-old daughter because it was less expensive and provided the coverage he needed.(Courtesy of Dan Walterman)

There’s a lot of “political jockeying” over the value of short-term plans, said Dan Walterman, owner of Premier Health Insurance of Iowa, which offers such policies. “I think people can make their own choices.”

Walterman, 42, said he chose a short-term policy for himself, his wife and their 3-year-old daughter — at a sixth of the price of more comprehensive insurance. “The plan isn’t for everybody, but it works for me,” he said, adding that he gets accident coverage but doesn’t need such things as maternity care or prescriptions.

Some plans have exclusions that could blindside consumers, such as not covering hospitalizations that occur on a Friday or Saturday or any injuries from sports or exercise, said Claire McAndrew, director of campaigns and partnership for Families USA, a consumer advocacy group.

“People may see a low premium on a short-term plan and think that it is a good option,” she said. “But when people actually go to use a short-term plan, it will not actually pay for many — or any — of their medical expenses.”

The plans can exclude people with preexisting conditions such as cancer or asthma and often don’t cover the “essential benefits” required under the health law, including maternity care, prescription drugs or substance abuse treatment. They also can have ceilings on what they will pay for any type of care. Insurers offering such plans can choose to cover — or not cover — what they want.

“Democrats are condemning them as ‘junk plans,’ but the adequacy of the health plan is in the eye of the beholder,” said Michael Cannon, director of health policy studies for the libertarian Cato Institute. “The only junk insurance is a plan that doesn’t pay as it was promised.”

The plans originally were designed to fill brief gaps in insurance coverage for people in the individual market. When the ACA went into effect, the Obama administration limited short-term plans to three months, but the Trump administration this year expanded that to 364 days, with possible extensions of up to three years. Critics fear healthy people may abandon the ACA-compliant market to buy cheaper short-term plans, leaving sicker people in the insurers’ risk pool, which raises premiums for those customers.

But some agents said the policies may be good for healthy people as they transition between jobs, near Medicare eligibility or go to college — despite significant limitations.

“It’s hard to encourage those types of people to spend hundreds of dollars extra on a health insurance plan that they are rarely using,” said Cody Michael, director of client and broker services for Independent Health Agents in Chicago.

Michael said agents also get a higher commission on the plans, providing them with more of an incentive to sell them. But he advises clients that if they do have a chronic illness, they may face denials for coverage. “This is old-world insurance,” he said. “You basically have to be in perfect health.”

Dania Palanker, assistant research professor at Georgetown University’s Center on Health Insurance Reforms, said preexisting conditions aren’t always well understood — or well explained. A person might discover too late that, for example, they aren’t covered if they have a stroke because an old blood test showed they had high cholesterol.

But Ryan Ellis, a 40-year-old lobbyist and tax preparer in Alexandria, Va., who is considering a short-term plan for himself, his wife and his three children, said his decision will be made “very deliberately, with my eyes wide open knowing the advantages and disadvantages.”

Some agents said they offer the short-term plan as a last resort — only after warning clients that if they have an accident or get sick, they might not be able to renew their plan. That means they could be stuck without insurance while waiting for the next open-enrollment period.

“They could really be in a world of hurt,” said Colorado insurance agent Eric Smith. “This is just a ticking time bomb.”

Roger Abel, of Marion, Iowa, said he’s willing to take the risk. He has a short-term plan for his 2-year-old daughter. Abel said he pays about $90 a month for her, compared with more than $450 that he would have paid for comprehensive coverage. He and his wife have a separate policy from before the Affordable Care Act took effect. 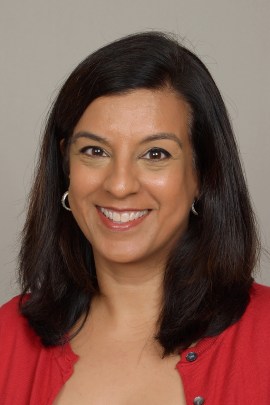 California resident Neena Moorjani says she wanted to buy a short-term plan, but they are now banned in the state.(Courtesy of Neena Moorjani)

But Abel, who is an investment adviser, has a backup option. He said he could always start a group health plan under his company that would provide his daughter with more coverage.

Neena Moorjani, 45, said she wanted to buy a short-term plan but can’t because she lives in California, where they were prohibited under a law signed by Democratic Gov. Jerry Brown this year. Moorjani, a tax preparer in Sacramento, said she rarely gets sick and doesn’t need an ACA plan.

She decided on religious-based health coverage known as a Christian ministry plan. These cost-sharing programs use members’ fees to pay for others’ medical bills. Such programs are not regulated by government agencies and may not cover preexisting conditions or preventive care.

When California banned short-term plans, “I was really, really upset,” Moorjani said. “I wish I had the freedom to choose what health care insurance is appropriate for me.”