OAKLAND, Calif. — Dr. Nick Nelson walks through busy Highland Hospital to a sixth-floor exam room, where he sees patients from around the world who say they have fled torture and violence.

Nelson, who practices internal medicine, is the medical director of the Highland Human Rights Clinic, part of the Alameda Health System. A few times each week, he and his team conduct medical evaluations of people who are seeking asylum in the United States. The doctors listen to the patients’ stories. They search for signs of trauma. They scrutinize injuries, including electrocution scars, bullet wounds and unset broken bones.

As the Trump administration looks to reduce the number of asylum applicants, citing loopholes and fraudulent claims, this clinic — and others like it in San Diego, Los Angeles, New York and Chicago — seeks evidence that can help determine whether someone should gain asylum in the U.S.

The Highland clinic opened in 2001 as a place for asylum seekers and refugees to get care. Five years later, the staff started offering forensic exams that aim to discern whether there is evidence of torture or abuse. Nelson, who took over as director in 2012, says his team does between 80 and 120 evaluations each year.

Nelson and his colleagues diagnose physical and psychological ailments and, in many cases, substantiate these patients’ claims about how they were hurt. Sometimes the asylum seekers have health coverage that pays for the exams, but the county covers the cost for those who don’t.

“Our job is to make sure that the asylum office understands all the medical and psychological facts about a person’s case so that they can make a decision,” Nelson said.

Nelson bases his findings on an internationally recognized protocol for torture documentation.

For example, he may be called on to judge whether a scar or injury could have occurred as the patient describes. Sometimes, Nelson said, attorneys ask him to answer specific questions, such as, “Is this burn scar consistent with a cigarette burn?” or “Are these marks on his back consistent with being beaten with PVC pipe?”

Nelson has had some medical training on what to expect to see in cases of torture. He also applies his general expertise as a doctor in knowing how to interview and examine patients, and has learned something about the countries these asylum seekers are fleeing and the injuries they may have endured.

For example, when someone is hit with a long, stiff object, it produces a pair of parallel bruises like railroad tracks, he said.

“That’s a specific thing that I didn’t learn in medical school or residency,” he said, “but that I have learned through taking care of a lot of people who have been tortured.”

In most cases, Nelson said, he finds evidence to support the stories his patients tell him. But there are also exams that don’t yield definitive evidence.

Nelson also addresses the asylum seekers’ health needs, sometimes diagnosing cases of tuberculosis or HIV that were previously undiagnosed. Nearly all of the patients he sees need mental health referrals, he said, because of years of torture or abuse in their native countries. 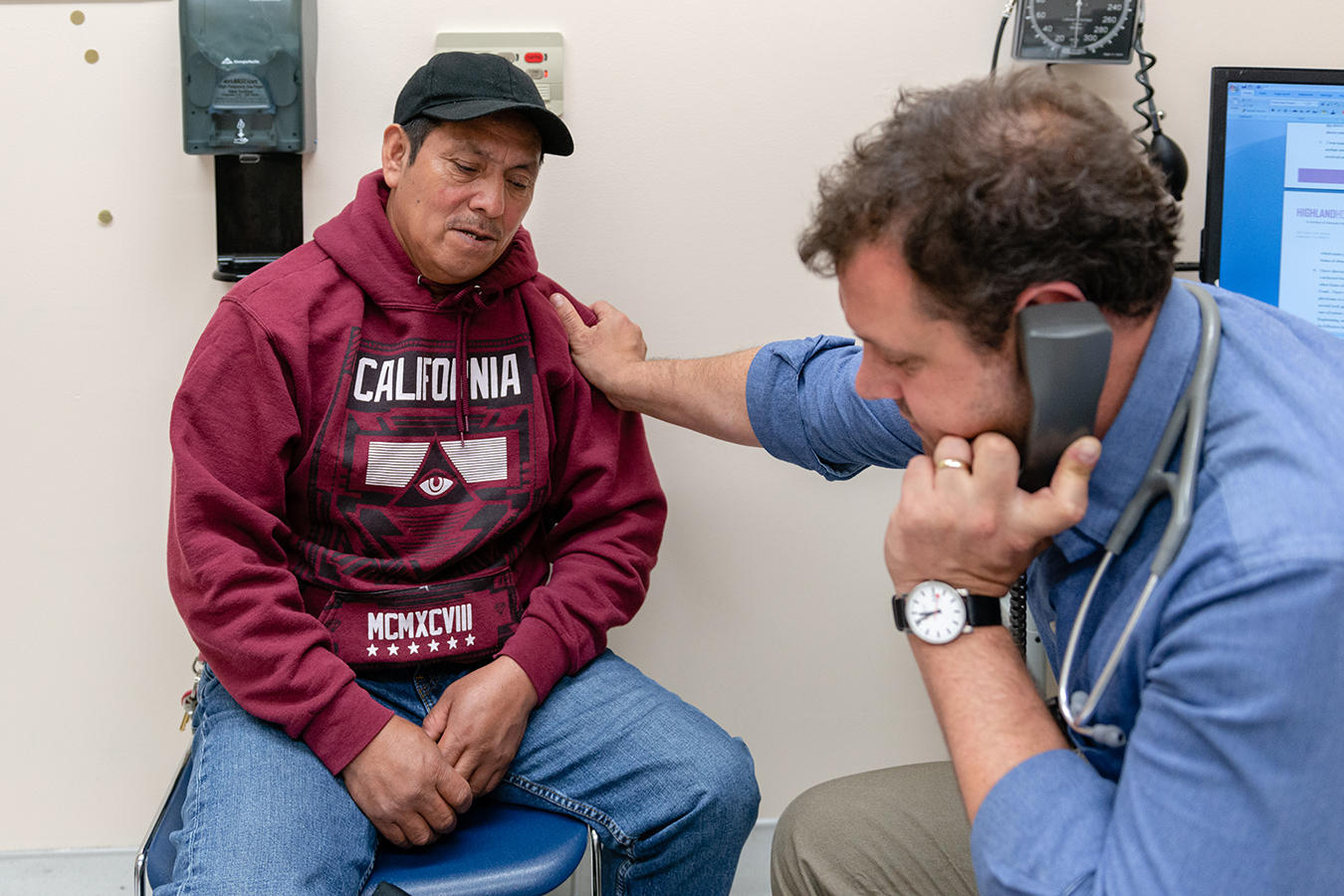 One of the patients Nelson recently treated is 60-year-old Juan Lopez Aguilar, an indigenous Maya who fled Guatemala three years ago. He said he was beaten and threatened off and on for nearly four decades because of his ethnicity and feared for his life back home. Lopez Aguilar’s son also was murdered in 2005 and his daughter fled because of threats, his attorney said.

“I’m worried,” Lopez Aguilar told the doctor through a translator, as he sat in the exam room. “There are a lot of gangs. They want to kill people in my community.”

Lopez Aguilar, who grew up in a family of peasant farmers, told Nelson that his community was attacked by soldiers when he was in his 20s and that his father was killed during that attack. Lopez Aguilar moved to another part of Guatemala, where he continued to be the victim of “race-based harassment, extortion and threats,” Nelson said.

The man’s story echoes those of other clinic patients, Nelson said, and violence and discrimination against indigenous Mayan-speaking Guatemalans is common.

Lopez Aguilar, who has worked as a dishwasher, has now returned to the clinic for a regular medical visit. He tells the doctor in his native language that he has been having severe headaches and dizziness since soon after he arrived in the U.S.

His wife and some of his children are back in Guatemala, he explained, and he can’t petition to bring his wife to the States unless and until he is granted asylum. That won’t be before 2020, when his court date is scheduled. 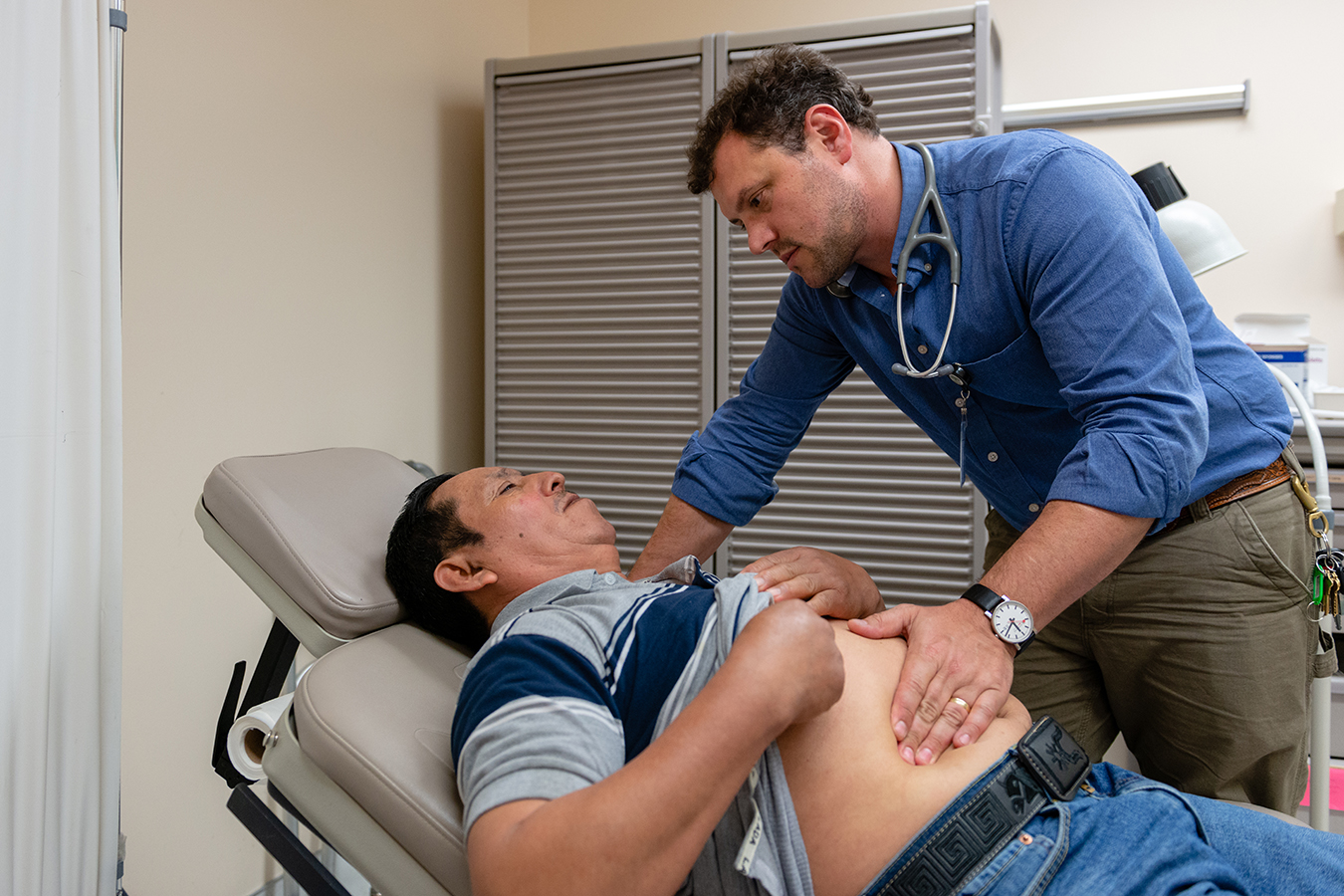 Lopez Aguilar had spent decades being persecuted as an indigenous Maya. “I’m worried,” he says through a translator while sitting in the exam room. “There are a lot of gangs. They want to kill people in my community.” (Heidi de Marco/KHN)

To be eligible for asylum, applicants must prove they face physical violence, or fear it, based on factors such as race, ethnicity or religion.

Even before the Trump administration’s recent crackdown, getting asylum was a difficult and time-consuming proposition. In 2017, only about 38 percent of asylum seekers in the U.S. were granted that status by the immigration court, according to data from the nonpartisan Transactional Records Access Clearinghouse at Syracuse University.

The harsher federal policies, including detentions at the border, have generated anxiety and uncertainty among those seeking asylum and their advocates and immigration lawyers.

“Every day is a roller coaster,” said Oakland attorney Haregu Gaime, who frequently refers her clients to the Highland clinic.

When applicants are examined at the Highland clinic, Khonsari said, it “definitely makes a difference for judges.”

Gaime said the clinic’s reports frequently help corroborate her clients’ experiences in a way that their testimony alone cannot.

“Sometimes a traumatized person is not able to relay what happened to them in a way that tells the full story,” she said.

Ira Mehlman, spokesman for the Federation for American Immigration Reform, which favors stricter controls on immigration, noted that there are limits to a doctor’s ability to interpret these cases. Doctors may be able to determine if somebody suffered an injury, he said, but not necessarily the circumstances that led to it. “And they can’t determine if it was because of political persecution,” he said.

Mehlman said there is no question that there is violence in Central America and that gangs are rampant, but the U.S. can’t accept everyone who is danger. 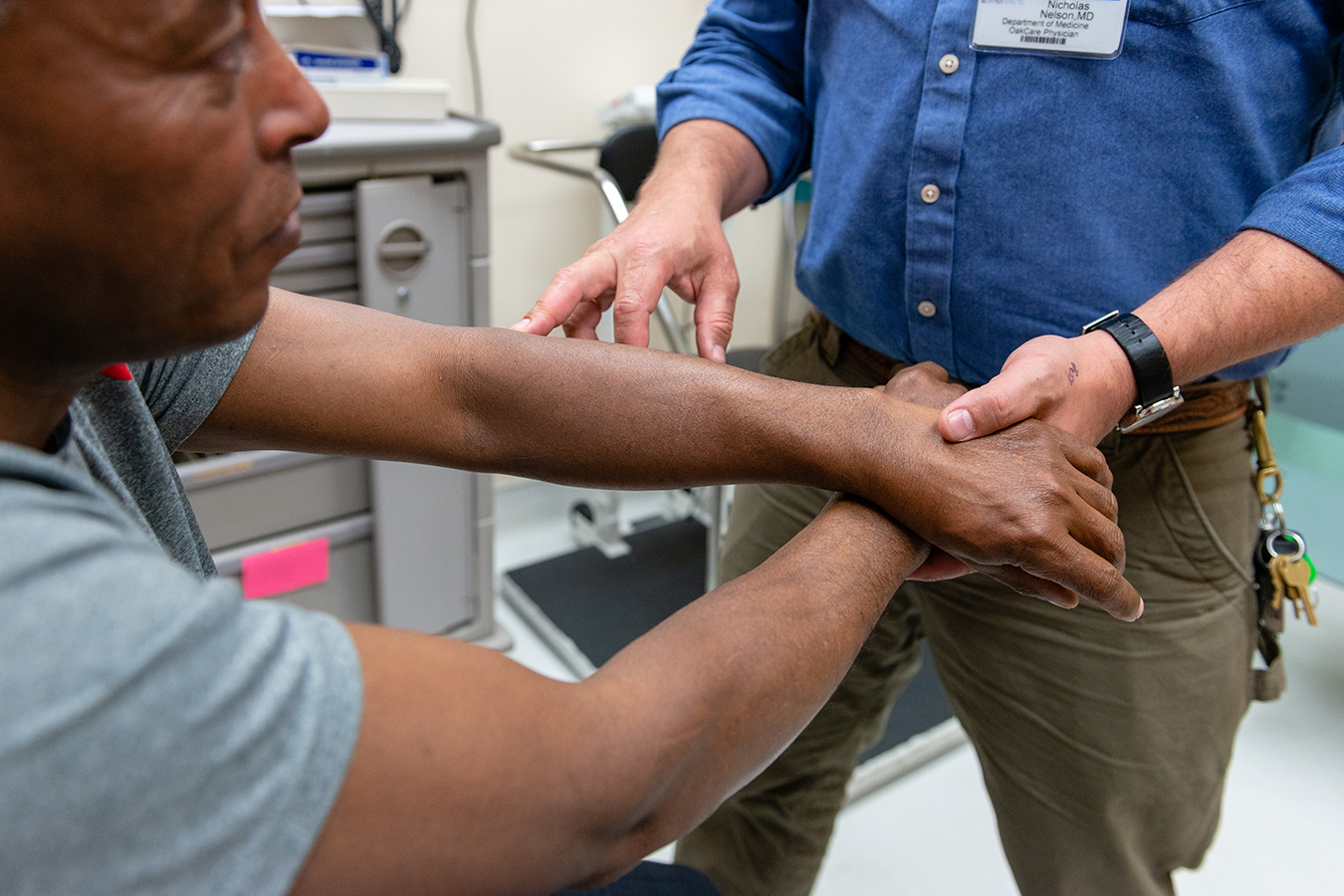 On the same morning that Nelson saw Lopez Aguilar at Highland clinic, he also examined Gebremeskl Tefamicael, an asylum seeker from Eritrea. Nelson took notes as he listened to Tefamicael’s story of being conscripted into the military, then imprisoned and tortured.

Nelson asked Tefamicael exactly what his tormentors used to tie him up.

It was a rope made from tree bark, the patient responded, as Nelson wrote in his notebook a description of the scars on Tefamicael’s wrists.

Afterward, Nelson’s report for the court stated that Tefamicael’s physical scars and psychological state are consistent with the man’s description of what happened to him.

Nelson said he got involved with the clinic because he wanted to treat people who were underserved. People fleeing their countries and seeking asylum here are “definitely one of the more … underserved and generally marginalized” communities, he said.

Often, Nelson doesn’t hear until months or years later whether his patients have been granted asylum. But when the request is approved, he said, he sees a tremendous change in them.

Getting asylum doesn’t take away the trauma, but it relieves these people of the fear of returning to a country where they are not safe, Nelson said.

“When someone who has got a real basis for an asylum claim gets granted, and you were part of demonstrating why that should be the case,” he said, “that feels really good.”