As it prepares to offer coverage to its millions of uninsured residents through the Affordable Care Act, California faces daunting challenges and provides useful lessons for the rest of the nation, according to a survey and analysis released Wednesday in Washington, D.C. 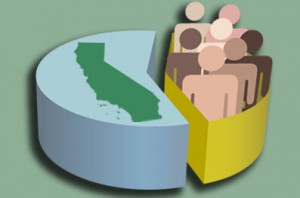 The Kaiser Family Foundation’s report, based on a survey of 2,500 adult Californians before enrollment began in October,  provides a preliminary look at the roadblocks that could hinder the implementation of the law. (Kaiser Health News is an editorially independent program of the foundation.)

Among the challenges to uninsured and low-income residents are their poor connection to regular providers in the health care system, high costs, a limited understanding of the benefits the law provides, and technological problems going beyond initial computer glitches. (The survey was paid for by the Blue Shield of California Foundation, which helps fund KHN’s California coverage.)

“The [federal] healthcare.gov startup problems I think gave everyone a sense that this was all just about making websites work and finding healthy people to balance the risk pool,” said Kaiser Family Foundation President and CEO Drew Altman.“This really is not just Travelocity or Kayak or Amazon.com, it’s a vastly more complicated, hands-on, community-based outreach challenge.”

Among the report’s key findings:

Some of these adults attempted to get insurance in the past but failed because of high cost or eligibility restrictions. According to the survey, only about a quarter of uninsured California adults say they have a regular doctor.

“These people are being asked to purchase or enroll in a new product to them,” said Rachel Garfield, the associate director of Kaiser Commission on Medicaid and the Uninsured at the Kaiser Family Foundation. “There’s going to be a great need for education about what has changed under the law.”

Linking this population to the right providers and teaching them to use their new insurance policies may require targeted outreach — communicating with people through hospitals, social service programs, and community clinics.

“Insurance, which is incredibly valuable, is not health care. Insurance may or may not enable you to gain health care,” said Mitch Katz, the director of the Los Angeles County Department of Health Services. “And just because you get health care doesn’t mean you feel cared for.”

Health officials need to take into account the various stresses in people’s lives, including housing costs, mental health issues, food security — issues that traditionally have been considered outside the realm of health care delivery, Katz said.

With the implementation of Obamacare, up to 7 million uninsured Californians will be shopping for Medi-Cal or private insurance. While the federal and state exchanges, like Covered California, were supposed to bring an Amazon.com-like experience to health care, that hasn’t quite panned out. Making it easier for consumers to choose plans that best fit their needs is an important next step in making the health law work, advocates have said.

While this will help, many will still earn too much to qualify for these benefits and health care will continue to be unaffordable.

“Health insurance is not cheap. It’s not easy,” said Anthony Wright, the executive director of Health Access CA, an advocacy group that calls for high-quality, affordable health care for Californians. “But it’s cheaper and easier [under Obamacare]. We are mindful of that.”

More recent data indicates that nearly half of all uninsured adults aren’t aware the health law offers financial assistance to low- and moderate-income people to help pay for insurance.

“When we look at national polls that tried to gauge knowledge, we actually don’t see much movement on these measures,”said the KFF’s Garfield.

Plus, the way the system is set up encourages digital payments, but for some consumers, that poses anotherchallenge because they lack bank accounts. Roughly 40 percent of Medi-Cal-eligible consumers are “unbanked,”according to the survey.