The case against Dr. Alwin Lewis started with a patient’s complaint about his unorthodox diet plan. But it landed at the California Supreme Court with a much broader issue at stake: Whether regulators should have unrestricted access to a state database detailing doctors’ prescribing practices.

Investigators with the Medical Board of California ran Lewis’ name through the database after a patient complained he pushed her to get on his “five-bite” diet program – no breakfast, then just five bites of any food for lunch and dinner. The diet complaint itself got little traction, but investigators did spot possible problems in the database in how the Burbank physician was prescribing medications to other patients.

Partly as a result of that search, the board in 2013 found Lewis kept poor records and had briefly overprescribed medications to two patients, placing him on three years’ administrative probation.

That’s when Lewis turned to the courts, arguing the board had gone fishing for a case against him. In a twist, he asserted that regulators violated not his rights, but those of his patients under the state constitution’s privacy provisions.

Lewis’ lawyer, Ben Fenton of Los Angeles, said regulators should have to get a court order or a signed patient release to look through the database, just as they must do for a patient’s medical records. After losing at lower court levels, Fenton took the case to the state Supreme Court, which has agreed to hear it this year but not yet scheduled a date.

Though access by law enforcement officials to prescription databases has been challenged in various states — successfully in Oregon — the California case is believed to be among the first in the country to challenge medical boards’ unrestricted access. 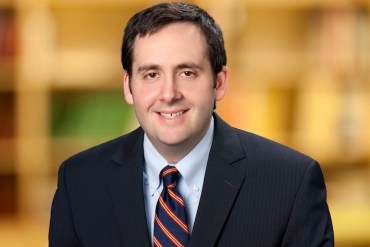 Attorney Ben Fenton of Los Angeles says regulators should get a court order or a signed patient release to look through the databases (Courtesy of Ben Fenton).

The California database, maintained by the state Department of Justice, contains details, such as physicians’ and patients’ names, and is based on weekly reports from pharmacies about prescriptions they have filled for certain high-risk drugs, including powerful painkillers. By law, the justice department must provide reports to certain civil and criminal investigators, including for the medical board, and no court order or warrant is required.

Like California, nearly every state now has prescription drug-monitoring programs, often known by their acronym PDMP. PDMPs were set up to detect “doctor shopping” by addicts and dealers who seek pain prescriptions from multiple physicians. But those databases also give licensing boards and law enforcement a way to spot and rein in reckless prescribing by doctors.

In other states, the American Civil Liberties Union and others have argued that law enforcement ought to meet a  “probable cause” standard before getting such records. But Nate Wessler, an ACLU attorney who has brought such cases, agreed with Fenton that medical licensing officials should also have to meet some legal standard before getting such records.

“At the end of the day, it’s patients’ records that are being searched,” Wessler said.

As it stands, states tend to put up few barriers to medical licensing boards seeking  information as part of their duties. Experts at the PDMP Center for Excellence at Brandeis University outside Boston knew of only one state — Iowa — that requires medical boards get a court order before looking at the databases.

Thomas Clark, a researcher at the center, said he worries a decision in Lewis’ favor could encourage states to erect new hurdles to  licensing boards, which can use the databases to monitor how medical providers are prescribing some of the most dangerous and addictive medications.

“That kind of monitoring is extremely important to make sure doctors aren’t overprescribing,” he said.

Lewis’ lawyer, Fenton, noted that the original complaint against his client had nothing to do with drug prescriptions, yet the board still ran Lewis through the voluminous database, which contains patient names and medications.

According to testimony cited in court papers, an  investigator with the medical board said officials routinely check the names of physicians under investigation in the database.

None of Lewis’ patients complained about the board’s actions.

The AMA weighed in in support of Lewis. While the organization supports keeping drug prescription databases, “allowing unfettered access by those outside of the health care system to use information in [the databases] violates essential legal and ethical standards of patient privacy,” Dr. Stephen Permut, chairman elect of the AMA’s board of trustees, said in a written statement.

The California board, supported by a series of lower court rulings, says getting a court order could stall the release of records, imperiling patient safety. And  it argues the comparison to private medical records is not apt.

The state appeals court agreed. Unlike medical records, prescriptions for controlled substances “are subject to regular scrutiny by law enforcement and regulatory agencies,” the court wrote when turning down Lewis’ appeal. As a result, the court said, patients have a “diminished expectation of privacy” about their information in the databases.

The court added: “If the privacy issue were litigated before accessing [the database], the prescribing physician under investigation could stall the release of these records, which would prevent the state from exercising its police power to protect the public health.”

Clark, of  Brandeis, said viewing prescribing data can provide the first sign of a problem with a particular physician or pharmacy. Regulators wouldn’t necessarily know there might be a problem — and know to bother seeking a court order — before they looked at the database, he said.

Requiring a court order first “puts the cart before the horse,” he said,  noting that he was offering  his personal opinion and not that of Brandeis’ PDMP center.

Although he calls the patient privacy argument “bogus,” he suggested there is likely middle ground. Perhaps the reports could shield certain identifying information from investigators before they get court orders, he suggested.

Too much is at stake to weaken the programs, he said, calling them valuable tools in finding wrongdoing among patients, doctors and pharmacies alike.

“Any one of them could be doing something potentially risky,” he said.