Homeless patients made about 100,000 visits to California hospitals in 2017, marking a 28% rise from two years earlier, according to the most recent state discharge data.

More than a third of those visits involved a diagnosis of mental illness, according to the Office of Statewide Health Planning and Development. By contrast, 6% of all hospital discharges in California during that time involved a mental health diagnosis.

Health officials and homeless advocates attribute the trend to the surging number of people living homeless in California in recent years. From 2015 to 2017, the state’s homeless population grew by about 16%, to 134,000, according to point-in-time reports compiled by the U.S. Department of Housing and Urban Development. Those figures cover only a single day, and homeless advocates argue far more Californians experience homelessness at some point over the course of a year. 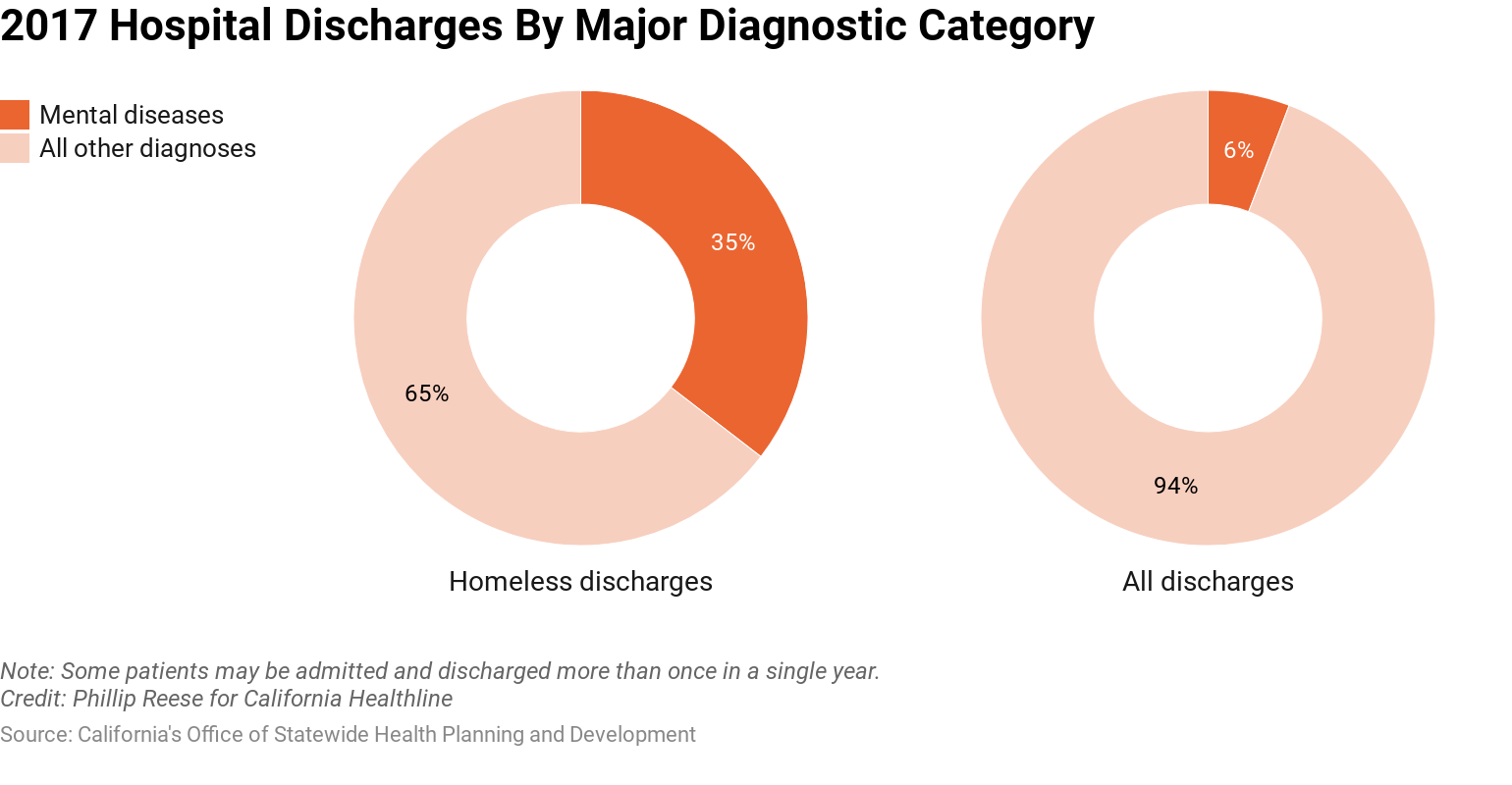 Many researchers say California’s skyrocketing housing costs have helped drive the overall spike in homelessness. Studies also indicate that more than a quarter of people living on the streets are dealing with mental illness.

“The folks who are living in the streets are sicker than the general public,” said Christie Gonzales, director of behavioral health operations for Wellspace Health.

Wellspace Health provides respite care to homeless patients in the Sacramento region after they are discharged from the hospital. “We tend to see more of them with injuries and trauma, co- occurring with alcohol and drug problems,” Gonzales said.

Los Angeles County saw the most discharges involving homeless patients in 2017, with 35,234, followed by San Diego, Sacramento, Orange and San Francisco counties. The number of homeless patients treated in L.A. County grew by about 7,500 from 2015 to 2017, the largest numerical increase in the state. (That is largely due to the county’s size; the percentage growth in L.A. County homeless discharges was similar to the state average.)

“There is no housing out here,” said Nicole Ring-Collins, who manages a winter shelter program for Mercy Coalition of West Sacramento in Yolo County. “It is so expensive.”

Providers who work with homeless people say it is no surprise they end up hospitalized at disproportionate rates. Living in deep poverty can lead to health problems. Many homeless people are driven to the streets by health issues, particularly mental illness and drug addiction. Most of their inpatient health care is paid for through Medi-Cal, the state-federal insurance program for the poor, or Medicare, the government insurance program for seniors and people with disabilities.

“When folks are forced to live outside with no shelter, the trauma they experience can result in more medical issues,” said Noel Kammermann, executive director of Loaves and Fishes, a homeless services agency in Sacramento.

Often, people living homeless do not see the doctor until they have a serious problem, Kammermann said. That lack of preventive care can lead to hospital stays. And living on the streets makes it all the more challenging to follow post-discharge instructions for rehabilitation and recovery.

“You heal better at home,” said Peggy Wheeler, a vice president at the California Hospital Association. Homeless patients struggle after discharge when they “have to go right back out to the street for a wound that needs to heal or medicine that needs to be taken on a regular schedule,” she added. 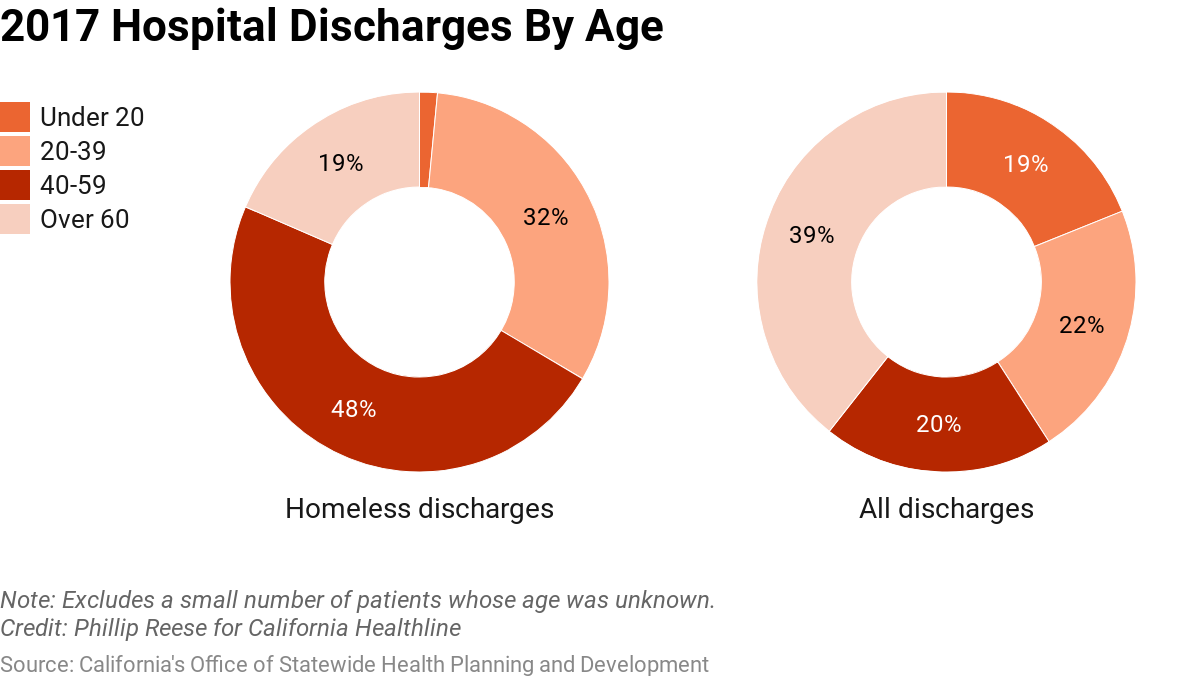 Hospitals across the state are working to provide respite care to the homeless after discharge, similar to the collaborative program at Wellspace in the Sacramento region, Wheeler said. Hospitals design such programs to lower readmission rates.

The homeless “are more vulnerable to other things because they don’t have a home to go to convalesce,” said Trina Gonzalez, director of community integration at UC Davis Health. “We want to make sure they are connected to the appropriate follow up care.”

Phillip Reese is a data reporting specialist and an assistant professor of journalism at California State University-Sacramento.