As the demand for health care workers surges with the coronavirus case count, many states are rushing to lift restrictions on nurse practitioners, who provide much of the same care as doctors do.

But California allows nurse practitioners to work only under the supervision of a doctor, and most limitations on their practice are likely to hold.

Although easing restrictions is a simple regulatory matter elsewhere, such proposals in California are dragged down by decades of contentious political fighting — and the state’s powerful doctors’ lobby argues that California already has enough providers.

These “are often some of the definitive health care battles that happen in Sacramento,” said Mike Madrid, a Republican political consultant who has been analyzing California politics for more than 25 years. “They’re evergreen fights, they never go away.”

Nurse practitioners are highly trained nurses with at least a master’s degree. By comparison, registered nurses have at least an associate’s degree.

There are more than 290,000 nurse practitioners in the country, and about 27,000 of them practice in California.

In 28 states plus the District of Columbia, nurse practitioners can practice much like a physician: They can provide primary care, write prescriptions and see patients. Some of those states require physician supervision when nurse practitioners are just starting out, but most allow them to operate without oversight right away.

But 22 states always require physician oversight, including California. Nurse practitioners in the Golden State must have a formal “collaboration” or supervision agreement with a physician who reviews their charts a few times each year.

In March, Alex Azar, secretary of the U.S. Department of Health and Human Services, encouraged governors to lift supervision requirements on some medical professionals to provide more flexibility for the health care system to respond to COVID-19.

Five states have suspended these requirements and an additional 12 have modified them to give providers with extra training more independence, according to the American Association of Nurse Practitioners.

Yet California has been cautious.

In a March 30 executive order, Gov. Gavin Newsom directed the state Department of Consumer Affairs, which controls professional licensing, the power to change or temporarily waive regulations to let the health care workforce respond to the crisis.

That opened the door for nurse practitioners to ask the department to kill the supervision requirements without actually lifting them.

“In some ways, it created a bit of a buffer between him and these decisions,” said Garrett Chan, president and CEO of HealthImpact, a group that studies the nursing workforce in California.

“It’s unclear how this is helping anybody,” Chan said.

Veronica Harms, the department’s deputy director of communications, said via email that the department didn’t eliminate the supervision requirements altogether because it wants to keep patients safe while responding to the needs of the health care system.

“The Department approved what was needed to meet the immediate demand for health care,” Harms wrote.

Nurse practitioners have tried for years to get the authority to practice independently in California, and have been repeatedly thwarted by the powerful California Medical Association, which represents more than 48,000 doctors.

The association has one of the strongest lobbies in Sacramento. It contributed almost $6 million to candidates, political action committees and other campaigns since mid-January 2019. It has fought for years against lifting the supervision requirements on nurse practitioners, defeating at least three such “scope of practice” bills in the legislature.

Most recently, the association opposed AB-890, which died in committee last year and was reintroduced in January. The bill, introduced by Assembly member Jim Wood (D-Santa Rosa), created two ways for nurse practitioners to operate without physician supervision. 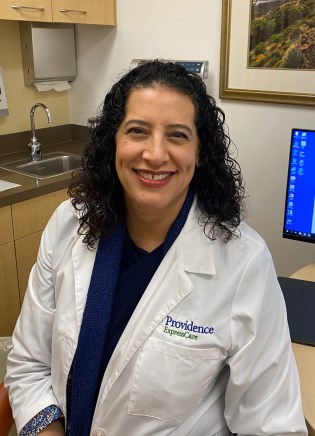 Sonia Luckey, a nurse practitioner, practices family medicine at a clinic in Newport Beach, California. She also has psychiatric training, but physician supervision requirements prevent her from fully caring for her patients’ mental health needs, she says.(Photo courtesy of Sonia Luckey)

The California Medical Association wrote in an opposition letter that the measure would lead to “diminishing the quality of care for and lowering the standards for licensed individuals practicing medicine in the state.”

“It’s politics,” said Susanne Phillips, the associate dean of clinical affairs at the University of California-Irvine School of Nursing. “We have a very, very strong medical lobby in the state of California. They do not want to see California go to full-practice authority.”

Now, the association is arguing that the state already has enough providers to address the pandemic because many doctors have been laying off staff and closing their offices.

“In a world where you have primary care physicians and literally thousands of other physicians out of work, I’m not sure what eliminating supervision of nurse practitioners gets you,” said Anthony York, spokesperson for the California Medical Association.

The association argues that California has slowed the virus’s spread enough to avoid the severe health care provider shortages seen in harder-hit places like New York, Spain and Italy. Many California emergency rooms are operating under capacity, not inundated, York added.

But nurse practitioners counter that emergency room statistics alone offer an incomplete view of the crisis.

If nurse practitioners had the ability to practice independently, said Phillips of UC-Irvine, they would have the flexibility to treat patients in different settings, which would relieve pressure on hospitals and prove healthier for patients. For instance, a nurse practitioner could treat a new mother and her baby at an outpatient facility instead of in the hospital, where both patients and providers could be exposed to the virus.

“California’s current statutory scheme does not allow NPs to provide care in settings and communities that are in desperate need,” wrote the California Association for Nurse Practitioners, along with more than a dozen other groups, in a letter to the Department of Consumer Affairs on April 1. “California NPs are more prepared than ever to help address this public health crisis and to provide critically-needed care across the state.”

Luckey, 54, is certified in both family medicine and psychiatric medicine and has been practicing for 26 years. The physician who oversees her is an internist, not a psychiatrist, so that limits how she can use her psychiatry training.

Though Luckey knows how to treat patients with severe mental illness, she has to refer them to someone else.

“That whole mental health side of me is unable to respond to this crisis because of the way the laws are structured,” she said. “I could be seeing a whole other cohort of patients right now.”

The stress of the pandemic is worsening some of her patients’ mental health issues, she said. Shortness of breath, one hallmark of COVID-19, is also the hallmark of a panic or anxiety attack. Luckey said her extra years of schooling trained her to distinguish between the two in ways other providers can’t.

“I was able to prevent a hospital visit and prevent that exposure,” she said. “Not everybody can do that.”

[Correction: This story was updated at 7:30 p.m. ET on April 21, 2020, to correct the amount and nature of campaign contributions made by the California Medical Association.]

California Shies Away From Calls To Eliminate Restrictions On Nurse Practitioners