Stilwell, an accountant in Placerville, California, tried to quit a second time, but she couldn’t tolerate the sickening withdrawal symptoms. She resisted going to the emergency room because “I thought they’d treat me like a drug addict and not a patient in pain,” she said.

Instead, she kept smoking heroin to keep the agony at bay. Then, in February, a county mental health worker told her about a new program that promised stigma-free treatment for her addiction.

She went to the ER at Marshall Medical Center in Placerville, where a doctor put her on buprenorphine, one of three drugs approved by the Food and Drug Administration for medication-assisted treatment (MAT) of people with opioid dependency.

Her ongoing treatment includes intensive counseling and social support, providing what is known in the recovery field as “whole person” therapy.

“It’s still early in my battle,” Stilwell said. “But my withdrawals are gone. Now I can concentrate on being a mother.”

Marshall is one of a growing number of health care institutions across California that offer medication-assisted treatment with funding and support from the state’s MAT Expansion Project, which started in 2018 and is financed by $265 million in federal grants.

Numerous studies have shown that relapse and overdose rates are lower among opioid users who get MAT than those who don’t. From 2016 to 2018, for example, the overdose death rate in Humboldt County — one of California’s highest ― dropped by about half, which officials attributed in large part to the MAT Expansion Project.

In February, California’s Department of Health Care Services, which administers the project, touted its success, reporting that it has provided care for 22,000 previously untreated Californians with opioid addictions and created 650 new locations where patients can receive MAT.

But the number of new people brought into treatment is only a small fraction of those who need it. In 2019, more than half a million Californians with an opioid use disorder lacked access to treatment, according to a study by the Urban Institute.

The state effort faces many of the same obstacles that have hindered wider acceptance of MAT for years: the stigma of addiction, federal regulations that depress the number of MAT providers, and hostility in some corners of the treatment community to the very notion of using drugs to combat drug addiction.

Moreover, the addiction treatment industry has become a magnet in recent years for unscrupulous operators who aggressively recruit clients, eyes fixed on the dollar signs rather than on evidence-based treatments such as MAT.

Hill said MAT patients entering the program through emergency rooms are now given prescriptions for up to a month, rather than a week. He said he is following up with clients by phone rather than in person, and he and others are trying to arrange video calls between doctors and patients for prescription renewals.

But patients who take anti-addiction drugs can have difficulty finding housing and recovery therapy, which are integral to their treatment. They are often shunned by groups adhering to traditional 12-step theories of sobriety that require participants to be free of drugs — including MAT drugs.

“MAT patients will say that the treatment was working. They were just starting to feel better, going to support groups, back at their jobs, but they had a hard time finding a place to live,” said Hill.

Many patients who stop taking their MAT drugs in order to get a roof over their heads have relapsed, Hill said.

Marlies Perez, a division chief at the state health care department, said the agency “is taking a strong stand against such stigma that prevents patients from their continued recovery.” Through its media campaign, Choose Change California, it seeks to alter perceptions within the recovery community and persuade more doctors and patients to embrace MAT.

Of the 320 acute care hospitals with emergency rooms statewide, 52 currently offer MAT. In those hospitals, staff members like Hill help patients get the care they need, including the psychological and social dimensions. Health care department officials say they plan to quadruple the number of participating hospitals to more than 200 over the next few years. 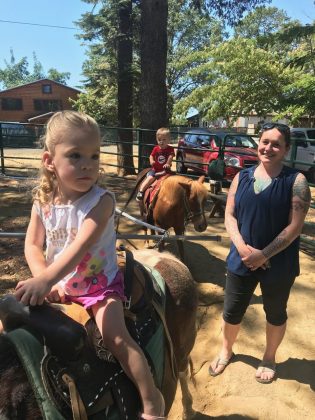 Opioid misuse is not nearly as deadly in California as in the rest of the U.S., even though the rise of fentanyl has begun to cause bigger problems in the Golden State.

Another obstacle to MAT expansion, one squarely in the sights of California health authorities, is that many doctors are hesitant to participate because they must undergo federally mandated training for a waiver that allows them to prescribe buprenorphine.

“Doctors can prescribe OxyContin with abandon but not buprenorphine, which has been shown to be helpful to opioid addicts,” said Dr. Aimee Moulin, a director at the California Bridge Program, which helps administer the state’s MAT program.

Buprenorphine is less powerful and less likely to cause fatal overdoses than methadone, another drug commonly used to fight opioid addiction. And doctors who get the waiver for buprenorphine can prescribe it in their offices, while methadone must be administered in federally certified treatment programs.

The state’s health care department said the expansion project has thus far trained 395 new MAT prescribers. But as of July 2019, just 3.2% of prescribers in the state were authorized to prescribe buprenorphine, according to the Urban Institute study.

Dr. Peter Liepmann, a Pasadena-based family physician with an interest in addiction medicine, said it can be difficult to find a buprenorphine prescriber. Not long ago, when he was thinking about opening a practice in Glendale, California, he consulted the Substance Abuse and Mental Health Services Administration’s (SAMHSA) listings of physicians who offer MAT.

“If you were looking for somebody to dispense buprenorphine and you called people on that list, you would have come up with one doctor who ran a cash-only, no-insurance practice, and he was very expensive,” Liepmann said.

The state’s Perez said some doctors may not fully understand the benefits of MAT because medical schools devote little time to addiction training. Another element of the MAT project, she said, is to fund a substance-use-disorder curriculum at training hospitals.

Perez counseled patience: “We didn’t get into this opioid dependency situation overnight, and we’re not going to find a total solution overnight either.”