Forty-five years after Roe v. Wade made abortions legal, a growing number of states — and the federal government — are restricting access to them.

Ever the contrarian state, California is trying to do the opposite.

A proposed state law would require student health centers at all 34 California State University and University of California campuses to make the abortion pill available for women who request it. Under the terms of the bill, which passed in the state Senate earlier this year and awaits action in the Assembly, health centers at those public institutions would have to stock the medication by 2022.

The abortion medication, once known as RU-486, is now comprised of a two-pill dosage. The medication provides a non-surgical option for women in the first 10 weeks of pregnancy.

If the bill succeeds, California would be the first state in the nation to provide abortion pills on public college campuses.

State Sen. Connie Leyva (D-Chino) said she’s sponsoring the measure because she believes students should have access to safe abortions, early on, in an environment in which they feel comfortable.

Under Leyva’s measure, private donations would fund the startup costs for provider training and ultrasound equipment. After that, the service would sustain itself by billing students’ insurance plans, she said. “We don’t want students paying for something that possibly they don’t believe in,” Leyva said.

Opponents say abortions have no place on college campuses, that health centers are not equipped to deal with potential complications and that abortion providers are easy to reach throughout most of California anyway. The median travel time from UC or Cal State campuses to an abortion provider is 34 minutes via public transportation, according to research by the University of California-San Francisco. Students at California State University-Stanislaus face the longest travel time – about an hour and a half, the study showed.

California Healthline interviewed UC and Cal State students across the state, and they expressed mixed views about the proposal. 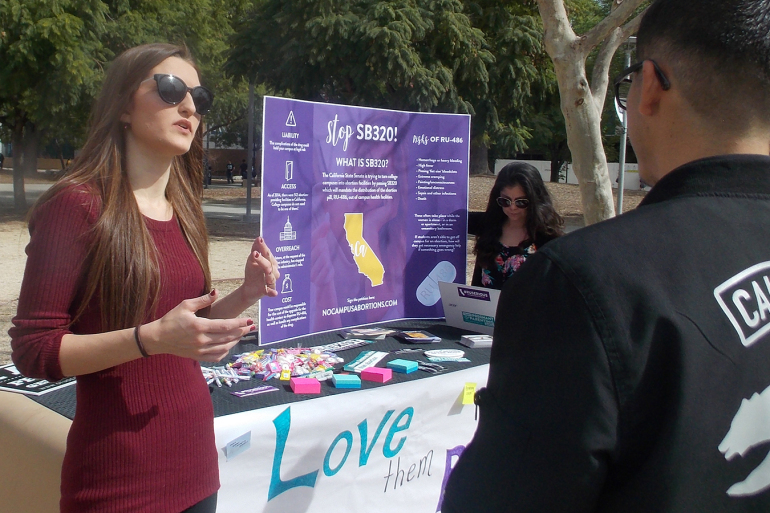 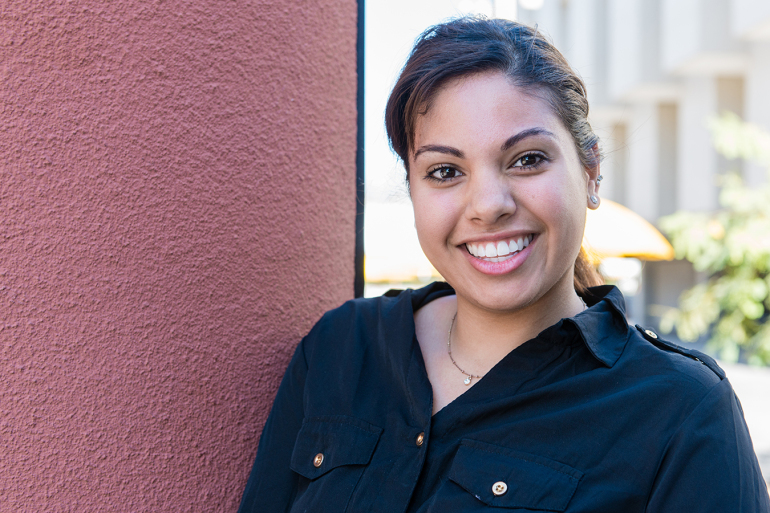 Brooke Paz, 21, heads a student group opposed to abortion at Cal State-Fullerton. She spent a recent afternoon at an information table trying to persuade students to oppose the bill.

“This bill is an injustice to women,” she said, in part because she believes having an abortion can have lifelong emotional effects on them. Paz also called the bill unnecessary, given there are Planned Parenthood and other health clinics located near many campuses. “I think the money could be used for better things, like to help pregnant and parenting students,” Paz said.

Lacie Armstrong, 22, a student at Cal State-Los Angeles, said she took a close friend to get an abortion last year at a Planned Parenthood that was crowded and chaotic. Having the abortion pill available on college campuses would be more convenient and less intimidating, she said. “You would have another option instead of having to find the nearest Planned Parenthood and find somebody to take you,” she said. “You could just walk to the campus health center.” 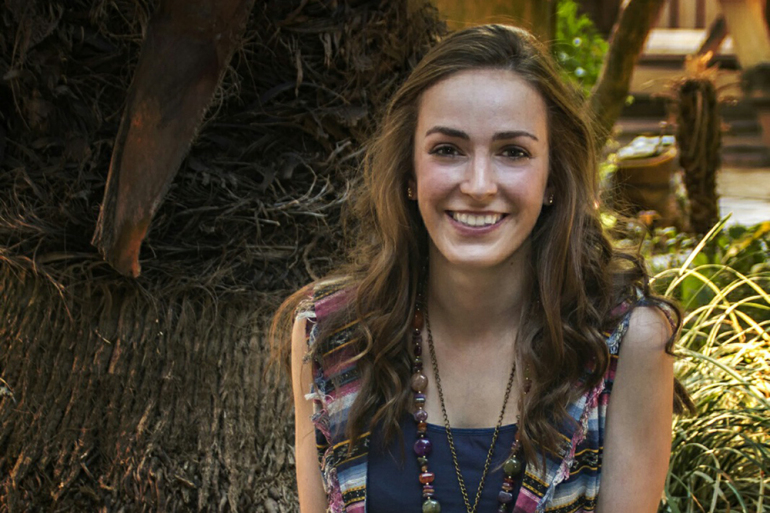 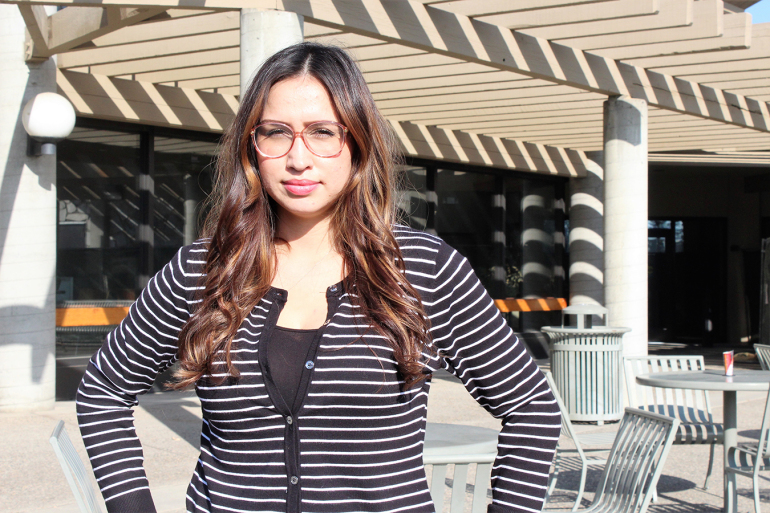 Offering the abortion pill at college health centers equates the medication to “something like an ibuprofen pill,” said Bernadette Tasy, 22, a Cal State-Fresno student who leads a chapter of Students for Life of America. “This is a more serious issue,” she said. “The bill undermines women by telling them that they need abortion in order to be successful in school.”

Justine Cross, 31, an accounting student at Cal State-Stanislaus, said she thinks a college campus is not an appropriate setting for abortions. “Schools should promote family counseling services and provide education about adoption,” said Cross, who has a 4-year-old son. “I think there are better options than abortion.” 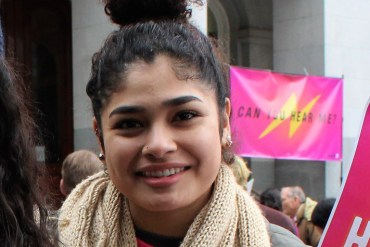 “My beliefs are pro-choice. I feel it’s always the woman’s right to decide what’s best for her,” said Dafne Garcia, 21, a student at University of California-Merced, who recently attended a Roe v. Wade rally at the Capitol, where she and friends voiced their support for the abortion pill bill. “Some girls are really nervous or too scared to go to Planned Parenthood. I think by having it on campus, they would feel more comfortable.”

Dei Gomez, 22, also supports abortion rights. “If women feel really strong about not having a baby, we shouldn’t take that right away. It’s their choice, and we can’t tell them what to do,” said the Cal State-Fullerton student. However, she said, she doesn’t think student health centers should offer the abortion pill. “There are special facilities, like Planned Parenthood or other clinics. The centers  don’t have the resources to deal with this,” she said.

This story was updated on March 14 to remove the photograph and comments of one woman who asked not to be included for privacy reasons.