Cancer patients shopping on federal and state insurance marketplaces often find it difficult to determine whether their drugs are covered and how much they will pay for them, the advocacy arm of the American Cancer Society says in a report that also calls on regulators to restrict how much insurers can charge patients for medications.

While the report found fairly broad coverage for prescription cancer medications, most insurance plans in the six states that were examined placed all or nearly all of the 22 medications studied into payment “tiers” that require the biggest out-of-pocket costs by patients, the American Cancer Society Cancer Action Network said. Those drugs include some well-known treatments, such as Gleevec for certain types of leukemia and Herceptin for breast cancer, and even some generics. 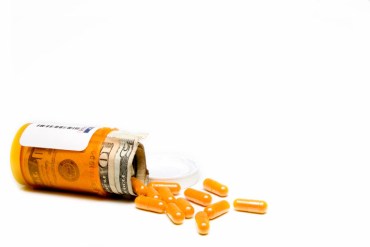 “That is new this year. We didn’t see generic drugs placed on the highest tier in 2014,” said Kirsten Sloan, the group’s senior policy director.

Often, that tier means patients pay a percentage of the cost of the drugs, rather than a flat dollar amount, which is more common for drugs placed into lower cost-sharing categories. With many cancer drugs costing more than $5,000 a month, paying a percentage, also known as “co-insurance,” means patients must pay hundreds or even thousands of dollars at the pharmacy counter until they reach their annual insurance deductible.

This appears “not to be designed to encourage use of cheaper or more effective alternatives, but to extract the maximum patient cost-sharing for cancer drugs,” the report said.

The study called on the U.S. Department of Health and Human Services and state regulators to restrict insurers from charging policyholders a percentage of the cost of the prescription drugs, a proposal sure to face sharp opposition from insurers, who say it is one way to control overall spending and slow premium increases.

Clare Krusing, spokeswoman for America’s Health Insurance Plans, said insurers pick up the majority of the cost of prescription medications in most cases, and the restrictions the advocates urge don’t address what she says is the real problem. “The bigger issue here is the prices being charged by drug makers for these medications and whether those are fair and reasonable,” Krusing said.

But drug makers have a very different perspective. They say insurance plans that lack transparency and shift more costs to consumers are the problem.

“What do drug prices have to do with patient access to information about coverage, formulary placement and cost sharing?” asked Allyson Funk, spokeswoman for Pharmaceutical Research and Manufacturers of America. “Insurers are increasingly singling out medicines for high cost sharing and restrictions on access compared to other more expensive health care services. On average, patients pay out of pocket nearly 20 percent of their total prescription drug costs compared to 5 percent of hospital care costs.”

Meanwhile, in its report, the cancer advocacy group also questioned whether insurance plan designs that place a lot of cancer drugs into the highest cost-sharing tiers are discriminatory. Similar concerns have been raised by HIV/AIDS groups following reports that many plans place all or most HIV drugs — including generics — into high cost-sharing tiers.

Earlier this year, Avalere Health, a consulting firm, reported that some insurance plans sold on state and federal marketplaces place all drugs used for complex diseases like HIV, cancer and multiple sclerosis, into those highest cost tiers.

The study out Wednesday by ACS/CAN reviewed the drug formularies for 66 silver-level plans available to consumers in California, Florida, Illinois, North Carolina, Texas and Washington. These plans cover about half of marketplace enrollees nationwide. The 22 drugs are just a sample of the total number of cancer drugs available, but include several different classes of cancer treatments, and both oral and intravenous treatments.

In other recommendations, the report said that federal and state marketplaces where consumers buy insurance should do a better job of providing direct links to drug formularies, which are the lists of medicines covered by a plan. Additionally, they need to ensure that information about patients’ share of the cost of the drugs is accurately listed.

“Advocacy groups are telling consumers to be vigilant about picking a plan, but consumers then find they don’t have all the tools they need,” Sloan said.