BALTIMORE — A few years ago it struck the D.C. region’s biggest medical insurer that the doctors who saw its members most often and knew them best got the smallest piece of the healthcare dollar.

CareFirst BlueCross BlueShield spent billions on hospital procedures, drugs and specialty physicians to treat sick patients. Only one dollar in 20 went to the family-care doctors and other primary caregivers trained to keep people healthy. 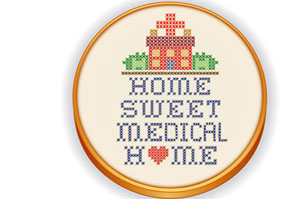 The company’s move to shift that balance tells a lesser-known story of the Affordable Care Act and efforts to change the health system.

While much attention has focused on expanded coverage and online insurance bazaars, policymakers’ bigger challenge is improving Americans’ health while putting a brake on the cost of their care. The keys to that puzzle, CareFirst and many others are deciding, are the internists and general practitioners who have largely been left behind by health care’s financial boom.

“As long as I can remember, family physicians and general internists have been financially at the low end of the totem pole,” said Michael Merson, a consultant and former hospital executive who was CareFirst’s board chairman until 2012. Raising their pay for the unglamorous work of preventing expensive illness and coordinating care, he said, “was really our starting point.”

Beginning in 2011 CareFirst increased reimbursement for what would soon be most of its primary care doctors in Maryland, the District and Virginia. It began paying even more if they reduced duplicative, unneeded or overly-expensive treatment while maintaining or improving quality.

Doctors who scored well have gotten raises of more than $40,000 on top of round-the-clock nursing assistance for their sickest and riskiest patients, according to physicians and the insurance company.

Policy experts are far from agreeing that medical homes cut costs in the long run. But even though industrywide spending has slowed, CareFirst credits its medical home for helping keep total patient expense growth at 3.5 percent last year, the lowest rate in memory.

The program is saving “hundreds of millions of dollars in accumulated, avoided costs,” says CareFirst CEO Chet Burrell. “If somebody had said to me three and a half years ago, ‘What would you have hoped for?,’ I would not have said anything close to what emerged.”

By paying primary care doctors to cut specialist and hospital revenue, CareFirst is helping to alter the medical spoils system.

“There will probably be hospital closings and hospital consolidation” in Maryland, thanks to efforts by payers to reduce unneeded procedures, said Susan Dentzer, a senior health policy adviser for the Robert Wood Johnson Foundation who has studied CareFirst’s program.

Specialty doctors are already skeptical of CareFirst’s practice, new this year, of grading them on costs and passing that information to referring primary physicians, said Gene Ransom, CEO of MedChi, Maryland’s medical society.

“A lot of the specialists don’t know this is going on,” Ransom said.

How does it all work?

In 2011 CareFirst began organizing most primary physicians accepting its insurance into panels of around nine or a dozen each. Every participating doctor got an immediate, 12 percent rate increase as well as money for creating care plans for their sickest patients.

For most patients nothing changed. But the highest-risk members are assigned nurses from a company called Healthways who are available by phone to monitor care and help navigate the system.

Panels that maintain quality and reduce costs are eligible for bonuses that added another 35 percent on average to their reimbursement rates last year. The best-performing physicians collected twice what they would have been paid under CareFirst’s normal fees, the company said.

The idea is to eliminate enough overspending that there is money left over to pass savings to CareFirst members in the form of lower premium increases, says Burrell.

Dr. George Lowe talks about a 45-year-old CareFirst patient with lower back pain who considered heading to the hospital emergency department one recent Saturday.

There the man probably would have been sent to radiology for X-rays or other scans and then been referred to a specialist, said Lowe, medical director at Maryland Family Care, a large practice north of Baltimore that participates in the CareFirst program.

Instead, the patient checked with a Healthways nurse who is independent but paid for by CareFirst.

She told him the primary-care practice was open on weekends. The doctor there diagnosed muscle spasms and advised heat applications and over-the-counter ibuprofen. The man felt good enough to cancel a follow-up appointment and return to work Monday.

Like CareFirst, insurers across the country believe that higher pay and cost-control incentives will prompt primary doctors to give more attention to diabetics, heart and lung patients, the obese and other chronically ill people who account for very large portions of the nation’s medical bill.

They’re testing that idea in dozens of experiments, many prompted by the health law.

Massachusetts, Pennsylvania and Arkansas are paying primary-care Medicaid doctors more to improve quality and reduce expense for low-income patients. The federal Medicare program for seniors has launched numerous experiments to share savings with primary doctors if they cut costs — including one in Maryland that promises to raise pay for CareFirst’s primary doctors there even more.

In some cases, in return for cost control, insurers are “prepared to pay double” what primary-care doctors have traditionally made, said John Deane, president of consulting at the Advisory Board Company, which works with physician practices.

New Mexico Health Connections, a nonprofit, co-op insurer created by the health law, studied incentives for family doctors at several medical home organizations before setting up its own program.

“The result in a fully working program can [produce] additional income of anywhere between $50,000 and $150,000” per doctor, said Dr. Martin Hickey, the insurer’s CEO. “That’s what I’m hearing from some of those organizations. They hold it proprietary but they say, ‘We’re the best-paid doctors in town in primary care.’”

Primary doctors are famously overworked, stressed and, according to many, underpaid for their expensive training. They often make less than $200,000 a year vs. around $400,000 for orthopedists and cardiologists.

The primary-care treadmill may be an underrated factor in soaring costs. Because they’re usually paid based on how many people they see rather than how many they keep healthy, primary docs have traditionally been too quick to refer complicated cases to specialists, some believe.

“I think it is the single major reason why healthcare costs are rising so fast,” said Dr. Stephen Schimpff, a former CEO of the University of Maryland Medical Center who has closely followed CareFirst’s medical home.

With CareFirst’s higher rates and nurse coordinators, doctors say, they can devote more time to fewer patients and keep their highest-risk patients healthier.

One longtime patient had uncontrolled diabetes until she began working with a Healthways nurse under a plan created by Schendel. After a few months of monitoring and advice about diet and medicine her blood sugar fell by more than a third, sharply reducing her chances of a hospital admission.

“I tell physicians, ‘You’re going to get paid extra to handle your sickest patients,’” Schendel said. But he adds: “The financial rewards that the physician gets in my opinion are secondary. The real reward is that patient who gets to work with that nurse and it doesn’t cost my practice a penny. And they get better care. There’s the reward.”