Outrage over the high cost of cancer care has focused on skyrocketing drug prices, including the $475,000 price tag for the country’s first gene therapy, Novartis’ Kymriah, a leukemia treatment approved in August.

But the total costs of Kymriah and the 21 similar drugs in development — known as CAR T-cell therapies — will be far higher than many have imagined, reaching $1 million or more per patient, according to leading cancer experts. The next CAR T-cell drug could be approved as soon as November.

These therapies lead to a cascade of costs, propelled by serious side effects that require sophisticated management, Saltz said. For this class of drugs, Saltz advised consumers to “think of the $475,000 as parts, not labor.”

CAR T-cell therapy is expensive because of the unique way that it works. Doctors harvest patients’ immune cells, genetically alter them to rev up their ability to fight cancer, then reinfuse them into patients.

Taking the brakes off the immune system, Kantarjian said, can lead to life-threatening complications that require lengthy hospitalizations and expensive medications, which are prescribed in addition to conventional cancer therapy, rather than in place of it. 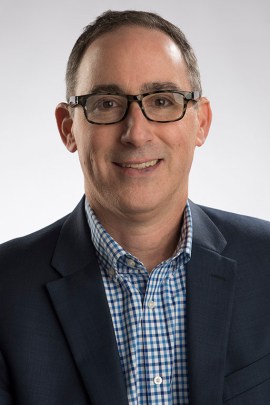 Dr. Keith Eaton, like nearly half of patients who receive CAR T-cell therapy, developed a life-threatening complication in which his immune system overreacted. He says he feels fortunate to be healthy today. (Courtesy of Dr. Keith Eaton)

Dr. Keith Eaton, a Seattle oncologist, said he ran up medical bills of $500,000 when he participated in a clinical trial of CAR T cells in 2013, even though all patients in the study received the medication for free. Eaton, who suffered from leukemia, spent nearly two months in the hospital.

Like Eaton, nearly half of patients who receive CAR T cells develop a severe or life-threatening complication called “cytokine storm,” in which the immune system overreacts, causing dangerously high fevers and sudden drops in blood pressure. These patients are typically treated in the intensive care unit. Other serious side effects include stroke-like symptoms and coma.

The cytokine storm felt like “the worst flu of your life,” said Eaton, now 51. His fever spiked so high that a hospital nurse assumed the thermometer was broken. Eaton replied, “It’s not broken. My temperature is too high to register on the thermometer.”

Although Eaton recovered, he wasn’t done with treatment. His doctors recommended a bone-marrow transplant, another harrowing procedure, at a cost of hundreds of thousands of dollars.

Eaton said he feels fortunate to be healthy today, with tests showing no evidence of leukemia. His insurer paid for almost everything.

Kymriah’s sticker price is especially “outrageous” given its relatively low manufacturing costs, said Dr. Walid Gellad, co-director of the Center for Pharmaceutical Policy and Prescribing at the University of Pittsburgh.

The gene therapy process used to create Kymriah costs about $15,000, according to a 2012 presentation by Dr. Carl June, who pioneered CAR T-cell research at the University of Pennsylvania. June could not be reached for comment.

To quell unrest about price, Novartis has offered patients and insurers a new twist on the money-back guarantee.

Novartis is “working through the specific details” of how the pricing plan will affect the Centers for Medicare & Medicaid Services, which pays for care for many cancer patients, company spokeswoman Julie Masow said. “There are many hurdles” to this type of pricing plan but, Masow said, “Novartis is committed to making this happen.”

Masow said that Kymriah’s manufacturing costs are much higher than $15,000, although she didn’t cite a specific dollar amount. She noted that Novartis has invested heavily in the technology, designing “an innovative manufacturing facility and process specifically for cellular therapies.”

As for Kymriah-related hospital and medication charges, “costs will vary from patient to patient and treatment center to treatment center, based on the level of care each patient requires,” Masow said. “Kymriah is a one-time treatment that has shown remarkable early, deep and durable responses in these children who are very sick and often out of options.”

Some doctors said Kymriah, which could be used by about 600 patients a year, offers an incalculable benefit for desperately ill young people. Kymriah is approved for children and young adults with a type of acute lymphoblastic leukemia and already have been treated with at least two other cancer therapies.

“A kid’s life is priceless,” said Dr. Michelle Hermiston, director of pediatric immunotherapy at UCSF Benioff Children’s Hospital San Francisco. “Any given kid has the potential to make financial impacts over a lifetime that far outweigh the cost of their cure. From this perspective, every child in my mind deserves the best curative therapy we can offer.”

Other cancer doctors say the Novartis plan is no bargain.

About 36 percent of patients who go into remission with Kymriah relapse within one year, said Dr. Vinay Prasad, an assistant professor of medicine at Oregon Health & Science University. Many of these patients will need additional treatment, said Prasad, who wrote an editorial about Kymriah’s price Oct. 4 in Nature.

Dr. Steve Miller, chief medical officer for Express Scripts, a pharmacy benefit manager, said it would be more fair to judge Kymriah’s success after six months of treatment, rather than one month. Prasad goes even further. He said Novartis should issue refunds for any patient whose leukemia relapses within three years.

A consumer advocate group called Patients for Affordable Drugs also has said that Kymriah costs too much, given that the federal government spent more than $200 million over two decades to support the basic research into CAR T-cell therapy, long before Novartis bought the rights.

Rep. Lloyd Doggett, D-Texas, wrote a letter to the Medicare program’s director last month asking for details on how the Novartis payment deal will work.

“As Big Pharma continues to put price gouging before patient access, companies will point more and more proudly at their pricing agreements,” Doggett wrote. “But taxpayers deserve to know more about how these agreements will work — whether they will actually save the government money, defray these massive costs, and ensure that they can access life-saving medications.”

KHN’s coverage of these topics is supported by John A. Hartford Foundation and Laura and John Arnold Foundation

KHN’s ‘What the Health?’: Much Ado About Drug Prices