Nowadays, the hub for developing healthy habits isn’t just the gym or home. For kids, at least, it’s increasingly their schools, according to a study released this week by the Centers for Disease Control and Prevention. School districts across the country are demonstrating a range of improvements in terms of nutrition, exercise and tobacco policies. 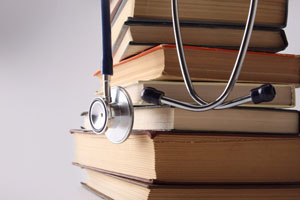 For instance, after years of efforts to phase out junk food like candy and chips, the percentage of school districts that prohibited such food in vending machines increased from 29.8 percent in 2006 to 43.4 percent in 2012, according to the CDC’s 2012 School Health Policies and Practices Study. Also, slightly more than half of school districts — up from about 35 percent in 2000 — made information available to families on the nutrition and caloric content of foods available to students.

“Schools play a critical role in the health and well-being of our youth,” said CDC Director Tom Frieden, in the news release. “Good news for students and parents — more students have access to healthy food, better physical fitness activities through initiatives such as ‘Let’s Move,’ and campuses that are completely tobacco free.”

Since 2000, the number of school districts that require elementary schools to teach physical education increased. In addition, the number of districts entering into agreements with local YMCAs, Boys & Girls Clubs or local parks and recreation departments went up, according to the study.

Meanwhile, the percentage of districts with policies that prohibited all tobacco use during any school-related activity increased from 46.7 percent in 2000 to 67.5 percent in 2012.

CDC Study: Schools Are Getting Healthier