Marguerite Moniot felt frustrated and flummoxed, despite the many hours she spent in front of the computer this year reading consumer reviews of health insurance plans offered on the individual market in Virginia. Moniot was preparing to buy a policy of her own, knowing she would age out of her parent’s plan when she turned 26 in October. 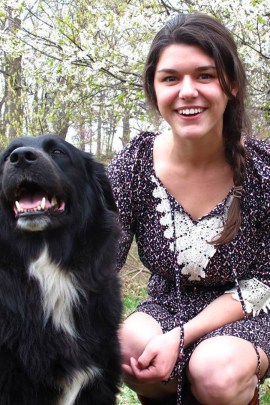 Marguerite Moniot recently purchased health insurance on the open market with the help of a health navigator. She and her parents began searching for a policy several months ago, but the details of each plan became too complicated for the family. (Courtesy of Marguerite Moniot)

She asked her parents for help and advice. But they, too, ran into trouble trying to decipher which policy would work best for their daughter. The family had relied on her father’s employer-sponsored plan through his work as an architect for years, so no one had spent much time sifting through policies.

“Honestly, my parents were just as confused as I was,” said Moniot, a restaurant server in Roanoke.

In defeat, just before Thanksgiving, she went with her mother to meet a certified health insurance navigator, buying a policy that allowed her to keep her current doctors.

A new crop of young people like Moniot are falling off their parents’ insurance plans when they turn 26 — the age when the Affordable Care Act stipulates that children must leave family policies.

They were then expected to be able to shop relatively easily for their own insurance on Obamacare marketplaces. But with Trump administration revisions to the law and congressional bills injecting uncertainty into state insurance markets, that task of buying insurance for the first time this year is anything but simple.

The shortened sign-up period, which started Nov. 1, runs through Dec. 15. That window is half as long as last year’s, hampering those who wait until the last minute to obtain insurance.

Reminders and help are scarcer than before: The federal government cut marketing and outreach funds by $90 million, and federal funding to groups providing in-person assistance was whacked by 40 percent.

Emily Curran, a research fellow at Georgetown University’s Health Policy Institute, said those actions combined with the Trump administration’s vigorous criticism of the health law could further handicap the uphill battle to entice young people to enroll. As of Dec. 2, more than 3.6 million people had enrolled through the federal marketplace, according to the Centers for Medicare & Medicaid Services. The data were not sorted by age.

“There’s already a barrier where young adults are having difficulty understanding what the value of insurance is,” she said. “Coming out … and saying prices are going up, choice is going down and this law is a mess doesn’t really get at the young adult population.”

Before the Affordable Care Act, young adults had the highest uninsured rate of any age group.

The ACA made coverage more affordable and accessible. It allowed states to expand Medicaid to cover single, childless adults. Tax credits to help pay for premiums made plans on the individual market more affordable for people whose incomes fell between 100 and 400 percent of the federal poverty level (between $12,060 and $48,240 for an individual). And young adults were allowed to stay on their parents’ plan until their 26th birthday. 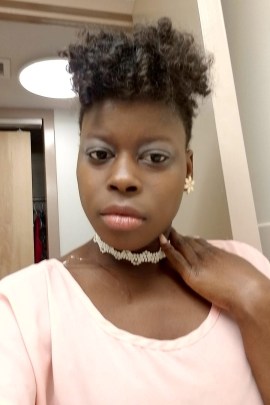 Dominique Ridley signed up for health insurance with the help of a broker. The college student lives with asthma and needs to carry her inhaler at all times. (Courtesy of Dominique Ridley)

In all, the uninsured rate dropped to roughly 15 percent among 19- to 34-year-olds in 2016. Still, young adults have not joined the individual market in the numbers as expected. About a quarter of marketplace customers in 2016 were ages 18-34, according to the Department of Health and Human Services. But that age group makes up about 40 percent of the exchanges’ potential market, according to researchers and federal officials.

If the Trump administration’s moves dampen enrollment, insurers could face additional challenges in attracting healthy adults to balance those with illnesses, who drive up costs.

But illness does not recognize age. Dominique Ridley, who turned 26 on Dec. 6, knows this all too well.

Ridley has asthma. She always carries an inhaler and sees a doctor when she feels her chest tighten. The student at Radford University in Virginia relies on her mother’s employer-sponsored plan for coverage.

Ridley started peppering her parents with questions about health insurance as soon as she started seeing ads for this year’s open enrollment.

“I don’t want to just go out there and apply for health insurance, and it be all kinds of wrong and I can’t afford it,” she said.

Her parents didn’t have the answers, but her mother linked up Ridley with a friend that runs a marketing company tailored to promoting the Affordable Care Act. Ridley then connected with a broker who signed her up for a silver plan that will cost her less than $4 per month, after receiving a premium subsidy of more than $500 a month.

The Obama administration relied in part on partnerships to attract young enrollees to sign up. Last year, it collaborated with national organizations like Planned Parenthood Federation of America and Young Invincibles on a social media campaign called #HealthyAdulting. Emails, according to Joshua Peck, former chief marketing officer for healthcare.gov, were particularly effective for recruitment.

The Centers for Medicare & Medicaid Services, which oversees the marketplaces, said it will focus this year’s resources on “digital media, email and text messages.” 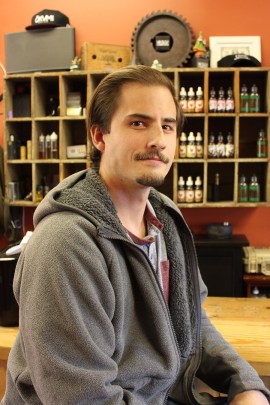 James Rowley sits in front of the counter at Vapology 101, an e-cigarette store in Herndon, Va. Rowley started his own business in 2015 called Virginia Vaping Co., which makes and sells e-cigarette flavorings to stores. (Carmen Heredia Rodriguez/KHN)

Hemlin said the government has not asked Young Invincibles to assist in marketing. Her group will use its own resources to pay for targeted ads on social media to reach the target demographic, she said.

“But obviously we can’t make up for $90 million in advertising” that’s been cut, said Hemlin.

One factor that might compensate is that 20-somethings are facile at shopping online, said Jill Hanken, director of Enroll! Virginia, a statewide navigator program.

“Our job is to make sure they understand to look at provider networks and drug formularies if they have health concerns. But they’re able to do the mechanics of enrollment on their own very often.”

James Rowley, a 26-year-old entrepreneur from Fairfax, Va., is among those who signed up without help. He started his own company two years ago while covered under his father’s health plan. When he turned 26, he signed up for health insurance on his own through a special enrollment period this year. After general enrollment opened this fall, he once again picked a plan.

“I might not 100 percent need it now, but there will come a time where health insurance is important,” said Rowley.