“We have seen amazing changes and created a more home-like environment for our residents,” said Shelley Rauch, executive director of the home.

The nursing home can afford these multimillion-dollar improvements partly because it has, for the past five years, been collecting significantly higher reimbursement rates from Medicaid, the state-federal health insurance program for the poor. About half of its residents are covered by the program.

In 2012, the nursing facility was leased to Hancock Regional Hospital, a county-owned hospital 15 miles away. The lease lets it take advantage of a wrinkle in Medicaid’s complex funding formula that gives Indiana nursing homes owned or leased by city or county governments a funding boost. For Indiana, that translates to 30 percent more federal dollars per Medicaid resident. But that money is sent to the hospitals, which negotiate with the nursing homes on how to divide the funding.

Nearly 90 percent of the state’s 554 nursing homes have been leased or sold to county hospitals, state records show, bringing in hundreds of millions in extra federal payments to the state.

Even though Indiana’s nursing home population has remained steady at about 39,000 people over the past five years, Medicaid spending for the homes has increased by $900 million, in large part because of the extra federal dollars, according to state data. Total spending on Indiana nursing homes was $2.2 billion in 2016.

The funding enhancements were pioneered in Indiana, but hospitals in several other states, including Pennsylvania and Michigan, have also used the process. Advocates say it has been a key factor in helping to keep Indiana’s city and county hospitals economically vital at a time when many rural hospitals nationwide are facing serious financial difficulties. 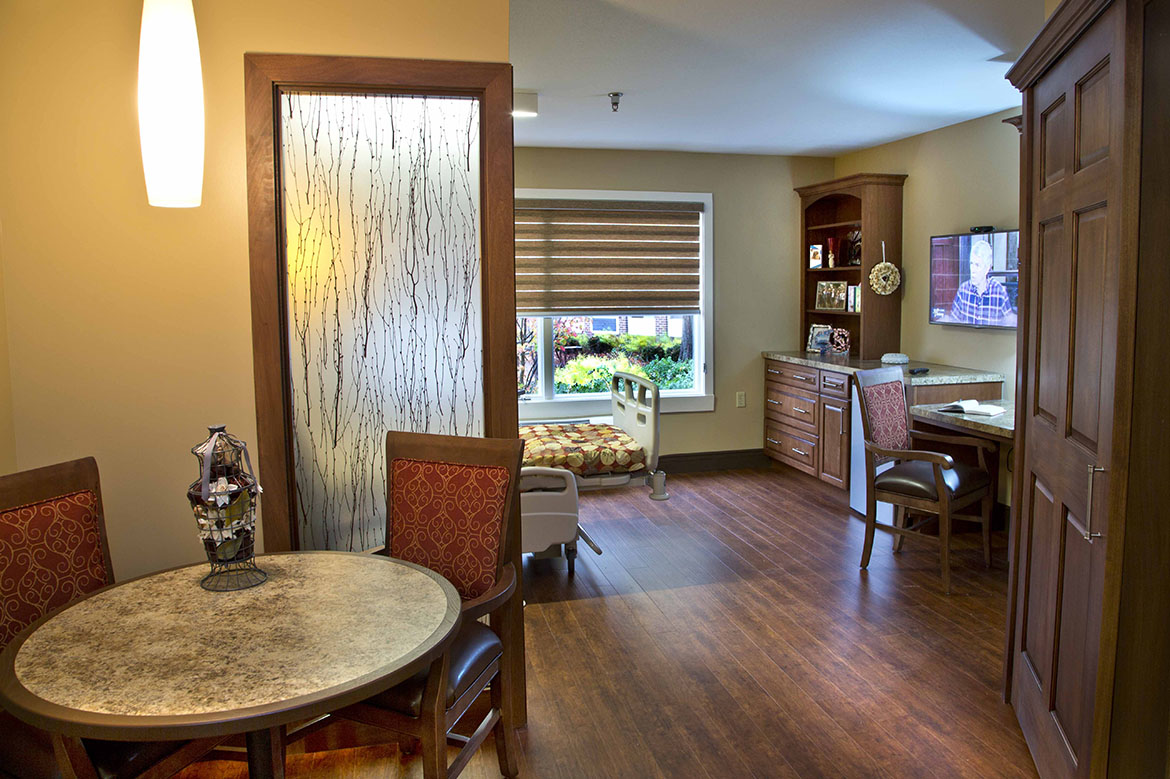 But critics argue that the money flow has not significantly improved nursing home quality and has slowed adoption of community and home health services.

More than two-thirds of Indiana’s Medicaid long-term-care dollars go to nursing homes, compared with the U.S. average of 47 percent.

Joe Moser, who until May was Indiana’s Medicaid director, said while in office that the hospital-nursing home marriages were partly responsible for keeping more people in nursing homes. “It is a factor that has contributed to our imbalance,” he said.

Daniel Hatcher, a law professor at the University of Baltimore and author of last year’s “The Poverty Industry,” said this funding arrangement is a bad deal for the poor and undercuts the purpose of the Medicaid program. “The state is using an illusory practice and taking away money from low-income elderly individuals who are living in poor performing nursing homes,” he said. He noted Indiana is ranked near the bottom of states for nursing home quality by several government and private reports.

But proponents of the practice say that even when hospitals get most of the money, it is well spent.

Marion County Hospital and Health Corp., the large safety-net hospital system in Indianapolis, owns or leases 78 nursing homes across the state, more than any other county hospital.

Sheila Guenin, vice president of long-term care there, said the hospital keeps 75 percent of the additional Medicaid dollars and the nursing homes get the rest. Still, the additional money has improved care. The transfer of the license to the hospital has kept several nursing homes from closing and increased staffing rates at many others, she said.

About 40 percent of the county hospital’s nursing homes have five-star ratings from the federal government, up substantially from 10 years ago, she said. Among the improvements at the nursing homes were the addition of electronic health records as well as high-capacity emergency generators to provide power in case of a natural disaster.

Still, some patient advocates said the extra funding is flowing to hospitals and nursing homes with little public accounting. Ron Flickinger, a regional long-term-care ombudsman in Indiana, said, “A lot of extra money is being spent here, but I’m not sure patients have seen it benefit them.” 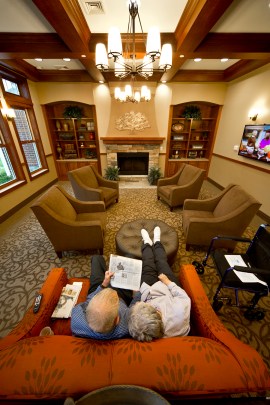 The enhanced nursing home payments began in 2003 when a financially strapped Indianapolis hospital owned by the county took advantage of the Medicaid funding provision to bolster its bottom line. In this case, the hospital purchased a nursing home, then provided the money for the state to increase what it spent on the home to the federally allowed maximum.

That increase, in turn, drew down more federal matching funds. Since the federal remittance is larger than the hospital contribution, the hospital got back its initial investment and divided the extra money with the nursing home.

Hatcher said Indiana government leaders embraced the funding arrangement because it let them avoid the politically difficult step of raising taxes to increase state funding to improve care at nursing homes. “It’s a revenue generator for the state and counties,” he said.

All the Medicaid funding for nursing homes should be going to those homes to care for the poor, not shared with hospitals to use as they choose, he added.

The strategy, promoted by consultants advising hospitals and nursing homes in Indiana, is used heavily there because of the plethora of county-owned hospitals. But the federal government is tightening the rules about such payments.

Texas has secured Medicaid approval for a similar strategy starting this month, but federal officials have made the extra funding dependent on nursing homes meeting quality measures, such as reducing falls. Oklahoma is seeking to get federal approval as well.

And in a rule released last year, the federal Centers for Medicare & Medicaid Services announced that it would gradually force states to shift to payment systems that tie such reimbursements to quality of care. Michael Grubbs, an Indiana health consultant, said that rule does not stop the Indiana hospital funding program, but it’s unclear that it will last.

Nursing home operators in Indiana say the financing arrangement has helped them keep up with rising costs and improve care for residents.

Zach Cattell, president of the Indiana Health Care Association, a nursing home trade group, noted the number of nursing homes in the state earning Medicare’s top, five-star rating has increased 9 percentage points since 2011. He said the percentage of high-risk residents with pressure ulcers and those physically restrained also dropped significantly.

An Opportunity Or A Loophole?

In Indiana, the small, county-run rural hospitals generally are not facing the financial threat that has become common elsewhere, in part because of the extra Medicaid funding gained from buying nursing homes, hospital officials say.

“The money has meant a great deal to us,” said Gregg Malot, director of business development at Pulaski Memorial Hospital in northern Indiana. “I don’t see this as a loophole but see it as an opportunity for small rural community hospitals to improve our quality and access to care.”

His hospital is the only one in Pulaski County. The extra Medicaid revenue from acquiring 10 nursing homes statewide — about $2 million a year — has helped finance the hospital’s obstetrics care and the purchase of the hospital’s first MRI, so doctors don’t have to rely on a mobile unit that used to come twice a week, he said. The hospital also spent some of the funding to add a centralized telemetry unit to monitor patients.

Steve Long, CEO of Hancock Regional Hospital in Greenfield, Ind., said his hospital recently built two fitness centers in the county with help from its extra Medicaid dollars. “This would not be possible without the additional funding.”

He rejects the notion that additional Medicaid money reduces the hospital’s incentive to add home- and community-based care in the community. He said new Medicare financing arrangements, such as accountable care organizations, give the hospital motivation to find the most efficient ways to care for patients after they leave the hospital.

But he acknowledged the hospital benefits from seeing more patients go to nursing homes licensed under its name.

“Welcome to health care — it’s a complex and confusing environment where we have all different competing incentives,” Long said.