The price of cancer drugs has doubled in the past decade, with the average brand-name cancer drug in the U.S. costing $10,000 for a month’s supply, up from $5,000 in 2003, according to a new report by IMS Institute for Healthcare Informatics, a health information, services and technology company. 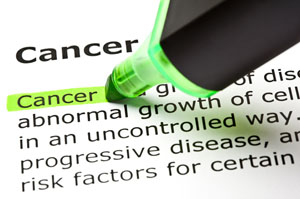 And those are just average prices; some drugs may cost as much as $30,000 a month.

In Europe, where governments negotiate for national discounts, the list prices of cancer drugs are at least 20 to 40 percent lower than in the U.S., the report found.

Americans are also paying higher prices because more patients are being treated by oncologists whose practices have been bought by hospitals, which may charge double or more for the same treatments, the report said.

The report’s authors calculated prices for 10 common chemotherapy treatments and found hospitals charged 189 percent more on average — or nearly triple — what the same infusions would cost in an independent doctor’s office. The higher charges, which hospitals say are needed to support overhead and administrative costs, often translate into steeper out-of-pocket costs for insured patients, depending on how their benefits are set up.

The report calculated that for commonly used cancer drugs, the average increased cost to the patient is $134 per dose if received in a hospital outpatient setting rather than in an oncologist’s office. And since patients frequently receive multiple therapies at once, the results may result in “significant increases in member financial burden,” it said.

Patients who face higher out-of-pocket costs are more likely to drop out of treatment, the report noted, citing a study showing that a bump of as little as $30 in copays caused some breast cancer patients to skip or drop care.

Steve Weiss of the American Cancer Society’s Cancer Action Network said advocates are concerned that the trends identified in the report could limit access to life-saving care by driving up patients’ costs. While the Affordable Care Act takes important steps to make care more accessible to patients, “health care costs remain a concern as they have been for decades,” he said. “As we’ve seen repeatedly over the years, there are no easy answers.”

The higher charges come even as a federal program expanded under the health law enables many hospitals to purchase cancer drugs for as much as half the wholesale price, the report said. Yet hospitals can use those less-costly drugs in the oncology practices they bought and charge steeper fees, according to the IMS Health report.

A spokesperson for the American Hospital Association said hospitals can qualify for the discount program only if they serve a disproportionate share of low-income and uninsured patients or provide essential services to rural communities.

“Hospitals today face many challenges to maintain the services their communities have come to expect. This vital role 340B hospitals play in their communities cannot be boiled down into a few data points derived from publicly reported information,” according to a statement from the trade group.

A spokesperson from the Health Resources and Services Administration (HRSA) said that hospitals and other health centers may purchase drugs at discounts of up to 50 percent if they meet the criteria for the program, but the agency cannot dictate how they use the savings.

Overall, global spending worldwide on cancer drugs reached $91 billion last year, with the United States accounting for $37.2 billion, or 41 percent of that, the report said.