Shereese Hickson’s multiple sclerosis was flaring again. Spasms in her legs and other symptoms were getting worse.

She could still walk and take care of her son six years after doctors diagnosed the disease, which attacks the central nervous system. Earlier symptoms such as slurred speech and vision problems had resolved with treatment, but others lingered: she was tired and sometimes still fell.

This summer, a doctor switched her to Ocrevus, a drug approved in 2017 that delayed progression of the disease in clinical trials better than an older medicine did. 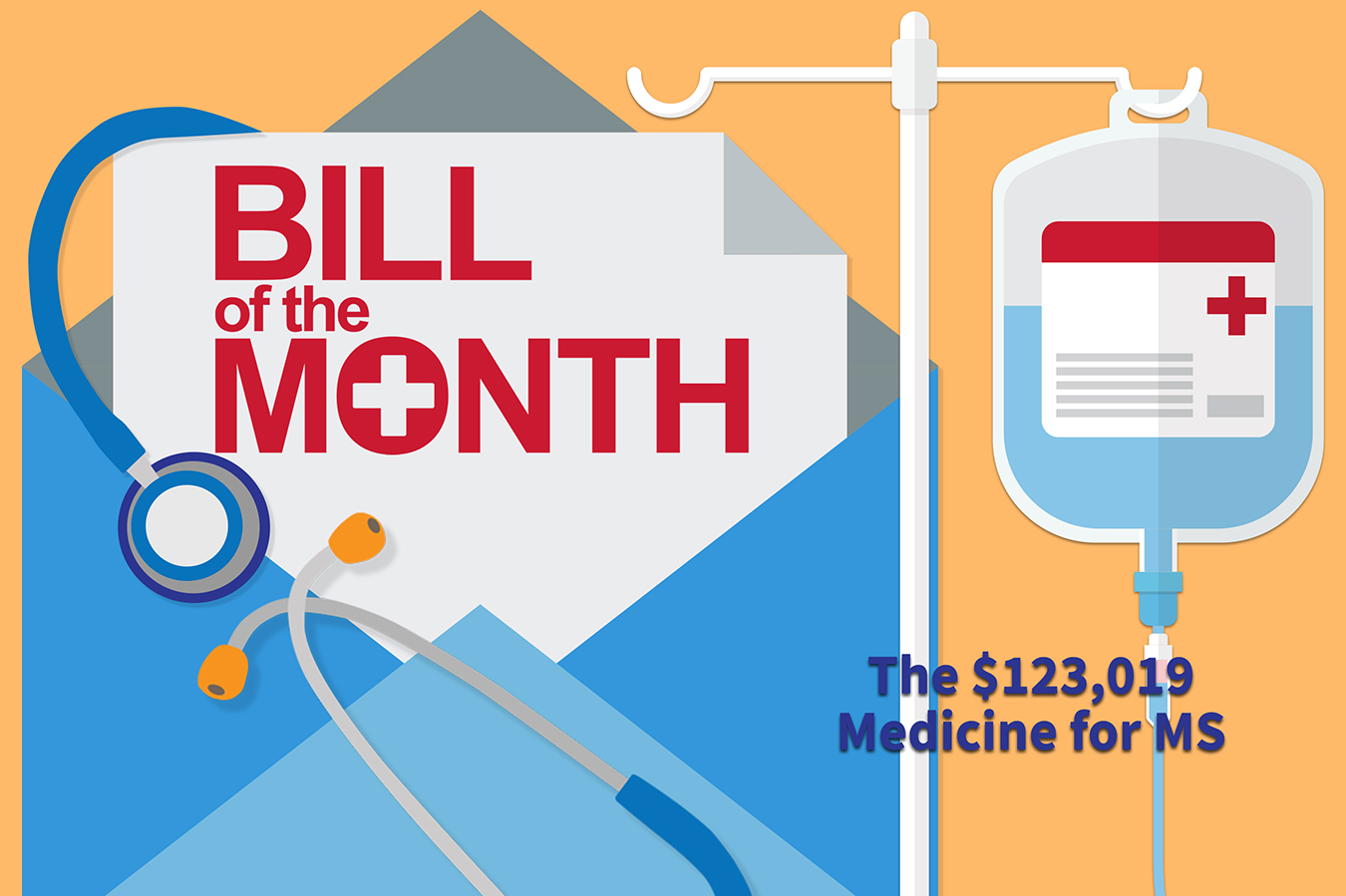 Genentech, a South San Francisco-based subsidiary of Swiss pharma giant Roche, makes Ocrevus. It is one of several drugs for multiple sclerosis delivered intravenously in a hospital or clinic. Such medicines have become increasingly expensive as a group, priced in many cases at well over $80,000 a year. Hospitals delivering the drugs often take a cut by upcharging the drug or adding hefty fees for the infusion clinic.

Hickson received her first two Ocrevus infusions as an outpatient two weeks apart in July and August. And then the bill came.

Patient: Shereese Hickson, 39, single mother who worked as a health aide and trained as a medical coder, living in Girard, Ohio. Because her MS has left her too disabled to work, she is now on Medicare; she also has Medicaid for backup.

Total Bill: $123,019 for two Ocrevus infusions taken as an outpatient. CareSource, Hickson’s Medicare managed-care plan, paid a discounted $28,960. Hickson got a bill for about $3,620, the balance calculated as her share by the hospital after the insurance reimbursement.

What Gives: Hickson researched Ocrevus online after her doctor prescribed the new medicine. “I’ve seen people’s testimonies about how great it is,” on YouTube, she said. “But I don’t think they really go into what it’s like receiving the bill.”

That was particularly shocking because, covered by government insurance for her disability, she’d never received a bill for MS medicine before.

Even in a world of soaring drug prices, multiple sclerosis medicines stand out. Over two decades ending in 2013, costs for MS medicines rose at annual rates five to seven times higher than those for prescription drugs generally, found a study by researchers at Oregon Health & Science University.

“There was no competition on price that was occurring,” said Daniel Hartung, the OHSU and Oregon State University professor who led the study. “It appeared to be the opposite. As newer drugs were brought to market, it promoted increased escalation in drug prices.”

With Ocrevus, Genentech did come up with a price that was slightly less than for rival drugs, but only after MS medicines were already extremely expensive. The drug launched last year at an annual list price of $65,000, about 25 percent lower than that of other MS drugs, Hartung said. MS drugs cost about $10,000 per year in the 1990s and about $30,000 a decade ago.

“We set the price of Ocrevus to reduce price as a barrier to treatment,” said Genentech spokeswoman Amanda Fallon.

It was also probably a response to bad publicity about expensive MS drugs, Hartung said. “Now companies are very aware at least of the optics of releasing drugs at higher and higher prices,” he said.

As is typical of government programs such as Medicare, the $28,960 reimbursement ultimately collected by the Cleveland Clinic was far less — but still substantial.

“We kind of got ourselves in a pickle here,” he said. “We’re more excited about the discount than we are about the actual price.”

Hickson’s nearly $3,620 bill represented the portion that Medicare patients often are expected to pay themselves. 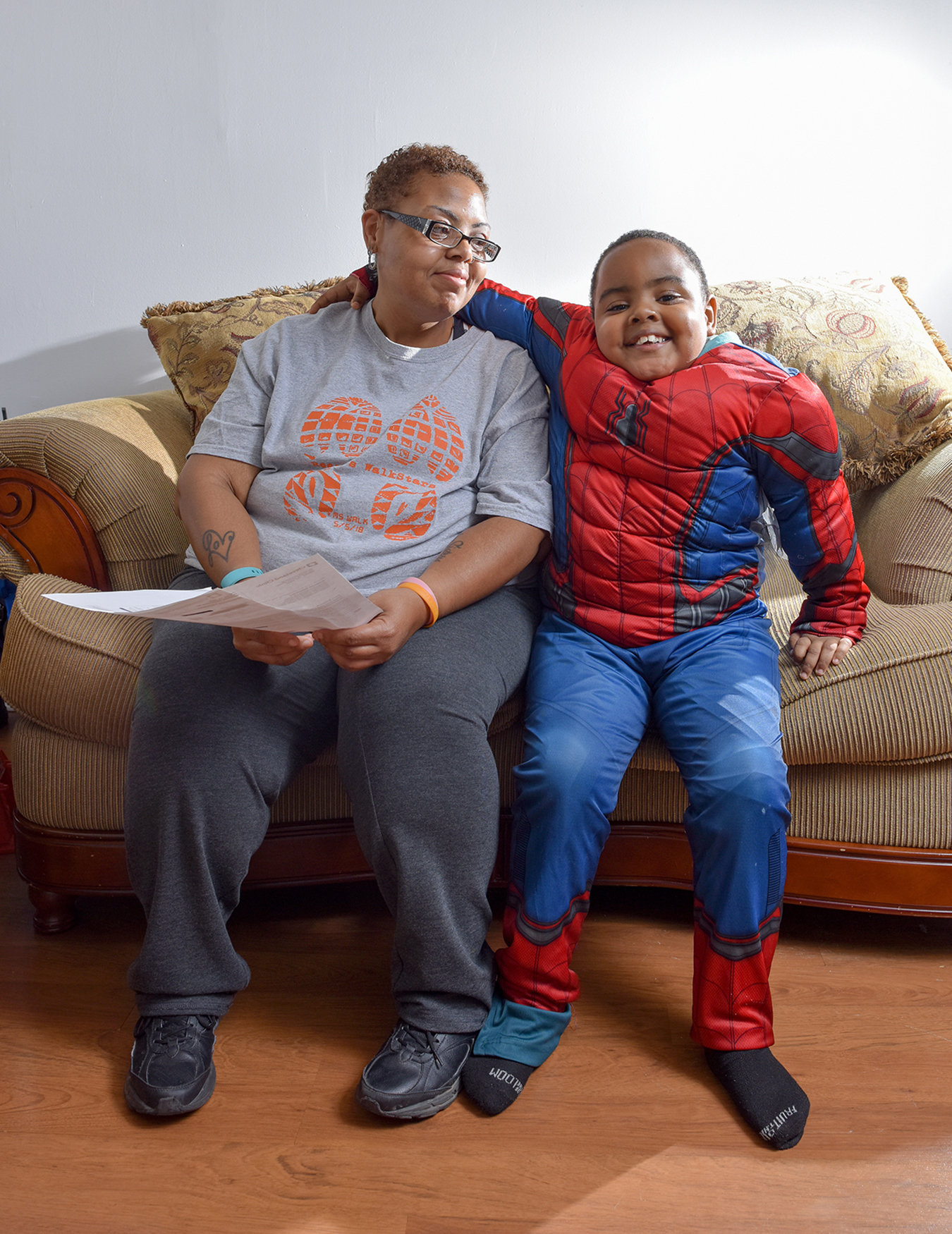 Shereese Hickson, diagnosed with multiple sclerosis in 2012 and unable to work, supports herself and her son, Isaiah, on $770 a month.(Shane Wynn for KHN)

Last year, the Institute for Clinical and Economic Review, an independent nonprofit that evaluates medical treatments, completed a detailed study on MS medicines. It found that Ocrevus was one of three or four medicines that were most effective in reducing MS relapses and preventing MS from getting worse. But it also found that patient benefits from MS drugs “come at a high relative cost” to society.

At the same time, deciding which MS drug — there are about a dozen — would best suit patients is something of a shot in the dark: The science showing the comparative effectiveness of MS drugs is not as strong as it could be, researchers say.

“In general, there’s a real lack of head-to-head studies for many of these drugs,” said Hartung. The FDA has no required comparison standard for MS drugs, an agency spokeswoman said. Sometimes they’re rated against placebos. With everyone able to charge a high price, the companies have little incentive to see which works better and which worse.

Resolution: After Hickson questioned the charges over the phone, the billing office told her to apply to the hospital for financial assistance. Hickson had to print a form, provide proof of her disabled status, mail it and wait.

Hospital officials told her in October she qualified for assistance based on her income through a state program funded by hospital contributions and federal money. Cleveland Clinic wiped out the $3,620 balance.

“I’m grateful that they approved me for that, but not everybody’s situation is like that,” she said. She was worried enough about being billed again for her next Ocrevus infusion that she considered switching back to her old medicine. But her doctor wants her to give it more time to gauge its effects.

The Takeaway: Always ask about charity care or financial assistance programs. Hospitals have different policies and wide discretion about how to apply them, but often do not even tell patients such programs exist.

Because health care costs are so high, you may be eligible even if you have a decent salary. Cleveland Clinic gives free care to everybody below a certain income, said spokeswoman Heather Phillips. But it wasn’t until Hickson called that the hospital agreed to erase the charge.

While there are multiple new drugs to treat serious chronic conditions, they have often not been tested against one another. Moreover, your doctor may have no idea about their relative prices. He or she should. For newer drugs, all options may well be very expensive.

Keep in mind that drugs which must be infused often come with facility fees and infusion charges, which can leave patients with hefty copayments for outpatient treatment. Ask about oral medicines or those you can self-inject at home.