Dr. James Stoller, chair of the Education Institute at the Cleveland Clinic, is nervously watching the deficit talks on Capitol Hill. Among the proposals being discussed is a plan to cut as much as $14 billion over 10 years from Medicare reimbursements for doctor training, according to a list summarizing possible health cuts leaked Tuesday. Stoller says if that were to happen, his clinic could lose at least $30 million a year. 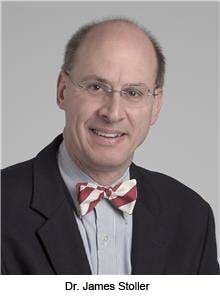 “Academic medical centers train 100 percent of the future doctors that will populate this country who will be called upon to care for the 30 million new patients coming into the system in 2014 with health reform,” said Stoller. “There are already projected shortfalls of as much as 125,000 doctors by 2025. That is why it is so important to maintain the training pool of doctors.”

The Republican-controlled House tried this spring to cut some of the funding for the academic centers that had been promised in the 2010 health law. But now that money is also being eyed by both Republicans and Democrats as part of the effort to bring down the deficit and extend the nation’s debt limit. The Association of American Medical Colleges, which represents about 950 of the nation’s teaching hospitals, started a print and radio campaign on July 1 and sent a letter to President Barack Obama on July 5 urging him spare federal funding for medical colleges.

Teaching hospitals receive about $9 billion a year in subsidies from Medicare to train doctors.  Opponents of the subsidies to teaching hospitals have criticized the funding as an overly favorable deal for hospitals in some states, according to The New York Times. Cantor’s list shows the $14 billion cut as part of a broader proposal to eliminate about $350 billion in government health care expenditures.

“That would result in a loss of 20,000 jobs from teaching hospitals and result in 10 percent fewer doctors being trained,” said Atul Grover, chief advocacy officer at the AAMC.  Grover said Democratic lawmakers haven’t given any indication of whether or not they would go along with the Republican proposal.

Stoller said that the Cleveland Clinic is currently training 1,075 doctors and that federal budget cuts would have an “inevitable impact.”