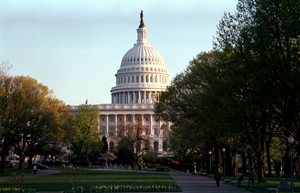 Democrats scrambling for votes ahead of a week-long Memorial Day recess have scaled back provisions that affect health care for newly laid-off workers as well as Medicare patients.

And the legislation would also continue the extra federal payments to help hard-pressed state Medicaid programs.

Congress is considering several solutions on the COBRA, Medicaid and Medicare payment issues but the bill is proving to be a tough sell to law to lawmakers – from both parties – wary of the new spending.

In 1997, Congress put in place the Sustainable Growth Rate formula to set Medicare’s physician payments and curb the growth in health care costs. Based on the formula, whenever physician costs grew faster than the economy, doctors’ Medicare reimbursements would be reduced. However, every time  except once in 2003  when this scenario has played out, lawmakers have intervened to delay the unpopular cuts.

Here are some of the options that have been or are still being considered:

 A 19-month revised bill which would postpone scheduled cuts in Medicare payments to doctors for 19 months, while saving as much as $43 billion from the cost of the bill. Under a plan that has been changed several times, payments to doctors would be increased 2.2 percent on June 1 and by 1 percent in 2011. But unless Congress acts again before the end of next year, physicians who care for Medicare patients would face a 33 percent reduction in payments starting in 2012, according to the Congressional Budget Office, which released a score of the proposal Thursday. This proposal would still cost nearly $22 billion, and the CBO estimates that the full bill will add $84 billion to the deficit. The deficit figure has led some – most recently Blue Dog Democrats in the House – to reject this latest proposal.

 Short-term fix. As some question the cost and timing of doing something this week, before the Memorial Day recess, another month-long extension is a possibility, according to House Majority Leader Steny Hoyer.  Separately, Republican Sen. Chuck Grassley, R-Iowa, is preparing a month-long fix proposal, according to The Hill. Congress opted for such a short-term fix on April 15.

 A deal crafted by Democratic leaders and announced last week that would include a fix to payment rates for three years. Specifically, it would allow increases to the payment rates through 2011. In 2012 and 2013, rates would keep pace with Medicare’s growth and an extra allowance would go to primary care doctors.

 A five-year, $88.5 billion plan that would give doctors scheduled pay increases.  This was initially popular among some House Democrats but has less traction in the Senate and among some moderates because of the cost.

 A delay of the 21 percent cut until the end of the year.

The political dilemma is that members on both sides of the aisle are increasingly skittish about adding to the deficit in a year that has already been marked by lots of spending. And the powerful American Medical Association has steadfastly opposed shorter-term fixes, instead calling for a permanent solution.

Dr. James Rohack, president of the AMA, said in a release Thursday that a three-year fix would “provide temporary stability” for seniors and their physicians, but that the AMA is disappointed that Congress again won’t permanently fix the physician payment formula. “Achieving full repeal of the payment formula is apparently not feasible at this time, and Congress could have permanently solved this problem five years ago at a cost of $49 billion, less than the price of the short-term remedy now under consideration in Congress.”

The Congressional Budget Office has estimated the cost of the permanent fix to be $276 billion through 2020.

Congress has extended the COBRA subsidies for unemployed workers four times since February 2009.

COBRA is the federal program that allows laid-off workers to stay on their employer’s health insurance, usually for as long as 18 months. But the former employee has to pay all the costs, something that is often cost-prohibitive. The COBRA benefits subsidy pays 65 percent of the insurance premium costs for laid-off workers for 15 months.

The last extension of this subsidy was in April, for a month, and pending legislation would make it available to people laid off through the end of the year, at a cost of $7.8 billion, though short-term proposals – in the form of another month-long extension – are also possible if agreement on the overall extenders bill can’t be reached. If Congress doesn’t act, those laid off on or after June 1 would have to bear the full cost of their COBRA coverage.

Although a popular provision, the COBRA subsidy extension is caught up in the politics about government spending.

Judy Conti, federal advocacy coordinator for the National Employment Law Projects, says she sees COBRA being extended for as long as high unemployment rates continue, but she thinks it’ll be a tough fight to keep the subsidy going into next year, saying there are some lawmakers “who think that we’ve done enough and that this is it and no more,” she said. “But I don’t think that’s going to win the day.”


With states facing a double recession whammy of less revenue and more demand for health care services, Congress included extra money to Medicaid programs in the federal stimulus package beginning in February 2009.  Before the stimulus, the federal government’s share of Medicaid costs was between 50 and 76 percent (depending on the per capita income of the state).  With the stimulus, the federal match increased to between 61 and 84 percent of all Medicaid spending. The higher matching rate was originally slated to expire at the end of 2010, but the bill would extend the higher rates until June 30, 2011, at a cost of $24 billion. In the most recent version of the bill, that provision escaped cuts.

The timing was crucial, according to Robin Rudowitz, the associate director for the Kaiser Commission on Medicaid and the Uninsured. “When we asked them last year, states reported that the [stimulus funding] was a total lifeline to balance their budgets. While states still did make some cuts and restrictions, they overwhelmingly reported that things would have been a lot worse” without the funds, she said. (KHN is a project of the Kaiser Family Foundation.)

The timing on the extension could be helpful to states as well. Forty-six states end their fiscal year June 30th, so if the extra federal “match” ends this year, they could face the heavier Medicaid burden just halfway through their fiscal year.