For years, we’ve been hearing that health insurance exchanges created by the Affordable Care Act are going to be “online marketplaces, like Travelocity” where people will buy health policies like plane tickets.

But a consumer focus group in Colorado suggests people are going to want something more like TurboTax. 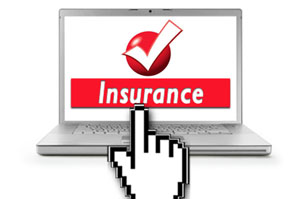 Like paying taxes, buying insurance is a complicated proposition, rife with jargon and high stakes: Errors can cost big money and run afoul of the law.

And like doing taxes, buying a policy on the exchange means interfacing with state and federal government agencies, too.

Jargon is a big issue for consumers, who want to be able to hover a mouse over confusing terms to get a quick explanation of something they need to know, a popular feature of the tax software.

The insight comes from discussion groups convened last summer by three Colorado nonprofits. The groups found 414 people in eight urban and rural locations to help the state’s exchange board understand what people are going to need to shop on the exchange. Participants were volunteers, not scientifically selected, but organizers said their demographics roughly match those of anticipated exchange users.

The feedback tells exchange planners that they have a high mountain to climb. Consumers said they know very little about insurance and will need a lot of customer support to use the exchange.

Few participants said they would be comfortable choosing a policy on their own. Many worry they don’t understand health insurance jargon well enough to buy a policy online or that a website won’t have the information they need to make a good choice. About one in five are concerned the exchange won’t offer enough “human support.”

“That was a significant, issue,” said Elisabeth Arenales, who helped analyze the responses. “Make sure we have enough people available. That includes the call center, assisters and navigators, so that people both are and feel like they’re getting … competent assistance.”

A Colorado exchange call center is already in the works. The exchange board is also considering opening storefronts or other venues where people can get help face to face. The board has to balance demand for customer service with a desire to keep costs down and policies affordable.

Of the 414 people surveyed, 80 said they’d feel comfortable turning to exchange staff for support, and 16 said they would not.

The trustworthy source of advice named by most people, 138, was doctors, nurses and health facility staff, versus 52 people saying they would not trust them. Colorado’s exchange board includes a physician, who has said he doesn’t think doctors in general know enough about health insurance policies to give good advice to consumers.

More than half in the discussion group were under 30 years old. When asked “who helps you choose a health plan now?” 215 said “parents,” and 105 said a family member. Only 17 said they turned to the Internet for help picking a health plan now, fewer than named brokers/agents (22), employers (45) or “myself/nobody” (44).

Colorado is still studying how many navigators and call center lines it will need.  It sounds like a lot to state Insurance Commissioner Jim Riesberg. He said that for the state to meet its goal of enrolling enough people in its first six months for the exchange to be self-sustaining, “that’s 800 people a day, seven days a week, for six months.”

This story is part of a reporting partnership that includes NPR, Colorado Public Radio and Kaiser Health News.

TurboTax, Not Travelocity, May Be Better Analogy For Health Exchanges