Shopping for the best price for a given health care need is nearly impossible. Unlike shopping for other big ticket items, there’s no place to compare prices. Providers often can’t, or won’t, quote a price for a given procedure – different people are charged different rates based on what kind of coverage they have, or whether they have coverage at all.

But now 14 states have or are setting up searchable databases designed to help people shop and compare health care options based on price and quality.

Colorado is launching its All Payer Claims Database this fall. Phil Kalin at the nonprofit Center for Improving Value in Health Care in Denver is in charge of the project, which is the result of 2010 legislation and is expected to have data from most of the claims in the state in 2013. Kalin was formerly the president and CEO of Rose Hospital in Denver and at the Henry Ford System in Detroit, Michigan. 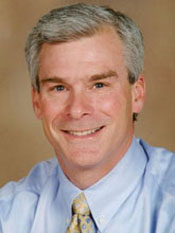 He talked about the new database on Colorado Public Radio’s Colorado Matters. The questions and his answers were edited for space and clarity.

How will consumers use this new database?

Patients will be able to go online and see how much something is actually going to cost them, and compare prices across hospitals and doctors. They’ll be able to see how much variation there is in terms of charges and costs. It will cover essentially all procedures, anything that is billed and being paid for by an insurance company.

Do we know much about price variation now?

We’ve looked at initial kinds of data that show, for example, an MRI can cost as little as $450 to as much as $3,500 [according to Colorado Public News], with no obvious distinction in terms of quality. Other states with databases like these see prices vary as much as double from the lowest price to the highest, with no evidence of difference in outcomes.

Once everybody knows what everybody else is paying, huge price variations should go away?

Yes, again, trying to control for quality, because we want to reward people who are providing higher quality. We believe that as consumers look at this, they’re going to move toward the best value, which is the combination of price and quality.

In Colorado, half of all health care is paid for by businesses, so businesses are going to look at this same information and say, why are we sending our employers to these providers, when there’s no obvious difference in quality and there’s a huge variation in cost?

Do you expect providers to learn from the database as well?

Yes. Right now, most providers don’t know how they compare to their peers in terms of price and quality. But Grand Junction, Colorado, which has some of the lowest Medicare costs in the country has taught us that when providers get feedback on their performance, those with the lowest scores talk to those with the best scores and learn how to get better.

Who’s threatened by this new database?

Everybody has some trepidation, when you don’t know how you’re going to compare to other people. We’re being very careful to compare apples to apples, in terms of who has healthier or sicker patient populations. And before we go public with the names of providers we’ll feed the data to them so they can start doing quality improvement. So they’ll hopefully have made adjustments when providers are publicly identified in 2013.

Won’t this put teaching hospitals at a disadvantage?

They are going to show some great difference based on cost. Teaching hospitals do have higher overhead associated with their academic missions, and [that] will probably be reflected in higher prices. It’s going to put interesting pressures on those higher cost hospitals, and raise this issue of, how do we pay for teaching, indigent care, etc? Because those are still real societal issues.

Have price and quality databases in other states proven successful in moderating costs?

It’s still early. The databases vary in the level of detail they report. They’re starting to get some traction, but it hasn’t been documented that just putting out consumer information has actually driven costs down dramatically. There’s starting to be some studies on that.

We think that as more costs get shifted to consumers, co-pays, deductibles, and as businesses and insurers put more pressure on the system, the all-payer databases are going to be increasingly looked to as important levers for making change.

If every procedure being performed in Colorado is being entered into this database, should people be worried about privacy?

We’ve gone to extraordinary lengths to insure privacy and security. All the data has been encrypted and all personal identifiers stripped away.