She relies on the garments to stand and walk without intense leg pain and swelling. That’s because Vander Linden, 44, was born with lymphedema.

The condition affects the lymphatic system, a network of lymph nodes and vessels that move infection-fighting liquid through the body. When that network is damaged, fluid can build up and cause limbs to swell well beyond their normal size and make them susceptible to harmful infections.

Vander Linden’s insurance coverage, which she gets through her job as a senior director of communications at a Washington, D.C.-based nonprofit organization, covers about half the annual cost of her stockings, she said. For the rest of the year, she added, she pays out of pocket ― between $2,500 and $3,500 annually.

“I guess they’re thinking I don’t have to stand up” for half the year, she said. 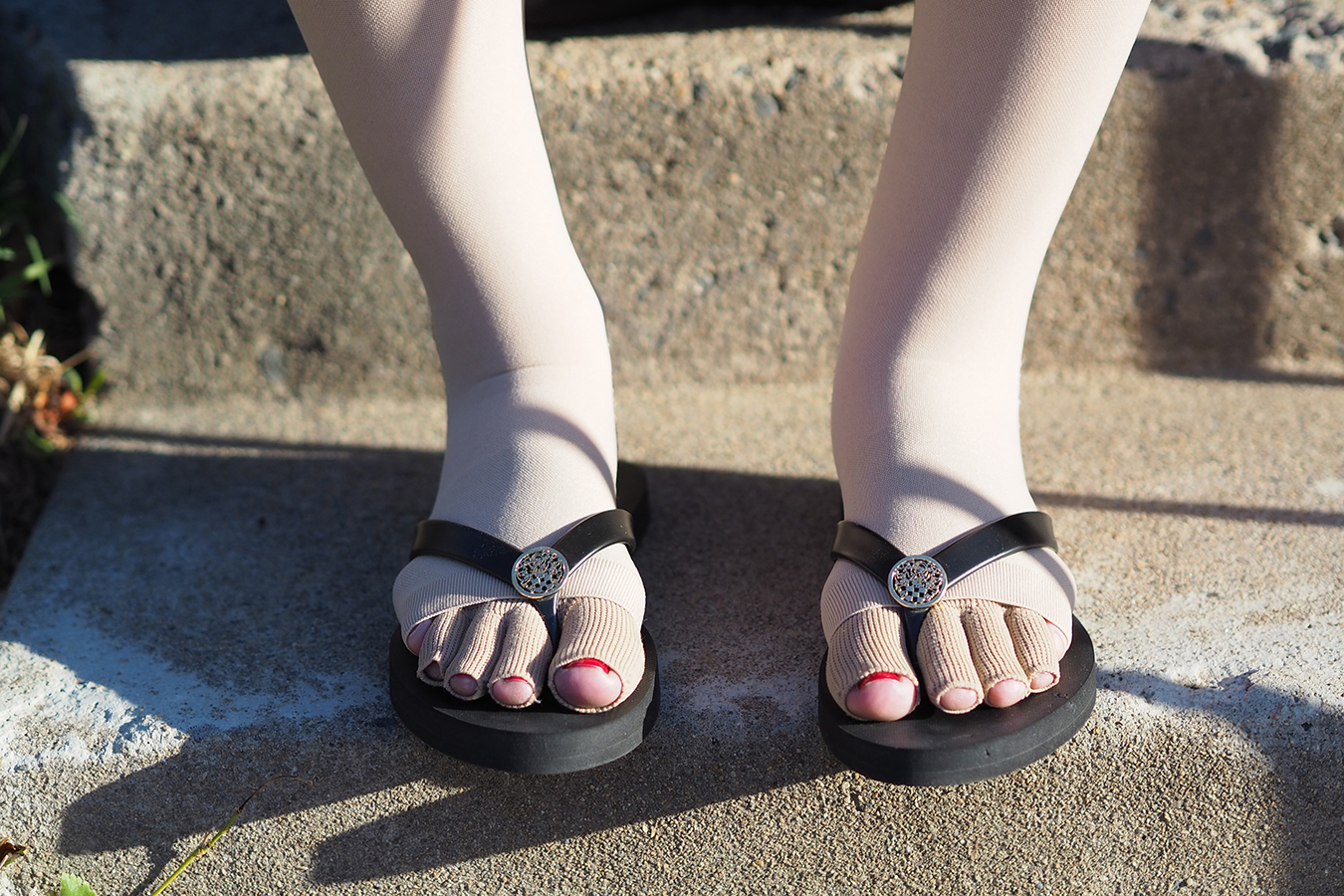 Britta Vander Linden uses compression stockings to help prevent complications from her lymphedema. That’s a condition that occurs when fluid builds up in the arms and legs.(Lynne Shallcross/KHN)

Many lymphedema patients struggle to get health insurers to pay for compression garments. Coverage varies among private insurance plans, and for many patients it is limited. Although Medicaid programs cover some of these expenses, Medicare does not.

Advocates have been pushing for legislation to change that. “Right now there is a patch quilt across the country to navigate to get the care that you need,” said William Repicci, CEO of the Lymphatic Education & Research Network, a patient advocacy group.

Lymphedema affects as many as 5 million people in the United States. The majority develop the condition after undergoing cancer treatment, especially if they had surgery that required removing lymph nodes to stop the spread of disease. Breast cancer patients are particularly affected by the condition.

People generally wear the garments daily, said Dr. Stanley Rockson, a professor of lymphatic research and medicine at Stanford University School of Medicine in California. Depending on the severity of the disease, some people also require them at night.

Prices for garments vary considerably. A standard-fit arm sleeve costs $81, but a custom-made equivalent can run $202, according to the Lymphedema Advocacy Group, a patient volunteer organization seeking a federal mandate for insurance coverage. One pair of waist-high stockings costs $159 off the shelf. When made to order, the price can jump to $960.

Garments should be replaced two to four times a year, Rockson said. The 1998 federal Women’s Health and Cancer Rights Act has helped some patients get insurers to cover their compression garments. The law requires insurers that provide coverage for mastectomies to also cover complications related to the procedure, including these socks and sleeves. It applies to employer-based plans, as well as those that people buy on the individual market.

A handful of states, including Maryland and Virginia, have laws requiring health plans subject to state regulation to cover lymphedema treatment, including supplies such as compression garments. Virginia’s law, from 2004, was the nation’s first. Maryland’s took effect this year.

At least three other states ― California, Massachusetts and North Carolina ― require health insurers to pay some of the costs, according to an analysis from the Maryland Department of Legislative Services.

But many people aren’t covered by these laws because large-employer health plans are generally regulated by the federal government. In Maryland, approximately 25% of residents have plans that may be affected, state officials estimated.

“I know that it’s not a panacea. It’s not going to address every problem that patients are running into when it comes to lymphedema treatment,” said Al Carr Jr., the Maryland General Assembly member who sponsored the law after a constituent brought the issue to his attention. “But hopefully it makes things easier and better.”

Even if compression garments are covered, plan restrictions ― such as limits on how many stockings or sleeves are allowed ― can leave enrollees’ needs unmet.

That happened to Cindy Cronick.

In 2007, the Wisconsin pharmacist found a lump under her arm, and doctors diagnosed her with breast cancer. She underwent chemotherapy, radiation and a mastectomy and remains cancer-free.

But in 2012, she said, lymphedema dramatically caused her left arm and hand to swell. (The condition can crop up years after an operation.)

Her employer-provided health plan, according to Cronick, 53, covered only four compression garments a year. This became a problem when she needed another compression glove because the old one was causing an abrasion, which can increase the risk of developing an infection.

Cronick, who is a board member of the Lymphedema Advocacy Group, ultimately appealed to the insurer, and then an outside reviewer in New York, for more coverage. The case ended in 2013 with the insurer doubling the number of garments it covered. The insurer changed its policy the following year to allow patients with post-mastectomy garments to go beyond their limit.

After Cronick switched to her husband’s health plan, she received other denials that she was forced to appeal, she said. She filed a complaint against the insurer with the Department of Labor, according to documents Cronick provided. As of Sept. 5, the investigation was still pending.

“It shouldn’t be a certain number,” Cronick said, referring to the number of garments covered under health plans. “It should be what that patient and their doctor determine is required.”

That option is not available to Medicare beneficiaries. Compression garments do not meet the definition for any category of covered services. Legislation to provide Medicare coverage for lymphedema diagnosis and treatment has been repeatedly introduced in Congress since 2002. But it has gone nowhere.

Advocates said they think adding the government benefit would prompt more private insurers to pay for the stockings as well. The federal program’s reputation for being a benchmark of insurance coverage “makes this super valuable to get Medicare” to cover the garments, said Jeffrey Clemens, an associate professor of economics at the University of California-San Diego who focuses on health issues.

But other health care experts say it may not be the cure-all advocates hope for.

“It’s probably not a simple matter of if you succeed in getting Medicare coverage, then all the private insurers are going to fall in line really rapidly,” said Jack Hoadley, a former member of the Medicare Payment Advisory Commission. “I would say that’s probably not realistic.”

Compression Garments Can Ease Lymphedema. Covering Costs? Not So Easy.