Some consumers may continue to face out-of-pocket health costs of $12,500 or more next year – double the amount allowed by the health law – because the Obama administration won’t enforce that provision for some plans for another year.

“This is a very important consumer protection that is being undermined,” said Stephen Finan, policy director for the American Cancer Society Cancer Action Network. “Someone with a high drug bill could have out-of-pocket costs well in excess of the law.”

The delay “will disproportionately harm people with chronic diseases and disabilities,” including those with AIDS, lupus, cancer, epilepsy,” said a letter of protest sent to the administration from a coalition of 40 patient groups, said Nancy Hughes, vice president of communications for the National Health Council, an association of patient advocacy organizations. 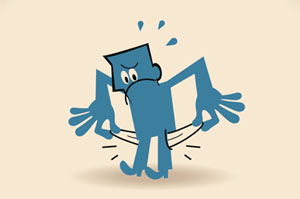 Under the federal law, starting Jan. 1 health plans are required to cap the amount consumers can be charged through deductibles, co-payments and co-insurance. That out-of-pocket cap next year is estimated to be about $6,250 for an individual.

But in a Feb. 20 FAQ put out by the Departments of Labor, Treasury and Health and Human Services, the administration noted that some insurance plans offered by employers have separate policies or benefit managers for different parts of their coverage, such as medical care and drugs, and sometimes a third for children’s dental services. Some employer plans have separate out-of-pocket caps for each of the coverage areas.

Because of the complexity, the administration said it was giving insurers and employers another year to find ways to merge those caps. In theory, that means some plans next year may be able to double – or even triple – the $6,250 out-of-pocket cap, said the consumer groups. Plans with only one administrator overseeing all types of coverage are not exempted from the spending cap.

Administration spokeswoman Erin Shields Britt said Wednesday that all employer plans – including those with multiple administrators – must have systems in place by 2015 to ensure that out of pocket spending maximums will include all types of spending, including prescription drugs. She did not respond directly to the concerns raised by consumer groups.

Finan said administration officials indicated they allowed the one-year extension because “they got considerable feedback from health plans and employers that they could not comply or do the changes to develop a single out-of-pocket limit.” He said employer plans with multiple administrators are fairly common, although he did not know the number.

“The FAQ does not have the force of law, but what it simply says is the Department of Labor is not going to enforce the law,” said Finan, who added that the groups had been in talks with administration officials on the issue since February.

He said consumer groups were especially concerned after learning from the administration that some drug plans have no out-of-pocket maximums and will not be required to set one next year.

Employers often have separate administrators for their medical programs and their drug benefits, said Steven Wojcik, vice president of public policy at the National Business Group on Health, a coalition of employers. While his organization did not request the delay, he said he understands the concerns.

The delay allows affected employer health plans to retain current out-of-pocket costs while administrators work out ways to combine their charges to meet the new federal limit. “No one is trying to raise the out of pocket maximum as a result of this,” he said adding, “We’re grateful the administration understands that these are significant changes in employer plans and is giving flexibility.”

But the consumer groups say technology exists that could simply combine the separate administrative functions to create a single out-of-pocket cap, eliminating the need for the extension. Failing that, consumer groups are asking officials to simply divide the total amount of the out-of-pocket cost among the different administrators, so that consumers do not face higher limits than allowed under the law.