Worried about going without health coverage, musician Tom Miller bought a nine-month insurance policy in January to tide himself over while he rebuilt his business after a divorce and moved from Maryland to North Carolina.

At $90 a month, it fit his budget, even though it does not offer the broad benefits required by the federal health care law. 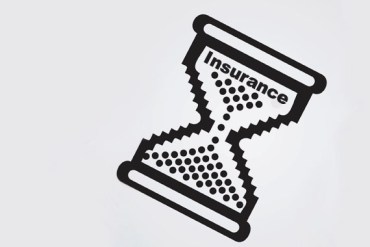 Long seen as a stopgap for people between jobs, short-term policies that focus on catastrophic coverage can fill a niche for people like Miller looking for protection against unforeseen accidents, say some insurance brokers.  In exchange for their lower premiums, the plans come with sharp limits, including no coverage for pre-existing medical conditions. Many consumer advocates hoped interest in such plans would decline after the Affordable Care Act made broader coverage widely available, but short-term policies appear to be enjoying a resurgence, brokers say.

“We’re writing more short-term now than before the ACA,” although not as much as in the boom years of the early 1990s, said Lynda Sussman, owner of C.O.B. brokerage, which sells insurance policies through its office in Pikesville, a suburb of Baltimore.

The plans attract not only those between jobs, but also people who missed the deadline to sign up for an ACA policy and those who say they can’t afford a more comprehensive plan, she said.

One of the nation’s biggest online brokers — eHealth — has also seen a surge in consumer demand. The website reports that applications for the policies on its website rose 130 percent, to more than 140,000, between 2013 and last year, when the ACA’s requirement that most Americans carry insurance went into effect.  The eHealth website may not necessarily reflect national trends, but little data exists from government or industry sources on the sales of short-term policies.

When he bought his plan online from eHealth, Miller said he didn’t know that it would not protect him from a tax penalty of at least $325 imposed by the federal health law for failing to have coverage that meets the law’s minimum standards.

“That bothers me,” said Miller, 36, a self-employed sound engineer and drummer in Raleigh, who formerly had coverage through his wife and now may face at least a $325 penalty for not having coverage this year. “I should still qualify.”

On the eHealth website, consumers can see disclaimers for the short-term plans, warning, “even if you enroll in and maintain short-term coverage, you may still be subject to the tax penalty.” Short-term policies, which can be bought in increments of 30 days to 12 months, generally have lower premiums than other health insurance. While that is attractive to many consumers, the premium price reflects their limits: They are exempt from most provisions of the health law.

Applicants, for example, can be rejected for coverage if they take prescription medications or have a health condition, which the federal law prohibits for other types of insurance.  EHealth reports that insurers turned down 18,000 short-term policy applicants using its website last year, up from 5,500 in 2013.  The plans usually ask applicants a few simple questions about their health, but could seek more information from a policyholder’s medical records.

In addition, short-term policies rarely cover maternity care, some cap the dollar amount of care they will cover, they can’t be renewed and any medical conditions policyholders develop during the course of the policy can be excluded from coverage if they do re-apply.

“People are really taking a chance,” said Karen Pollitz, who studies the insurance market as a senior fellow at the Kaiser Family Foundation. “They have to hope they stay healthy until the next open enrollment.” (KHN is an editorially independent program of the foundation.)

For Miller and others, the draw is the price.  He could have stayed on his wife’s policy for a time while going through his divorce, but it would have cost $300 a month.
“That’s a car payment,” he said. “I didn’t want to put myself in a financial situation with more stress.”

EHealth reports the average premium nationally for a short-term policy is about $110 a month for an individual, and carries an average annual deductible of $3,589.  They’re less expensive for younger people, averaging $89 a month for those between the ages of 25 and 34, the biggest group applying for coverage through eHealth. No subsidies are available to help people purchase them because they don’t qualify as ACA plans.

Premiums are generally higher for coverage that meets the requirements of the federal health law. A Kaiser Heath News analysis of 2015 rates found the average monthly premium for a 40-year-old buying the lowest cost silver-level coverage through the federal online market nationally was $273, before subsidies. Still, federal data show that 87 percent of those enrolling through the federal website received subsidies of varying amounts to help offset the premium cost.

Brokers say that some of those purchasing coverage are doing so because they fall into the “coverage gap,” earning too much to qualify for Medicaid coverage in states that did not expand eligibility, but too little to get a subsidy.

Ruth Dunlap, a 36-year-old office assistant in Ann Arbor, Mich., said she bought a policy this spring, hoping it would protect her until she can get a full-time job with benefits.  She works temporary jobs, earning between $10,000 and $20,000 a year.  She signed up for the short-term policy after she was told she earned too little to qualify for a subsidy in her state, and her state did not expand Medicaid eligibility under the health law until April.

Not long after getting her policy, Dunlap went to the emergency room with a gall bladder attack.  The hospital sent a bill for $1,500  — marked down from $2,000 because she had insurance – but she hasn’t yet submitted the paperwork to the insurer to see how much of the bill will be covered by her $75-a-month plan. She’s likely to have to pay a deductible first, but isn’t sure of the amount. She may also face questions from the insurer about whether she had any past gall bladder problems and might get no help if she did.

Last week, Dunlap learned she may now   qualify for Medicaid since the state expanded eligibility to those earning up to 133 percent of the federal poverty level, about $16,000 for a single person.  She applied and is waiting to hear if she’s been accepted, but will hang on to her short-term policy in the meantime.

Many people won’t qualify for a short-term policy, particularly if they have had a recent illness or are taking certain medications. Broker Sussman said she does not recommend short-term plans for older customers, or those with health conditions. Still, for some clients, particularly younger adults being pushed to have coverage or those who missed the open enrollment deadline for the ACA and just want something in place until the next enrollment period in the fall, “it’s better than going without and it’s a helluva lot cheaper” than other types of insurance, she said.

Not every broker agrees the policies are worth having.

“I refuse to sell it to someone in lieu of Obamacare,” said Susan Lundy of Benefits by Design, a brokerage in Larkspur, California.  She said the main reason customers ask about the plans is their price, but she warns them that the policies won’t cover any existing medical conditions. And if something happens during their term, “if you break your leg and you get a new policy six months later, they have an exclusion on the break,” she said.

Lundy said even people who fear they’ve missed the ACA signup enrollment period, which this year ran from mid-November until the end of April, may not be out of luck.

Many people can qualify to buy a plan now through a number of exceptions, which include losing other ACA-qualified coverage, moving, getting married or having a baby.

Because he recently moved and lost his coverage when he divorced, Miller might qualify. For now, though, he’s hanging onto his short-term policy while looking around do see what else is available.

“I know I need health insurance,” Miller said. “I travel a lot. I’m active. The policy is good while I go through a transition. I just needed something until I get my feet back on the ground.”