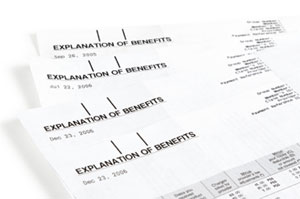 The new health reform law is the most far-reaching health legislation since the creation of the Medicare and Medicaid programs.

The following is a look at the impact of the law, which will extend insurance coverage to 32 million additional Americans by 2019, but which will also have an effect on almost every citizen.

June 28, 2012: Please see our new consumer guide that includes updates in light developments since the initial passage of the law.

Oct. 1, 2013: Much more information for consumers here: What Obamacare Means For You

Here are some commonly-asked questions about how you might be affected:

Q: I don’t have health insurance. Will I have to get it, and what happens if I don’t?

A: Under the legislation, most Americans will have to have insurance by 2014 or pay a penalty. The penalty would start at $95, or up to 1 percent of income, whichever is greater, and rise to $695, or 2.5 percent of income, by 2016. This is the individual limit; families have a limit of $2,085 or 2.5 percent of household income, whichever is greater. Some people can be exempted from the insurance requirement, called an individual mandate, because of financial hardship or religious beliefs or if they are American Indians, for example.

Q: I want health insurance, but I can’t afford it. What do I do?

A: Depending on your income, you might be eligible for Medicaid, the state-federal program for the poor and disabled, which will be expanded sharply beginning in 2014. Low-income adults, including those without children, will be eligible, as long as their incomes didn’t exceed 133 percent of the federal poverty level, or $14,404 for individuals and $29,326 for a family of four, according to current poverty guidelines.

Q: What if I make too much for Medicaid but still can’t afford coverage?

A: You might be eligible for government subsidies to help you pay for private insurance that would be sold in the new state-based insurance marketplaces, called exchanges, slated to begin operation in 2014.

In addition, if your income is below 400 percent of the poverty level, your out-of-pocket health expenses will be limited.

Q: How will the legislation affect the kind of insurance I can buy? Will it make it easier for me to get coverage, even if I have health problems?

A: If you have a medical condition, the law will make it easier for you to get coverage; insurers will be barred from rejecting applicants based on health status once the exchanges are operating in 2014.

In the meantime, the law will create a temporary high-risk insurance pool for people with medical problems who have been rejected by insurers and have been uninsured at least six months. This will occur this year.

Insurers later this year will also be barred from setting lifetime coverage limits for adults and kids. In 2014, annual limits on coverage will be banned.

New policies sold on the exchanges will be required to cover a range of benefits, including hospitalizations, doctor visits, prescription drugs, maternity care and certain preventive tests.

Q: How will the legislation affect young adults?

A: If you’re an adult younger than 26, you’ll be able to stay on your parent’s insurance coverage as long as you are not offered health coverage at work. This provision officially takes effect in September, but insurers may not have to comply until the beginning of a new health plan year – which often happens in January.

In addition, people in their 20s will be given the option starting in 2014 of buying a “catastrophic” plan that will have lower premiums. The coverage will largely only kick in after the individual has $6,000 in out-of-pocket expenses

Q: I own a small business. Will I have to buy insurance for my workers? What help can I get?

A: It depends on the size of your firm. Companies with fewer than 50 workers won’t face any penalties if they don’t offer insurance.

Companies can get tax credits to help buy insurance if they have 25 or fewer employees and a workforce with an average wage of up to $50,000. Tax credits of up to 35 percent of the cost of premiums will be available this year and will reach 50 percent in 2014. The full credits are for the smallest firms with low-wage workers; the subsidies shrink as companies’ workforces and average wages rise.

Firms with more than 50 employees that do not offer coverage will have to pay a fee of up to $2,000 per full-time employee if any of their workers get government-subsidized insurance coverage in the exchanges. The first 30 workers will be excluded from the assessment.

Q: I’m over 65. How will the legislation affect seniors?

A: The Medicare prescription-drug benefit will be improved substantially. This year, seniors who enter the Part D coverage gap, known as the “doughnut hole,” will get $250 to help pay for their medications.

Beyond that, drug company discounts on brand-name drugs and federal subsidies and discounts for all drugs will gradually reduce the gap, eliminating it by 2020. That means that seniors, who now pay 100 percent of their drug costs once they hit the doughnut hole, will pay 25 percent. Beginning in 2011, drug companies will be required to give a 50 percent discount on brand-name drugs for prescriptions filled in the doughnut hole.

And, as under current law, once seniors spend a certain amount on medications, they will get “catastrophic” coverage and pay only 5 percent of the cost of their medications.

Meanwhile, government payments to Medicare Advantage, the private-plan part of Medicare, will be frozen starting in 2011, and cut in the following years. If you’re one of the 10 million enrollees, you could lose extra benefits that many of the plans offer, such as free eyeglasses, hearing aids and gym memberships. To cushion the blow to beneficiaries, the cuts to health plans in high-cost areas of the country such as New York City and South Florida — where seniors have enjoyed the richest benefits — will be phased in over as many as seven years.

Beginning this year, the law will make all Medicare preventive services, such as screenings for colon, prostate and breast cancer, free to beneficiaries.

Q: How much is all this going to cost? Will it increase my taxes?

A: The package is estimated to cost $938 billion over a decade. But because of higher taxes and fees and billions of dollars in Medicare payment cuts to providers, the package will narrow the federal budget deficit by $143 billion over 10 years, according to the Congressional Budget Office.

If you have a high income, you will face higher taxes. Starting in 2013, individuals with earnings over $200,000 and married couples earning more than $250,000 will pay a Medicare payroll tax of 2.35 percent, up from the current 1.45 percent. In addition, high-income taxpayers will face a 3.8 percent tax on unearned income such as dividends and interest over the threshold.

Starting in 2018, the law will also impose a 40 percent excise tax on the portion of most employer-sponsored health coverage (excluding dental and vision) that exceeds $10,200 a year for individuals and $27,500 for families. The tax is often referred to as a “Cadillac” tax.

The law also will raise the threshold for deducting unreimbursed medical expenses from 7.5 percent of adjusted gross income to 10 percent.

The law also will limit the amount of money you can put in a flexible spending account to pay medical expenses to $2,500 starting in 2013. Those using an indoor tanning salon will pay a 10 percent tax starting this year.

Q: What will happen to my premiums?

A: That’s hard to predict and the subject of much debate. People who are sick might face lower premiums than otherwise because insurers won’t be permitted to charge sick people more; healthier people might pay more. Older people could still be charged more than younger people, but no more than three times as much.

The bigger question is what happens to rising medical costs, which drive up premiums. Even proponents acknowledge that efforts in the legislation to control health costs, such as a new board to oversee Medicare spending, won’t have much of an effect for several years.