Confusion about whether some types of job-based coverage disqualify consumers from signing up for subsidized insurance through the health law’s marketplaces may lead some people to buy skimpier employer plans instead.

In recent weeks, some assisters who help consumers find coverage say people are being told by their employers that their bare-bones plans – which, for example, may cover preventive benefits only — meet “minimum essential coverage” requirements. That’s the type of coverage most people must have to satisfy the health law’s requirement that they have health insurance. 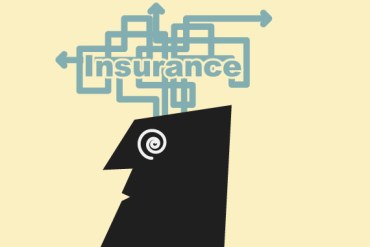 The problem is that consumers mistakenly think that having access to such coverage means they don’t qualify for subsidies if they want to buy a policy on the exchanges instead.

But that’s not necessarily the case.

Rather, they would be ineligible for subsidies if their employer plan is deemed affordable under the law and pays for 60 percent of allowed medical charges, on average.  Coverage is considered affordable if it costs no more than 9.5 percent of an employee’s income for self-only coverage.

Some of the confusion relates to the similar-sounding bureaucratic names for these different health law standards.  Minimum value coverage means the plan pays for 60 percent of allowed medical charges, on average.

Minimum essential coverage, which can include a range of things from grandfathered health plans to some of the prevention-only plans being offered by large employers, refers to what large employers must offer to avoid paying penalties for not offering coverage, as well as what individuals must carry to comply with the law’s coverage requirement.

Some consultants have reportedly developed job-based plans that cover very little other than preventive benefits. Unlike small group and individual plans, which are required to provide comprehensive coverage under the health law, no such requirements exist for large group plans.

“It’s hard for consumers to understand how a plan that is lousy in their eyes could somehow prevent them from getting subsidies on the exchange,” says JoAnn Volk, a senior research fellow at Georgetown University’s Center On Health Insurance Reforms.

The federal government recently released guidance saying that plans that don’t include coverage of hospitalization services and doctor’s visits don’t satisfy the minimum value standard even if they manage to meet the 60 percent actuarial value threshold without those benefits. Until final regulations are released next year, workers who are offered such plans won’t be barred from qualifying for premium tax credits on the exchanges, the guidance said.

The vast majority of plans are believed to meet the minimum value standard, however. No more than 2 percent of people covered by employer-sponsored insurance — 3.2 million people — are enrolled in plans with an actuarial value of less than 60 percent, according to a 2011 estimate by the federal Department of Health and Human Services. Those affected are more likely to be in low-wage jobs and may not have had health insurance before.

In addition, because the 9.5 percent affordability standard is based on the cost of employee-only coverage rather than family coverage, most plans will be considered affordable, says Judith Solomon, vice president for health policy at the Center on Budget and Policy Priorities.

Having said that, “we know there were some pretty shabby plans being offered out there,” Solomon says.

During open enrollment, health plans are all supposed to provide a “summary of benefits and coverage” that explains the details of the plan and also states whether it provides minimum essential coverage and meets minimum value standards.

“We were hearing from assisters that people were having trouble understanding this employer coverage information,” says Cheryl Fish-Parcham, private insurance program director at Families USA, a consumer advocacy organization.

Families USA and other advocacy groups sent a letter to the administration requesting that it amend the summary of benefits and coverage requirements to add language informing people that they could be eligible for premium assistance on the marketplace if their employer plan doesn’t meet the minimum value standard, Fish-Parcham says.

Workers who are filling out an application for a marketplace plan and are uncertain about whether their on-the-job coverage meets minimum value standards can download an “employer coverage tool” from healthcare.gov and ask their employer to complete it.

However, employers aren’t required to fill out the form.