An outbreak of poisonings linked to a counterfeit prescription painkiller — previously seen in the Sacramento region — has reached the Bay Area, according to the U.S. Centers for Disease Control.

The CDC reported Tuesday that seven patients were treated for overdoses in Bay Area hospitals in late March and early April after taking what they thought were tablets of Norco, a brand-name painkiller that combines acetaminophen and hydrocodone. 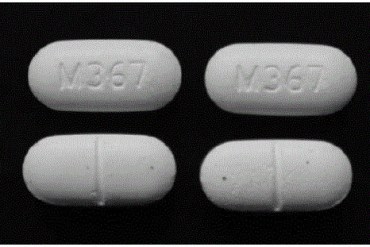 But the counterfeit Norco, which the patients bought off the street, mostly contained the opiate fentanyl, which is 100 times more powerful than morphine, according to the CDC.

In addition to the fentanyl, the pills contained promethazine, an allergy drug that’s believed to intensify the effects of fentanyl.

None of the patients died, but they suffered nausea, vomiting, breathing problems, lethargy and unconsciousness. Some needed treatment with naloxone, an antidote medication that can reverse the effects of an opioid overdose.

Since then, another 16 overdoses, three fatal, have been reported in the county.

The California Poison Control System has been on alert for new cases but has not received any reports of counterfeit Norco overdoses elsewhere in the state, said Stuart Heard, the system’s executive director and a clinical professor at the University of California-San Francisco School of Pharmacy. Some of the pills analyzed by experts contained as much as 3.5 milligrams of fentanyl, a potentially lethal dose, he said.

“The only safe prescription to take is prescribed to you by your doctor and received from a legitimate pharmacy – not from a coworker, a friend or off the street,” said Casey Rettig, a spokeswoman for the Drug Enforcement Administration’s San Francisco division, which is investigating the counterfeit Norco.

Drug enforcement and health officials are increasingly concerned about fentanyl making its way into counterfeit versions of common prescription drugs.

Last year in California, seven people took fentanyl-contaminated counterfeit Xanax, an anti-anxiety drug; two of them died, according to the CDC. The addition of the booster promethazine — seen in the Bay Area but not Sacramento overdose cases — additionally worries public health officials, because it strengthens the effects of already powerful fentanyl.

The recent Bay Area cases may strengthen the arguments of some California lawmakers trying to pass a bill, SB 1323, which would increase prison sentences and fines for major traffickers of fentanyl. The bill remains in committee.

To aid its investigation, the DEA’s San Francisco division recently set up an anonymous tip line at 530-722-7577.

“Fentanyl is available, it’s relatively cheap, a little goes a long way and it’s very profitable,” the DEA’s Rettig said. She said could not comment on the progress of the DEA’s investigation. But typically, she said, fentanyl is purchased from China, shipped to Mexico and transported into the United States across its southwest border.

At some point in Mexico or in the U.S., the fentanyl is processed into counterfeit tablets that carry the markings of legitimate prescription medications, including hydrocodone drugs like Norco, Rettig said.

“Why these manufacturers are making it so potent and doing in their own customers is very puzzling,” Heard said. “To me, it speaks to amateurs doing this, or people who just don’t care.”