From late March into April, Timothy Regan had severe coughing fits several times a day that often left him out of breath. He had a periodic low-grade fever, too.

Wondering if he had COVID-19, Regan called a nurse hotline run by Denver Health, a large public health system in his city. A nurse listened to him describe his symptoms and told him to immediately go to the hospital system’s urgent care facility.

When he arrived at Denver Health — where the emergency room and urgent care facility sit side by side at its main location downtown — a nurse directed him to the ER after he noted chest pain as one of his symptoms.

Regan was seen quickly and given a chest X-ray and electrocardiogram, known as an EKG, to check his lungs and heart. Both were normal. A doctor prescribed an inhaler to help his breathing and told him he might have bronchitis. The doctor advised that he had to presume he had COVID-19 and must quarantine at home for two weeks. At the time, on April 3, Denver Health reserved COVID tests for sicker patients. Two hours after arriving at the hospital, Regan was back home. His longest wait was for his inhaler prescription to be filled.

Regan wasn’t concerned just about his own health. His wife, Elissa, who is expecting their second child in August, and their 1-year-old son, Finn, also felt sick with COVID-like symptoms in April. “Nothing terrible, but enough to make me worry,” he said. 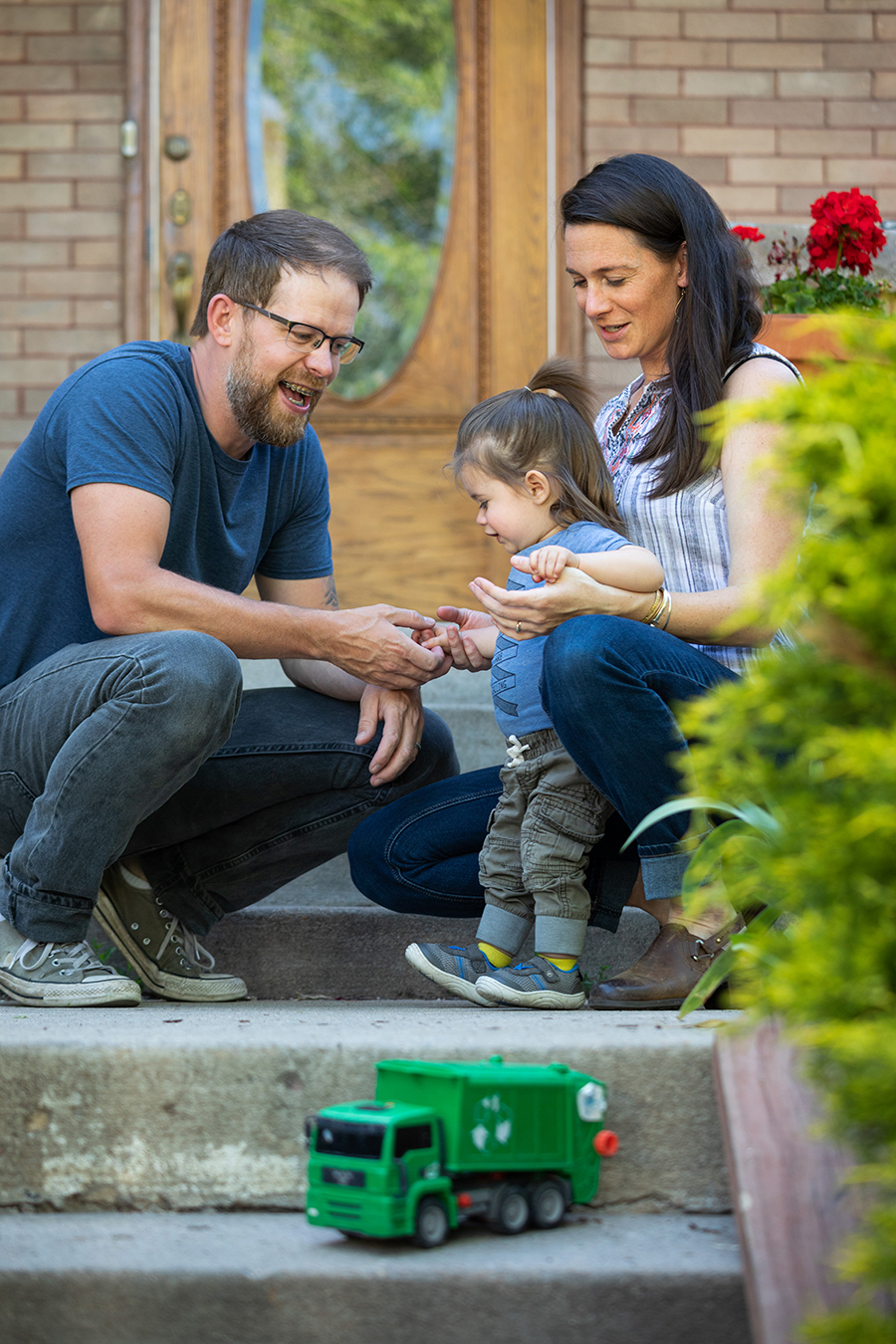 When Timothy had coughing fits and a low-grade fever from late March into April, his COVID-19 worries weren’t only about himself. He was also concerned for his pregnant wife, Elissa, and their 1-year-old, Finn, both of whom also felt sick with COVID symptoms in April.(Ethan Welty for KHN)

Regan, who is an estimator for a construction firm, worked throughout his sickness — including while quarantined at home. (Construction in Colorado and many states has been considered an essential business and has continued to operate.) Regan said he was worried about taking a day off and losing his job.

“I was thinking I had to make all the money I could in case we all had to be hospitalized,” he said. “All I could do was keep working in hopes that everything would be OK.”

Within a couple of weeks, the whole family, indeed, was OK. “We got lucky,” Elissa said.

The Patient: Timothy Regan, 40, an estimator for a construction company. The family has health insurance through Elissa’s job at a nonprofit in Denver.

Medical Service: Regan was evaluated in the emergency room for COVID-like symptoms, including a severe cough, fever and chest pain. He was given several tests to check his heart and lungs, prescribed an inhaler and sent home.

What Gives: When patients use hospital emergency rooms — even for short visits with few tests — it’s not unusual for them to get billed thousands of dollars no matter how minor the treatment received. Hospitals say the high fees come from having to staff the ER with specialists 24 hours a day and keep lifesaving equipment up to date.

Denver Health coded Timothy’s ER visit as a Level 4 — the second-highest and second-most expensive — on a 5-point scale. The other items on his bill were $225 for the EKG, $126 for the chest X-ray and $6 for his albuterol inhaler, a medication that provides quick relief for breathing problems.

The Regans knew they had a high deductible and they try to avoid unnecessarily using the ER. But, with physician offices not seeing patients with COVID-type symptoms in April, Timothy said he had little choice when Denver Health directed him first to the urgent care, then to its ER. “I felt bad, but I had been dealing with it for a while,” he said.

Elissa said they were trying hard to do everything by the book, including using a health provider in their plan’s network.

“We did not anticipate being hit with such a huge bill for the visit,” Elissa said. “We had intentionally called the nurse’s line trying to be responsible, but that did not work.”

In an effort to remove barriers from people getting tested and evaluated for COVID-19, UnitedHealthcare is one of many insurers that announced it will waive cost sharing for COVID-19 testing-related visits and treatment. But it is not clear how many people who had COVID symptoms but did not get tested when tests were in short supply have been billed as the Regans were. 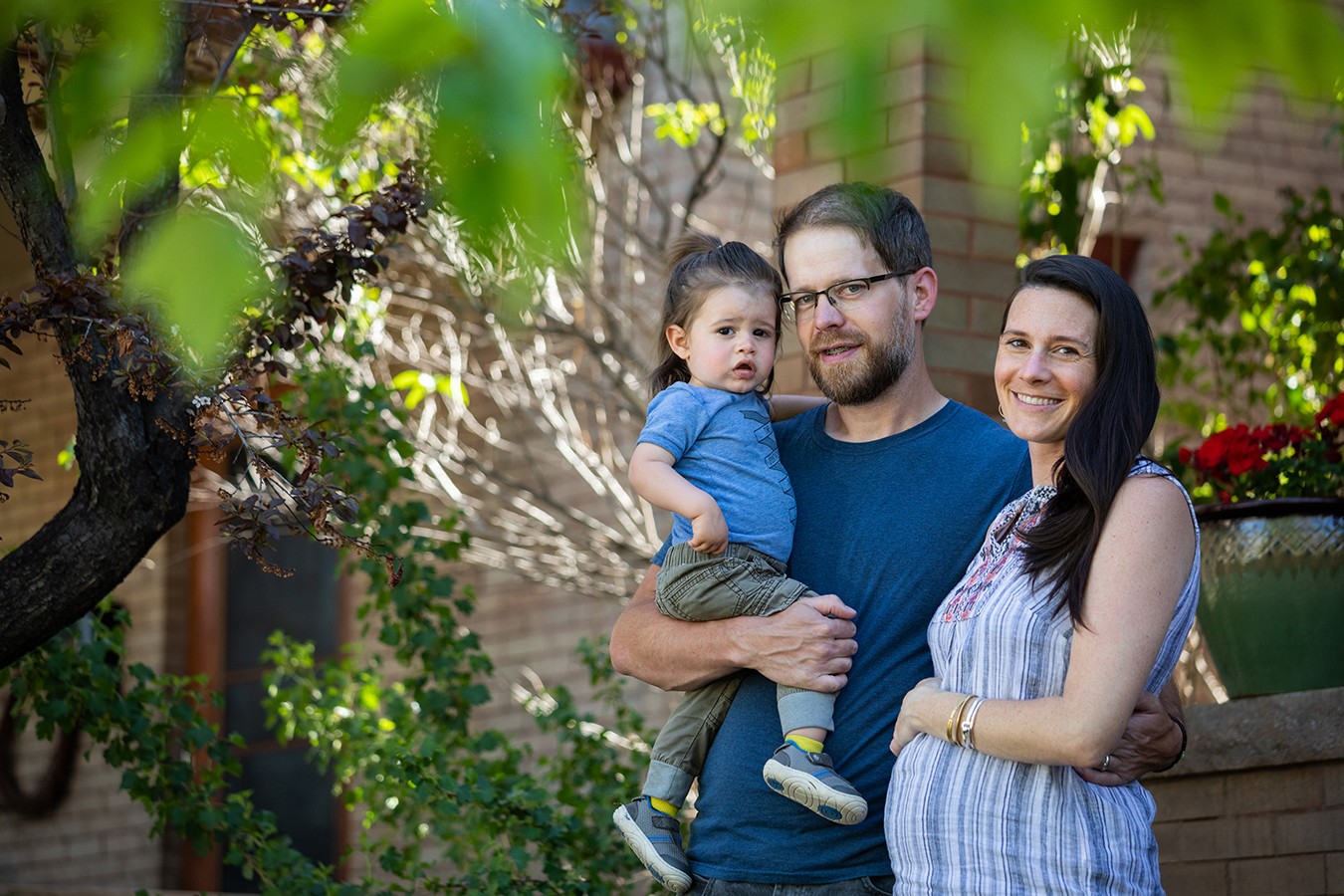 Timothy and Elissa try to avoid needlessly visiting the ER because of their high-deductible insurance plan, they say. Denver Health billed $3,278 for Timothy’s ER visit, leaving the Regans with a $2,236 tab based on their $3,500 in-network deductible. UnitedHealthcare officials reviewed his case at the request of KHN, and waived the couple’s cost sharing for the visit.(Ethan Welty for KHN)

UnitedHealthcare officials reviewed Regan’s case at the request of KHN. Based on Regan’s symptoms and the tests performed, Denver Health should have billed them using a COVID billing code, an insurer spokesperson said. “We reprocessed Mr. Regan’s original claims after reviewing the services that he received,” a United Healthcare spokesperson said. “All cost share for that visit has been waived.”

The Regans said they were thrilled with UHC’s decision.

“That is wonderful news,” Elissa Regan said upon hearing from a KHN reporter that UHC would waive their costs. “We are very thankful. It is a huge relief.” 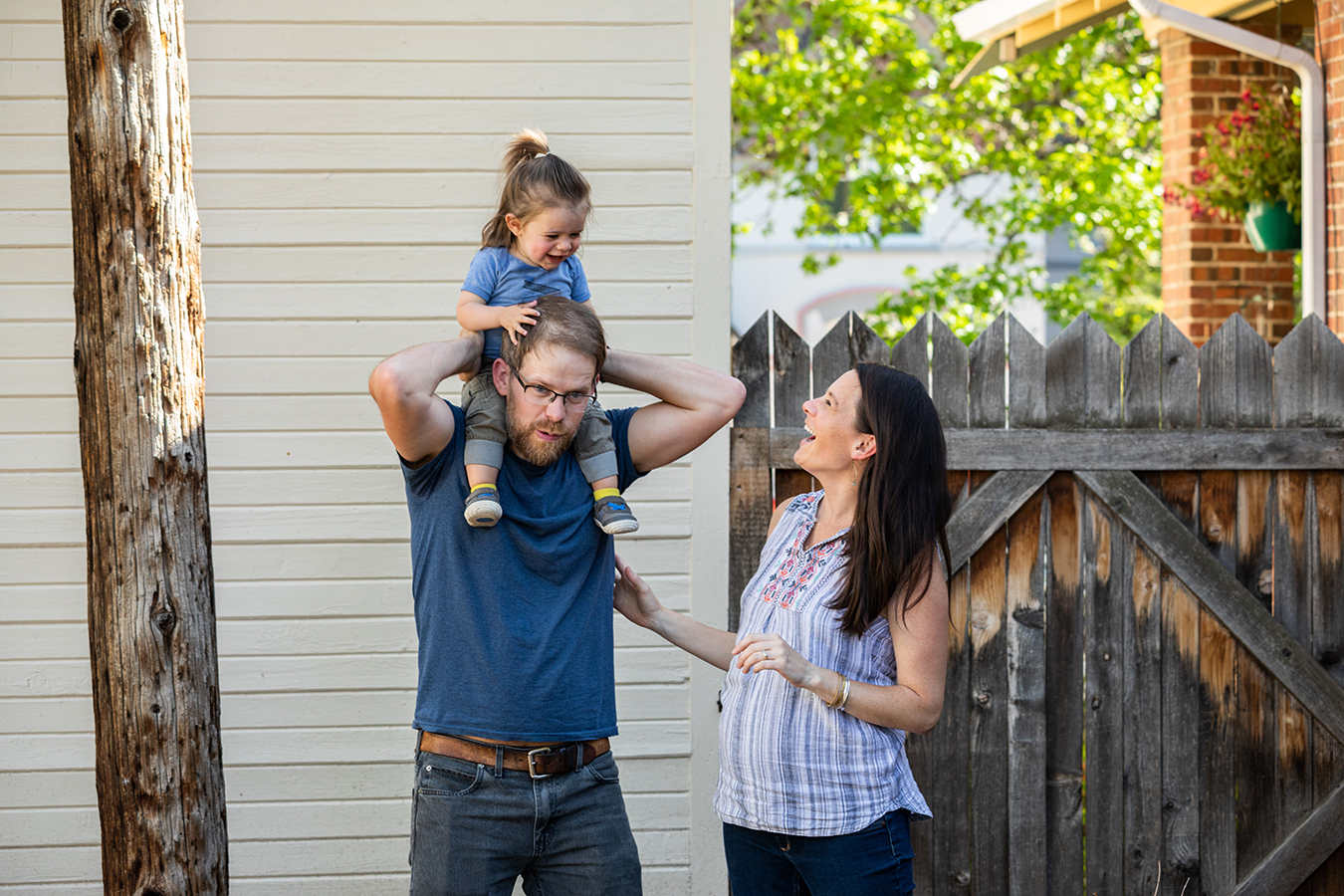 Timothy, Elissa and Finn all experienced COVID symptoms. Though they tried to do everything by the book, a trip to the ER for Timothy resulted in a $2,236 tab for the Regans, before their health insurer, UnitedHealthcare, subsequently waived it.(Ethan Welty for KHN)

The Takeaway: The Regans said they initially found no satisfaction in calling the hospital or the insurer to resolve their dispute ― but it was the right thing to do.

“He’s definitely not alone,” said Sabrina Corlette, a research professor at Georgetown University’s Center on Health Insurance Reforms. “The takeaway here is both the provider as well as insurance company are still on a learning curve with respect to this virus and how to bill and pay for it.”

Corlette said Timothy should not have second-guessed his decision to use the Denver Health ER when directed there by a nurse. That, too, was the right call.

Insurers’ moves to waive costs associated with COVID testing and related treatment is vital to stemming the outbreak — but it works only if patients can trust they won’t get stuck with a large bill, she said. “It’s a critical piece of the public health strategy to beat this disease,” Corlette said.

To help with billing, she said, patients could ask their provider to note on their medical chart when they are seeking care for possible COVID-19. But it’s not the patient’s responsibility to make sure providers use the right billing code, she said. Patients need to know they have the right to appeal costs to their insurer. They can also seek assistance from their employer’s benefits department and state insurance department.