Skip to content
This story also ran on The Charlotte Observer. This story can be republished for free (details).

STATESVILLE, N.C. — The ache in three of Kathy McCracken’s teeth started almost four years ago. It was hard for her to chew and swallow. She was sensitive to both hot and cold food.

“Pain, pain, pain” was how McCracken, now 69, described the feeling. After taking X-rays, she said, her dentist told her six teeth would need to be pulled.

She had two teeth with exposed roots, holes in another two, one tooth with a cap that had a cavity underneath, and a piece of a tooth left from one that had been pulled, she said.

McCracken found herself in difficult circumstances. The dental insurance she had through her husband’s employer was already maxed out for the year and, living on a fixed income, she couldn’t afford to pay the $3,000 out-of-pocket estimated cost of treatment. Seeing her predicament, her pastor in Statesville, the Rev. Amy Spivey, offered to use money from Monticello United Methodist Church’s discretionary fund to cover it.

“I thought about her dental health as something that is a major gap in her Medicare and how … because it’s such an extenuating issue and there’s no insurance or resources for it, she was caught,” Spivey said. 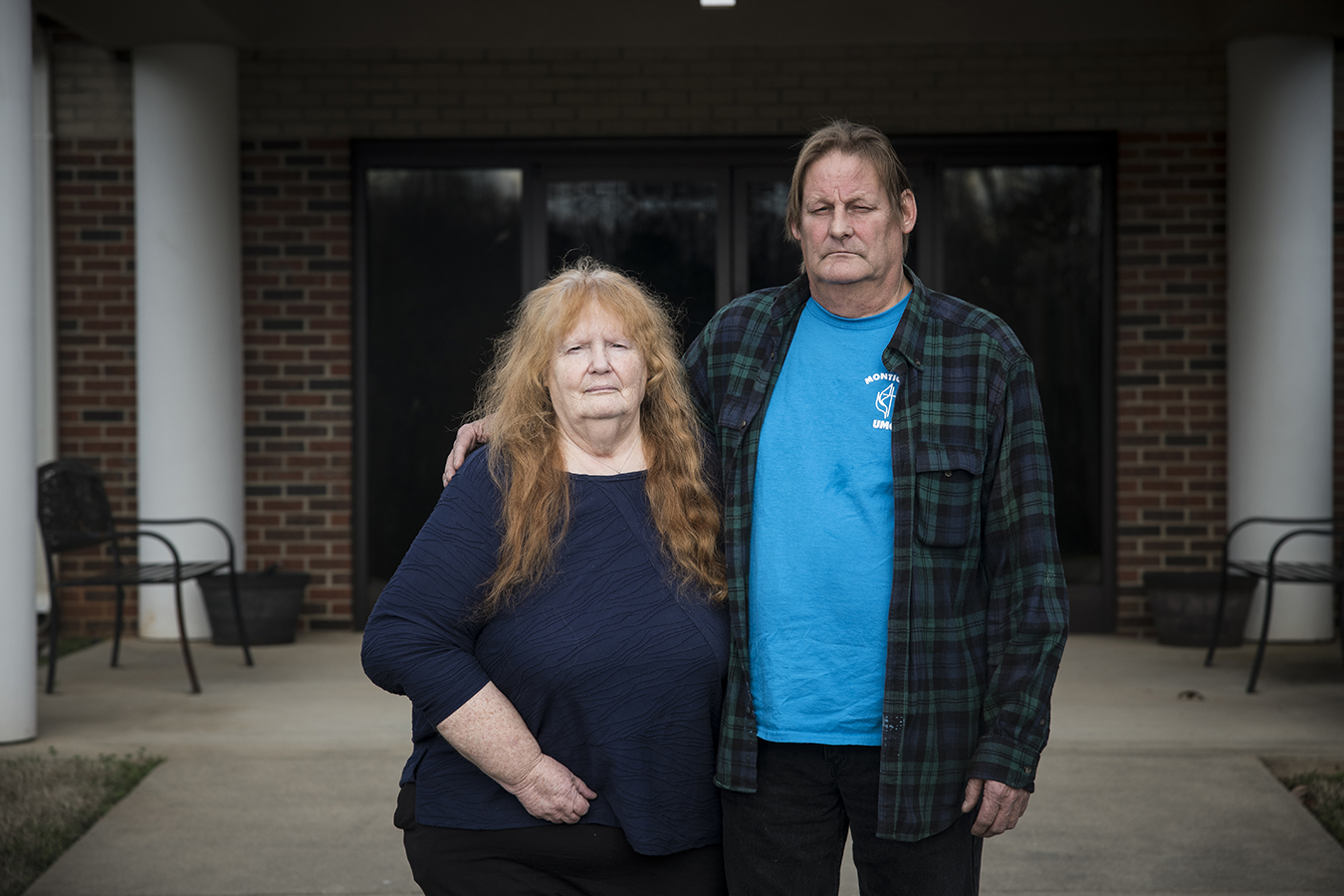 When Kathy McCracken — pictured with her husband, Jeff Fulp — couldn’t afford the $3,000 that her dentist estimated her tooth extractions would cost, the pastor of her church in Statesville, the Rev. Amy Spivey, offered to use money from Monticello United Methodist Church’s discretionary fund to cover it.(Charles Mostoller for KHN)

But when the bill for the tooth extractions ended up being more than $13,000 and McCracken’s account was sent to collections, McCracken and the church went into protest mode to fight charges four times higher than expected.

“This is a rural, small, country church,” said Bjarne Berg, the finance chair of Monticello United Methodist. “We don’t have a lot of resources, but when the church members get into this sort of trouble, we try to help each other out.”

Dental care is a medical expense that frequently leads to large out-of-pocket bills, since commercial insurers often stipulate a maximum payout of a couple of thousand dollars a year and Medicare offers no or limited coverage. That leaves patients extremely vulnerable.

Though both McCracken and her church had gotten estimates in advance, they fell victim to a common bait-and-switch: Many procedures can be done safely and relatively cheaply at an outpatient center but cost vastly more when performed in a hospital.

Told the procedure would be performed at Viewmont Surgery Center ― about 30 miles away in Hickory, North Carolina — McCracken authorized Spivey to contact the health care provider to confirm the $3,000 price estimate.

“I had to make sure that I had the money in the discretionary fund to cover it, and we did, and I felt confident about that,” said Spivey.

With the church ready to cover her bill, McCracken’s dental work was booked. But a couple of weeks before the surgery, McCracken said, the dentist’s office told her instead to go to Catawba Valley Medical Center, also in Hickory, to sign papers.

She didn’t think too much of it. “I thought that the Viewmont Surgery Center was a satellite of the hospital, but you have to go to the main hospital to sign the papers,” said McCracken.

While she was filling out the papers at the hospital, the administrative staff asked for her insurance card. McCracken had recently gotten her new Humana Medicare Advantage card in the mail and noticed it said dental was included. She handed it over and figured the insurance would help with anything left over after the estimated cost.

But that’s not how it played out.

Still confused about the difference in the two facilities, on the day of surgery, McCracken’s son drove her to Catawba Valley Medical Center, where she had six teeth extracted under general anesthesia in a procedure that took about 45 minutes.

But instead of the health care providers’ initial $3,000 out-of-pocket estimate for the procedure, McCracken received a bill of more than $13,000 from the hospital.

It is unclear why McCracken’s treatment was switched from one facility to another, and her dentist didn’t respond to multiple calls and emails for an explanation.

“I was stunned and hurt. The first thing I thought is, ‘Where are we going to come up with this?’” McCracken said. 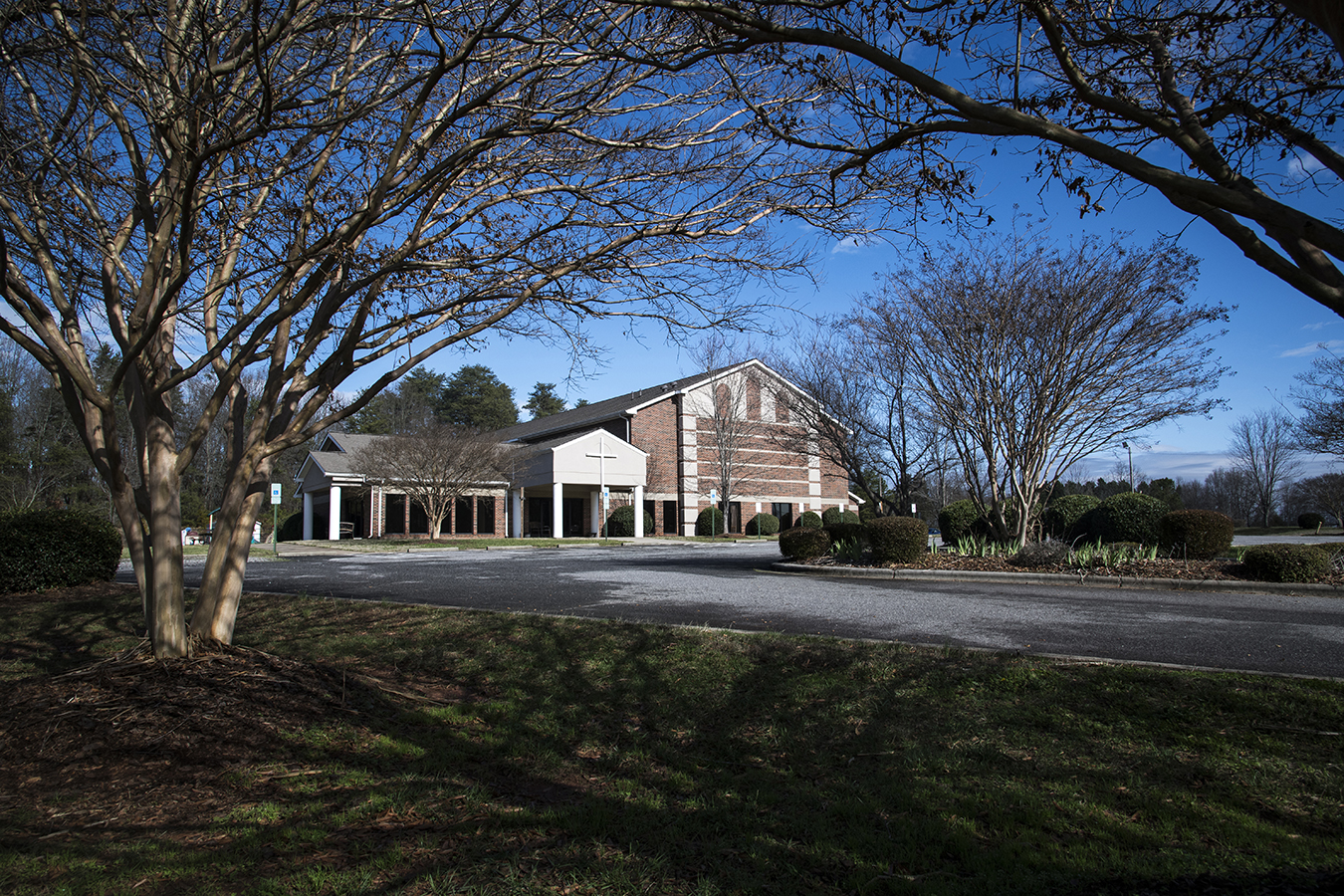 “This is a rural, small, country church,” says Bjarne Berg, the finance chair of Monticello United Methodist. “We don’t have a lot of resources, but when the church members get into this sort of trouble, we try to help each other out.”(Charles Mostoller for KHN)

After being notified that her account had been sent to collections, McCracken asked the hospital for help. Catawba Valley told her she did not “appear to qualify for financial assistance” under its charity care policy and offered her a 25% discount on the bill.

When asked to respond about McCracken’s account being sent to collections and her not qualifying for financial assistance, Matt Webber, the Catawba Valley Health System’s spokesperson, noted in an email that protecting patient privacy prevented him from speaking about McCracken’s medical care or financial arrangements. He also wrote, however, that KHN’s understanding of how the facility handles patient concerns about billing and financial matters was “incomplete” and “inaccurate,” though he provided no specifics.

But Berg, the church’s finance chair, was determined that neither the church nor McCracken would pay such a high bill, especially because the church had prepaid — before the facility switch — the dentist $1,427. The church also had paid a $700 bill to the anesthesiology group involved in the procedure.

He helped McCracken compose emails and letters contesting the bill and set up a meeting with hospital administrators to negotiate. Thankfully, McCracken had saved all her medical paperwork, including the original cost estimates.

After Berg discussed reimbursement rates with hospital staff, Catawba Valley Medical Center said the $13,000 bill could be settled if the hospital received $3,000 in payment. Berg found additional church funds to cover this amount — bringing the total that Monticello United Methodist paid for McCracken’s tooth extractions up to $5,127.

Seniors Should Be Aware Of Coverage Specifics

McCracken is one of 22 million seniors — or about a third of the total Medicare population — who was enrolled in a Medicare Advantage plan during 2019.

Traditional Medicare does not cover dental care, except when related to a medical procedure, such as for oral cancer. But dental coverage varies widely for seniors who enroll in Medicare Advantage plans. Even though many of those plans advertise “dental benefits,” that is often limited to routine cleanings and exams, as was the case for McCracken.

More seniors “will get some needed dental coverage, but also more will be confused about how much coverage they actually have, particularly because dental benefits vary so much across plans,” said Meredith Freed, a Medicare policy analyst at the Kaiser Family Foundation. (KHN is an editorially independent program of the foundation.)

For now, McCracken’s tooth pain is mostly gone. But she has only seven top teeth and seven bottom teeth left in the front of her mouth — and she worries about what will happen when those teeth wear down.

But she now feels better prepared to deal with the financial side of these issues and has already started contacting her insurance companies to find out what dental work, like dentures, might be covered.

“I’ve got a feeling if I don’t get some teeth in there, I’m going to have some problems,” McCracken said. But she added: “If it wasn’t for my church and Berg doing what he did, I would still be in a bad position.”