It’s been more than two years since most health plans have been required to cover all Food and Drug Administration-approved methods of contraception without requiring women to pay anything out-of-pocket. But even though an unplanned pregnancy would cost an insurer a lot more than the contraceptives to prevent it, some insurers still try to limit what they cover.

In a recent twist, a reader wrote to Kaiser Health News saying that her daughter’s insurer had moved her generic birth control pill out of the zero copayment tier of her plan’s formulary into a higher tier that requires cost sharing of $19 per month. 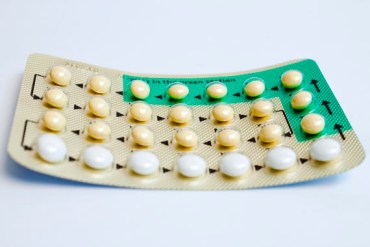 The regulations allow a plan to charge for a brand-name contraceptive, for example, if an equivalent generic is available without charge.

But it doesn’t follow that a plan can charge for most generics as long as it offers some for free, Sonfield says.

“All generics aren’t the same,” he says. “All of the different formulations should be on the zero tier, but that isn’t clear in the current guidelines.”

The health law’s contraceptive coverage requirements are aimed at improving preventive care for women. Most health plans have to comply. Plans with grandfathered status under the law are exempt as are those covering employees of religious institutions and certain privately held companies whose owners have a religious objection to covering contraception for their employees.

This isn’t the only instance in which insurers have tried to sidestep the law’s contraceptive coverage requirements. Some insurers have refused to cover the contraceptive patch or vaginal ring, claiming that those methods use the same hormones as birth control pills. Administration officials said they were separate types of hormonal methods and grouping them together isn’t permitted.

Despite Health Law Rules, Some Contraceptives May Require Co-Payments