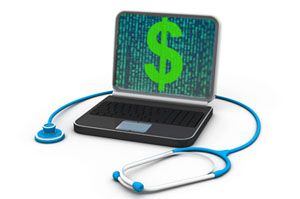 The Centers for Medicare & Medicaid Services website itemized $3.5 billion worth of payments to 546,000 doctors and 1,360 teaching hospitals, made between August 2013 and December 2013. But about 40 percent of those payments were listed without noting who received them, either because of concerns about whether CMS had the correct recipient information, or because the physicians named hadn’t had enough time to verify the payment information.

The database is the result of a Sunshine Act that was incorporated into the health law and is intended to intensify scrutiny of the relationships between physicians and the drug and device industries. Consumer advocates have argued that making this information available to the public – on gifts, speaker fees, research grants, meals, travel and investment interests worth $10 or more – is a vital step in ensuring doctors don’t have conflicts of interest affecting their research and medical decisions.

Pharmaceutical and medical device companies submitted the information, and CMS was required to give doctors and hospitals 45 days to review and contest any claims.

Another 199,000 records were not published because they detailed ongoing pharmaceutical research or because physicians were still disputing their contents. That information will be updated and published as it becomes ready, CMS Deputy Administrator Shantanu Agrawal said in a conference call with reporters.

“You have to understand, there are many facets of the relationship between physicians and industry,” said John Murphy, associate general counsel at Pharmaceutical Research and Manufacturers of America. “And they are vital to ensuring drugs get developed and get to the market.”

Industry representatives have suggested the database could distort relationships that are either innocuous or promote valuable research. But those supporting the Sunshine Act say that when making medical decisions, patients have a right to know their doctor’s connections. Research from the Pew Charitable Trusts found that doctors who receive money from the industry will sometimes change their prescription practices based on those interests.

In response to industry concerns, CMS is working to appropriately contextualize the information included in the database, Agrawal said.

“The intention is to provide a very balanced view of what the data is and what it is not,” said Agrawal, who is also director of CMS’ Center for Program Integrity. Some information, he added, might indicate productive relationships between providers and industry, while other details could note conflict of interest.

In addition to a broader statement explaining what the data may or may not indicate, the site includes information companies may have provided to describe specific payments, Agrawal said.

“We’re heartened to see – it looks like CMS put quite a fair amount of effort in putting in some context and background” on the site, Murphy said.

But, given the difficulty some have faced in accessing or navigating the site, it’s still hard to tell how effective some of those explanations have been and how accurate the information is, said Linda Burns, president of the American Society of Hematology.

“We want the data to certainly be transparent and publicly available, but we also understand that it’s only beneficial if the data is complete and accurate,” Burns said. “And I think that’s still yet to be seen.”

Other concerns about the site’s accuracy surfaced earlier this summer. In August, a physician reviewing which payments were attributed to him found incorrect information in the site. Following that, CMS temporarily took the site down to address that information – ultimately leading to the 40 percent of payments the agency published but did not identify.

That discovery prompted calls from interest groups such as the American Medical Association to push back the site’s launch to March 31, 2015. The AMA argued that site inaccuracies could unfairly harm physicians and that technical challenges had left doctors insufficient time to review and challenge the information included.

Robert Wah, president of the AMA, cited data from CMS that indicated about 26,000 physicians registered with the Open Payments site to review and dispute any claims. That number, he noted in an interview, was much smaller than the 546,000 doctors in the system, meaning most doctors have had little time to review information.

He cautioned consumers that “there is a high likelihood of inaccuracy when only 26,000 physicians had a chance to look at it.”

CMS intends to unveil a second, more user-friendly site for consumers in October, Agrawal said. Some questioned how accessible the site now is. For instance, a PDF of a dictionary meant to help users navigate the site and understand its terminology spans 51 pages. Others pointed out the lengthy period of time it took to download the spreadsheet of payment information.

“I’m hoping we’ll see some fact sheets and Q&As – which they promised but I don’t see yet,” Murphy said.