Skip to content
This story also ran on Bloomberg. This story can be republished for free (details).

Some of the seized records would show that Campbell endangered patients by prescribing opiates without any medical need, according to federal prosecutors. Campbell, who collected millions of dollars from Medicare for urine tests run at his office lab, also failed to act when test results revealed patients were abusing prescription and illegal drugs, according to a government medical expert’s report.

Four patients died from drug-related causes under his watch, the report said. Others flunked two dozen or more urine tests, but the clinic kept prescribing them pills. One patient with a history of overdoses failed 46 urine tests and was never confronted about it. Campbell denied wrongdoing.

The nation’s opioid crisis has prompted an explosion in urine testing. The scourge has driven huge profits for many pain clinics across the U.S., an ongoing Kaiser Health News investigation shows. Spending on urine screens and related genetic tests quadrupled from 2011 to 2014 to an estimated $8.5 billion a year — more than the entire budget of the Environmental Protection Agency, according to a KHN analysis of billing data from Medicare and private insurance billing from the Mayo Clinic.

Medicare and other insurers pay for urine tests with the expectation that clinics will use the results to detect and curb dangerous abuse. But some doctors have taken no action when patients are caught misusing pharmaceuticals, or taking street drugs such as cocaine or heroin. Federal pain guidelines say doctors should discuss test results with patients and taper medication if necessary. 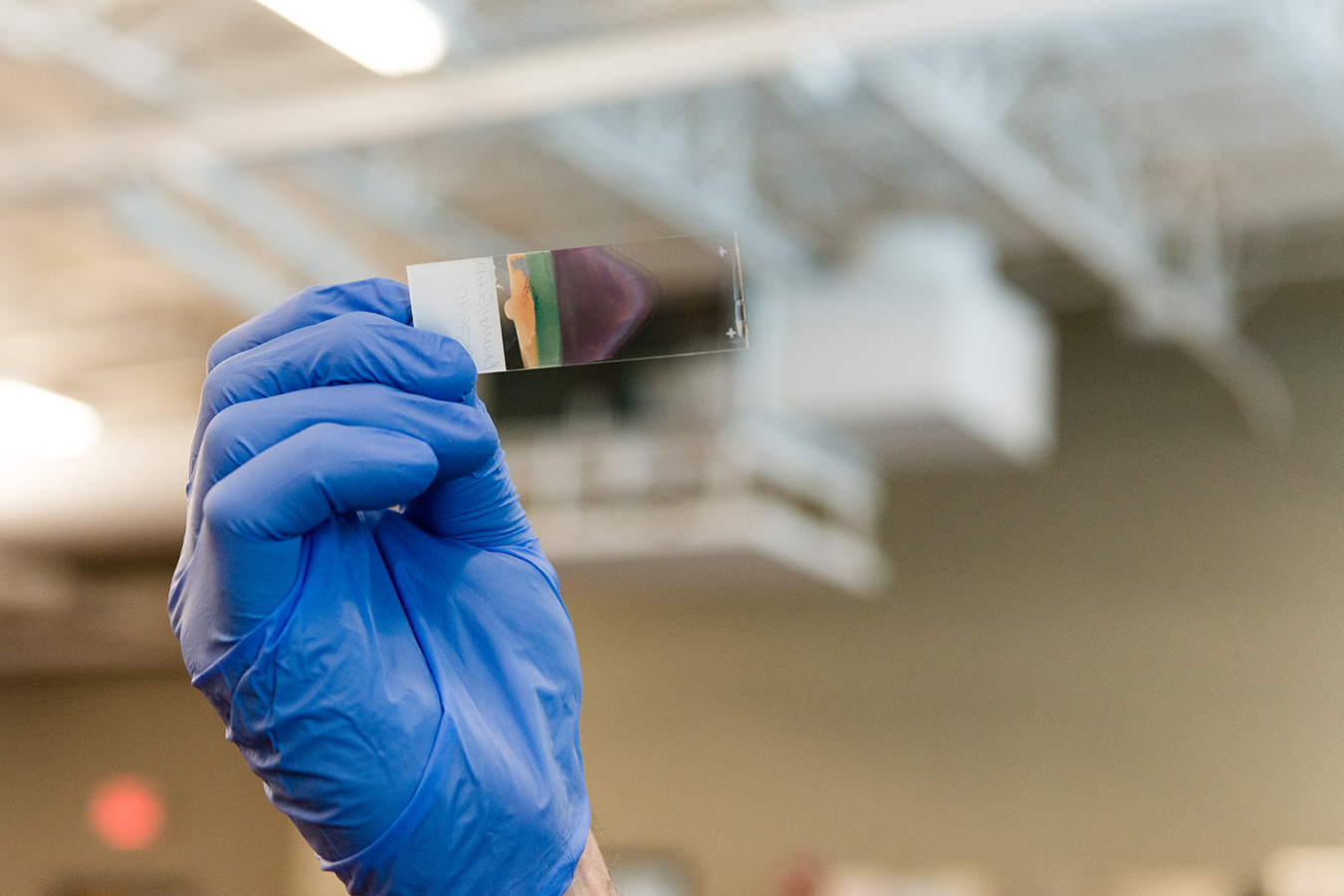 Medicare and private insurers acknowledge that they lack the resources to routinely verify that doctors who order a high volume of drug-related tests do so to improve patient care, not fatten the bottom line.

“This is a big issue,” said Louis Saccoccio, who heads the National Health Care Anti-Fraud Association, a group formed by private insurers and government officials. “There are abusive practices out there.”

One such doctor was Alabama pain specialist Shelinder Aggarwal, who billed Medicare and private insurers over $9 million for urine tests solely “because he served to profit,” according to prosecutors in Alabama. He pleaded guilty to illegal prescribing and health care fraud. Earlier this year, a judge sentenced him to 15 years in prison.

Theodore Parran, who has served as an expert witness for the federal government, predicted more doctors could face fraud charges, or discipline by state medical licensing boards, over lab testing that appears to be profit-motivated.

“This is certainly on their radar,” Parran, a professor of medical education at Case Western Reserve University School of Medicine, said in an interview. Ignoring repeated abnormal urine tests “is bad medicine” that “endangers the safety of the patients and the community.”

The KHN investigation earlier this year found that dozens of pain doctors with their own labs took in $1 million or more in 2015 from Medicare for running urine and, in some cases, genetic drug tests. Some doctors derived at least 80 percent of their Medicare income this way.

Campbell’s office was among the clinics billing Medicare the most in the country, according to KHN’s data analysis of Medicare billing records.

Campbell and his staff at Physicians Primary Care PLLC billed the government agency a total of nearly $6 million for urine testing during 2014 and 2015, according to the KHN analysis. 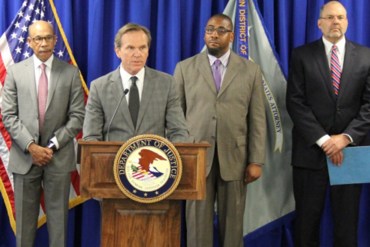 John Kuhn Jr., U.S. attorney for the Western District of Kentucky, in July announced a range of health care fraud indictments, part of a nationwide sweep that charged hundreds of defendants. (Courtesy of the U.S. Department of Justice)

In June, more than three years after the Indiana raid, a federal grand jury in Kentucky indicted Campbell and two associates. The charges — which were announced July 13 as part of a national health care fraud sweep — include multiple counts of illegally distributing prescription drugs and health care fraud; one fraud count accuses Campbell of ordering costly genetic tests through an outside lab that were “not medically necessary and never interpreted.” All of the defendants pleaded not guilty.

Neither Campbell nor his attorney, Page Pate, would comment for this story. However, in an interview with KHN several months before his indictment, Campbell said the government’s case was “without merit.” He denied he ran a “pill mill” and said he relied on his “state-of-the-art” lab, which serves the Jeffersonville clinic and a branch just across the Ohio River in Louisville, to help keep patients safe.

“We do a lot of drug testing for patients and we do it appropriately,” Campbell said.

Indeed, deciding how often to order these tests, and for which patients and drugs, can be a judgment call. Doctors also sometimes disagree over what action they should take against patients with “dirty” urine: Some doctors kick out drug abusers, while others argue that is unethical. Instead, doctors should counsel these patients and refer them for substance abuse treatment, they say.

Donald White, a spokesman for the U.S. Department of Health and Human Services’ Office of the Inspector General, said if test results are disregarded, “why is the test being ordered in the first place?”

“When abnormal urine drug test results are not acted upon by the physician who ordered the test, it raises concerns not only that the testing itself is not medically reasonable and necessary, but also that the doctor’s treatment of the patient may fall below the standard of care,” White said.

Prosecutors say Campbell kept them at bay for years by asserting that records seized in the raid, including computers and emails, contained privileged attorney communications. Clearing that hurdle delayed them from sending medical records to an outside expert for review, prosecutors said.

Indiana anesthesiologist Timothy King, who wrote the government medical expert’s report in the Campbell case, examined 19 patient files this year for his report. He concluded that Campbell “fails to practice medicine according to generally accepted medical principles and standards of care,” and “routinely” prescribed opiates “without a medical purpose.”

King said Campbell gave four patients a brew of pills known as the “Holy Trinity,” which King called “a street-popular combination of opiate, sedative and muscle relaxant that produces a heroin-like euphoria.”

All 19 patients repeatedly failed their tests, which King described as an obvious warning sign that they were ingesting prohibited drugs, or possibly peddling unused pills on the street.

The four people who died showed telltale signs of trouble such as admitting they had diverted some of their medicine, or had been visiting other doctors to feed pill habits according his report.

A 25-year-old woman identified only by the initials “CM” had “vague” complaints of lower-back pain and used drugs “for purposes of abuse and diversion,” according to King. She died three days after the clinic issued her a prescription for painkillers methadone and hydrocodone, King wrote. “EL,” who was homeless and disabled, died from a drug overdose in July 2014, also three days after her office visit, according to the report.

All have pleaded not guilty. No trial date has been set.

Prosecutors also are seeking forfeiture of Campbell’s Jeffersonville office building and other proceeds.

Attorneys for Antle and Dyer also had no comment. In the earlier interview with KHN, Campbell argued his practice attracts many difficult patients who have “no other option” to seek relief from pain. “Nobody else will see these people,” he said.

He ordered tests for a slew of substances because none of his drug-abusing patients “ever just uses one drug. They use everything they can get their hands on.”